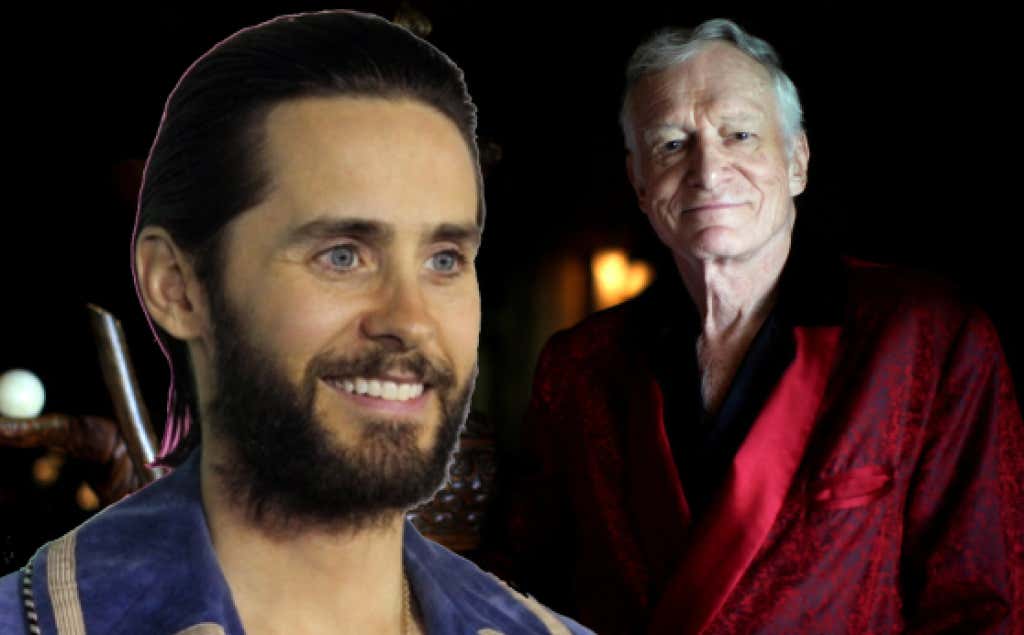 The Hollywood Reporter- Jared Leto, 45, will soon be donning the iconic silk pajamas and smoking jacket of Playboy founder Hugh Hefner, who died Sept. 27 at age 91, for an upcoming biopic from Brett Ratner.

“Jared is an old friend,” says Ratner, 48, who will direct the film. “When he heard I got the rights to Hef’s story, he told me, ‘I want to play him. I want to understand him.’ And I really believe Jared can do it. He’s one of the great actors of today.”

Leto fucks for sure, don’t get me wrong, but now he has an excuse to fuck like Hefner. It’s one of the more genius moves in the history of Earth. To prepare for this role, he has to lay in bed pretending like he literally can’t move a muscle while different Playmates take turns fucking his dick off for a minute at a time. In between each one, his “main” girlfriend will wipe his shaft off. No focus can actually be spent on pleasuring any of the women, and their pussies will never get within two feet of his face. That’s just his way of method acting. It’s actually crucial to the production of the film. Oh and he unfortunately has to wear pajamas at all times for a few months. What a shame.

Eventually this guy is gonna back his way into playing the President of the United States and we’re going to just hand over the nuke codes to make getting into the mindset easier for him.