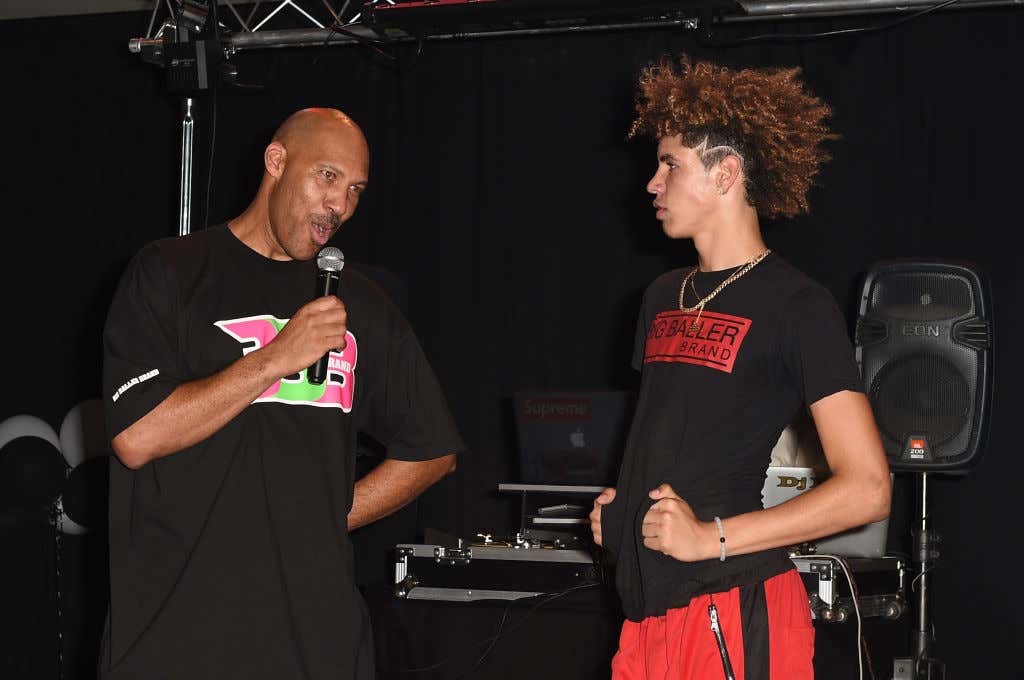 LA Times- The high school basketball career of LaMelo Ball is over. The 16-year-old junior at Chino Hills will be home-schooled and not play for any team, his father, LaVar Ball, said Monday in a phone call. “I’m going to make him the best basketball player ever,” LaVar said. He intends to check him out on Tuesday.

LaVar had already been having concerns about Chino Hills’ new coach, Dennis Latimore. “It’s good for Melo,” LaVar said. “Less distractions. He just needs to focus.” The next time people will be able to see LaMelo play is next spring in travel ball. “They’ll have to sit back and wait,” LaVar said. LaVar said LaMelo still intends to sign with UCLA. 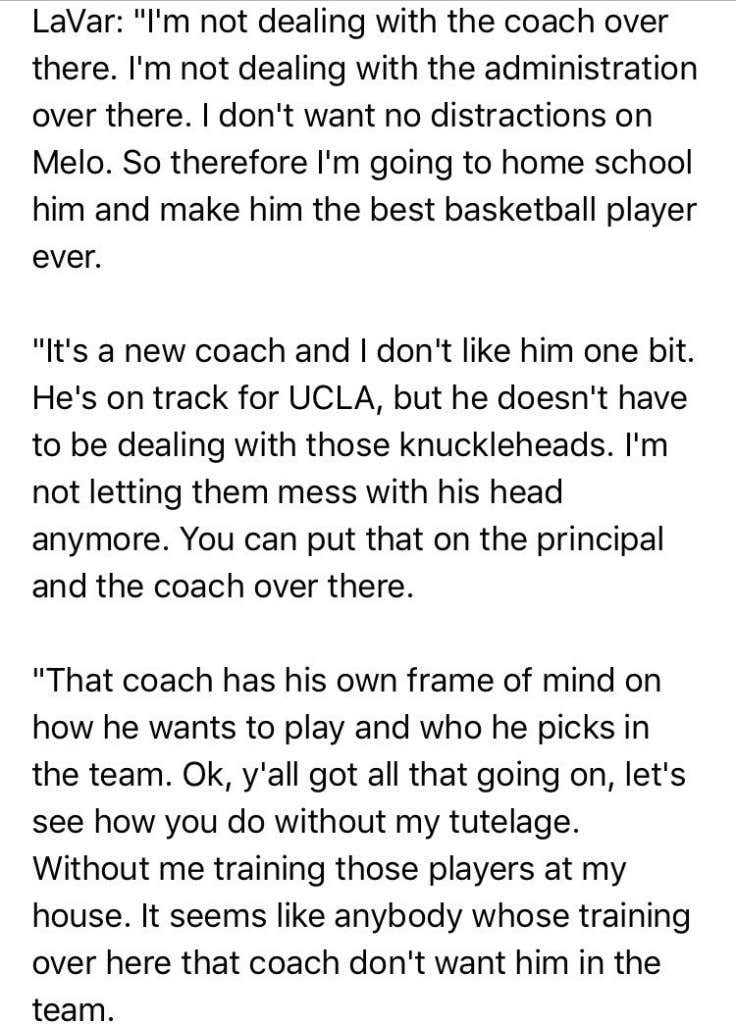 Guys call me crazy, but I think LaMelo Ball may end up turning out to be a different kind of kid after this move. Or maybe the reality show, sneaker deal, and general circus around the Ball family will do that. But I’m a Big Baller until the day I die and I have to blindly believe that the biggest Baller knows exactly what he is doing. LaVar has been one step ahead of the game this entire process. He’s Frank Abagnale and the haters are James Hanratty. They try to pin him down, but whenever they think they have all the answers, he changes the questions. Lonzo somehow ending up on the Lakers like LaVar predicted for months was Frank passing the Louisiana state Bar. They still can’t believe it happened but fortune favors the bold.

Nonetheless, the haters are going to be out now that LaVar has done a move this drastic. I will admit that I’m really not sure what LaVar’s plan really is. Ball In The Family may get a bump up in internet ratings but it’s hard to sell shoes for a high school basketball player when the high school basketball player isn’t playing basketball. Maybe LaVar truly doesn’t like the coach. Maybe he realized that sneaker dollars are about to dry up in college basketball after that massive scandal and he’s gonna turn LaMelo into one of those weirdo home schooled spelling bee savants until he can make NBA money. Maybe he is going to open up his own high school to go with his apparel company and rap label. Or maybe (probably) LaMelo has no chance of getting into UCLA after he got his own deal and LaVar is just gonna stop the whole student-athlete charade at all levels and train Melo himself before shipping him overseas for a year or just letting him play locally since they’ll be coasting off Lonzo’s money and that BBB income. Charing $495 for shoes that probably cost $10 in material and were made by your middle son leaves a good amount of profit.

Also the fact Vince McMahon hasn’t already publicly reached out and offered the Balls a contract with the WWE so they can become the most exciting tag team since the Hardy Boyz were in one piece tells me that Vinny Mac has lost his fastball.