Kind of awkward situation here.  I think this dude was going for the ultimate mic drop moment (I mean he actually dropped something for full effect) expecting the GIF reaction from the crowd:

Instead he got complete silence and some uncomfortable shuffling of chairs.  Also he basically just announced to the whole school he’s a cuck, which is usually something you like to keep on the DL.  Practically grabbing a megaphone and announcing to everyone within 500 feet that your girl cheated on you because your dick sucks is kind of a bad look as opposed to a good one.  In fact the more I talk about I’m starting to see more and more how hard this dude played himself.   Just announced this his girl was officially on the market, free for polo shirt bro to slide right in. 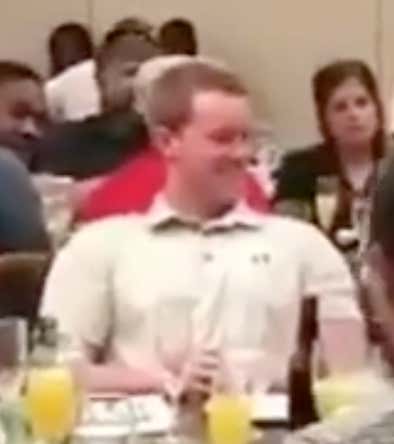 Probably why you got cheated on in the first place cuckboy.