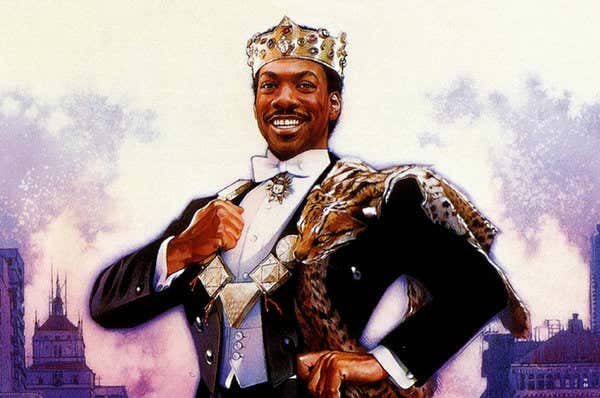 THR- Jonathan Levine, the director of Warm Bodies and 50/50, and Black-ish creator Kenya Barris are teaming for Coming to America 2. Levine has been tapped to direct a follow-up to the 1988 Eddie Murphy comedy, with Barris on board to rewrite the script. The sequel has long percolated at Paramount, but it was only this spring that the studio made it official, with Barry Blaustein and David Sheffield, who penned the 1988 original, hired to write the follow-up. Although there is no deal in place, Murphy is involved with the development of the sequel — which will be produced by Kevin Misher — and is expected to star. 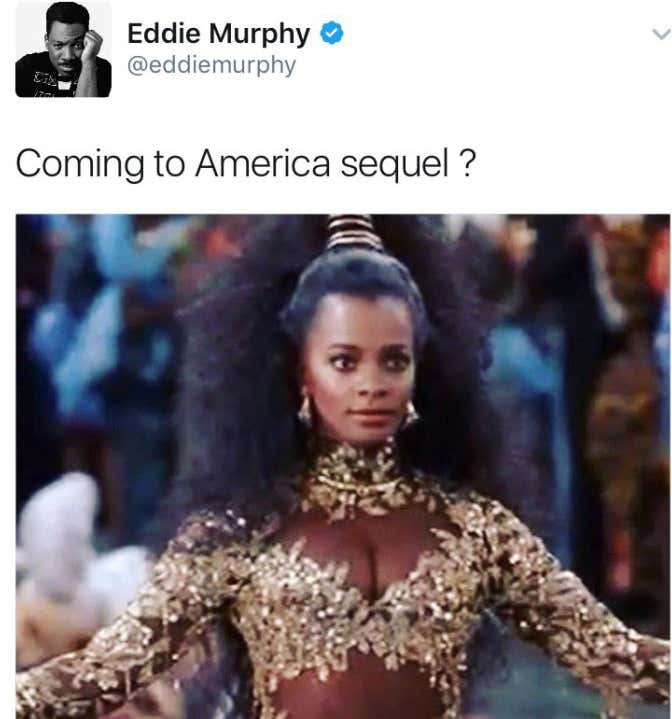 Nope. Hollywood’s reboot, remake, and sequel machine continues to churn out shit that nobody wants and this is the latest example. The original Coming To America is a goddamn classic. Great lead characters, maybe even better supporting characters, and material for days for idiots like me that include movie quotes in their daily vernacular. But the original came out 30 years ago. THREE ZERO. Fuck the joke about it being older than Robbie Fox. It is older than like 80% of the sad souls at Barstool HQ. Lets take a look at what Eddie Murphy has been up to lately.

Obviously Donkey from Shrek is a Hall of Fame cartoon movie character and I heard Eddie was good in Dreamgirls. But there are some absolute DOGS in that list of movies. Flop fucking city. I heavily researched Eddie’s awards from this decade (went to his Wikipedia page) and the list of Razzies is brutal.

I would love if this movie was somehow a return of the old school Eddie Murphy. I would also love if Barry Sanders came back into the NFL and ran for 2000 yards while cutting and juking like Tarik Cohen. I just don’t think it’s going to happen. And unless this sequel somehow gets a passing grade on Rotten Tomatoes, I will probably ignore it and watch the OG movie as the sequel disappoints like basically every comedy sequel ever.