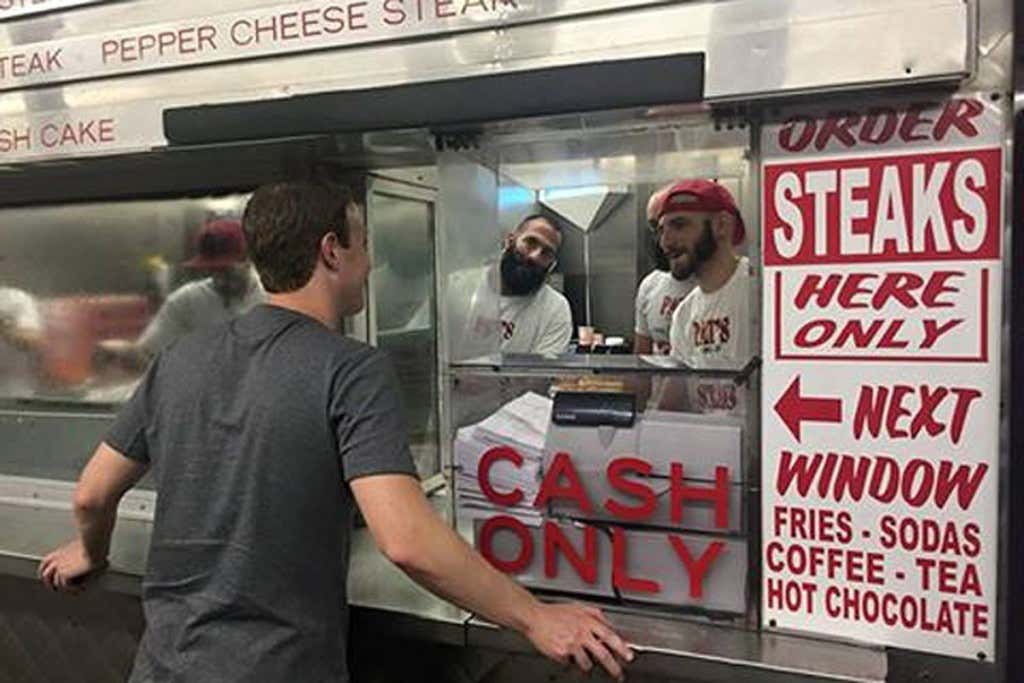 Obviously there was something magic in the air in South Philly yesterday. As a lifelong Philly sports fan, I can confirm that shit like that Jake Elliott game winning field goal just don’t happen here. The Eagles don’t just pick up a kid 2 weeks ago who eventually goes on to hit the longest field goal in team history to ruin a division opponent’s season in week 3. At least not without the help of some sort of magic. As it turns out, that magic came in the form of Mark Zuckerberg hanging out on Passyunk Ave to grab a few cheesesteaks with the boys at Pat’s.

Now there are 3 certainties in this life. Death, taxes, and people from Philadelphia always feeling the need to tell you that Pat’s and Geno’s are for tourists any time a cheesesteak debate gets brought up. And then proceed to give you the rundown of at least 7 or 8 different little corner deli’s that you’ll never go to that have better cheesesteaks. Every single damn time. You ask the question “Pat’s or Geno’s” around here and you get your ass beat. I guess my problem is that I’m just not a huge cheesesteak guy. More of a roast pork sandwich guy myself. So there’s really nothing I hate more than the cheesesteak debate. I like them, don’t get me wrong. But I’m not overly passionate about one spot more than another. If I had to make a choice I guess I go with Dalessandro’s or Jim’s. But am I ever going to scoff at someone for calling Pat’s “the best cheesesteak in the land?” 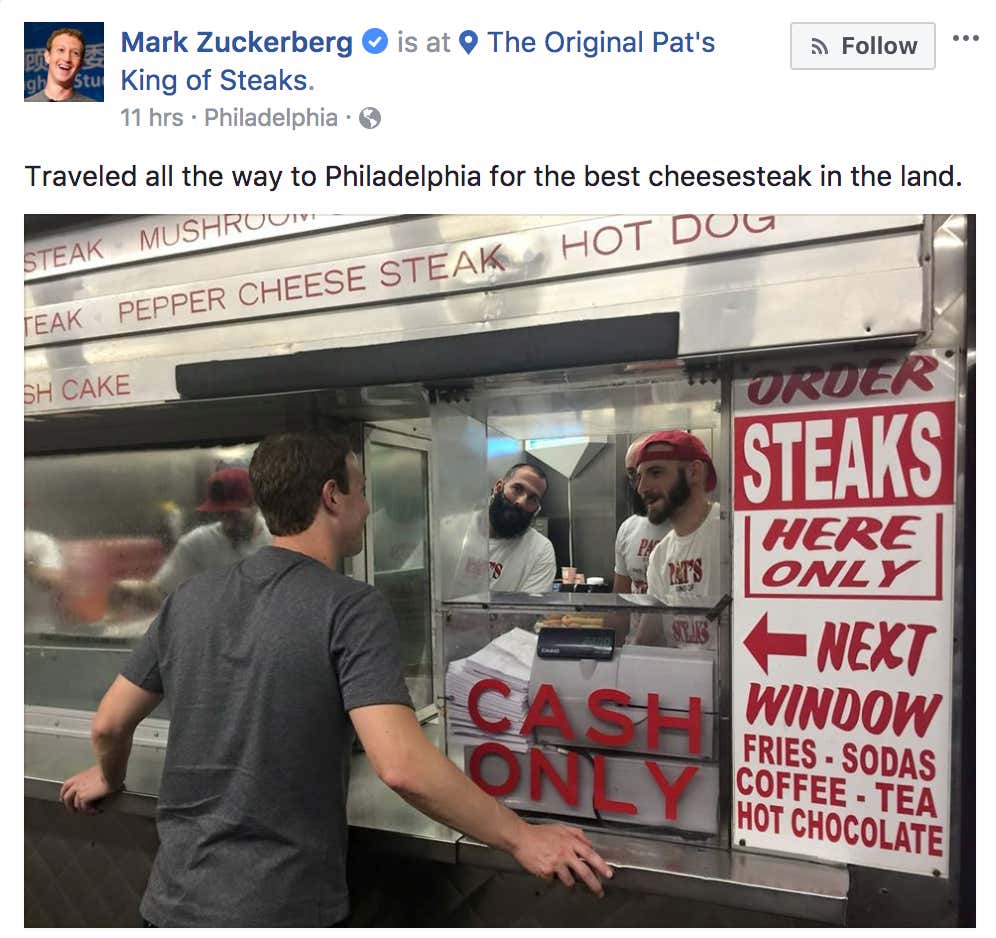 Absolutely fucking not. Especially not Zuck. Because if Zuck loves Pat’s, then that means that I love Pat’s. And maybe one day we can bond over our mutual love for Pat’s and let that blossom into a friendship where he comes to Philly every so often during his Presidential campaign and puts a few thousand dollars in my bank account. Now excuse me while I go devour a Whiz Wit for lunch.