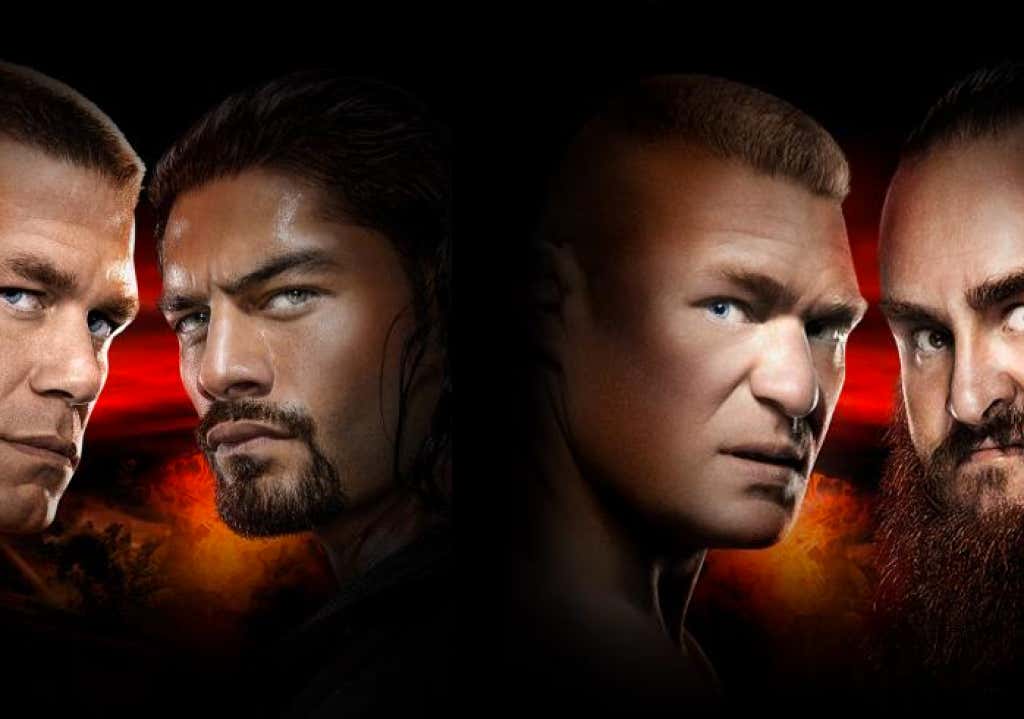 Mayweather/McGregor? GGG/Canelo? Move aside. Tonight at WWE’s No Mercy pay-per-view, there are two matches bigger than both “superfights” this year.

First, John Cena will step into the yard of The Big Dog, Roman Reigns, and try to prove that part timer or not, he’s still the face of the WWE. This is a dream match years in the making, since The Shield collapsed and Reigns stepped up to the plate to become Cena’s replacement. Most fans despised him for being the handpicked “corporate” favorite, but he’s proven the haters wrong time and time again in big matches, and pretty much NEVER disappoints. When he steps in the ring with “Big Match John”, sparks will fly, the crowd will go berserk, and we’ll be in for a very special first time matchup.

Then, in the main event, Brock Lesnar will defend his WWE Universal Championship against the Monster Among Men, Braun Strowman. At SummerSlam, the two were in a Fatal 4 Way match together for Lesnar’s title, and nobody gave the champ more trouble than Braun. He was actually carted out on a stretcher due to Strowman’s excessive attacks. This is gonna be a fucking sick hoss match that the crowd will be going wild for, and I think literally everyone wants Braun to go over. He’s the breakout star of the year, maybe the decade, and even though this is No Mercy, a kinda B-level show, it’s time. Time for the BRAAAAAAAUUUUUUUUN Era to begin.

Both of these matches could be WrestleMania main events in a heartbeat, making tonight’s show a must watch. Plus, Alexa Bliss will defend her RAW Women’s Championship in a Fatal 5 Way against Bayley, Sasha Banks, Emma, and Nia Jax, Cesaro and Sheamus will challenge Seth Rollins and Dean Ambrose for the RAW Tag Team Championships, Finn Bálor and Bray Wyatt’s meh feud continues, we get to see if Neville is good enough to carry Enzo to a decent match, and Jason Jorgle’s got his shot at gold! Tune in on the WWE Network tonight (you can get a free trial) and crack open some cold ones with your pals. It’s gonna be a great fucking show.