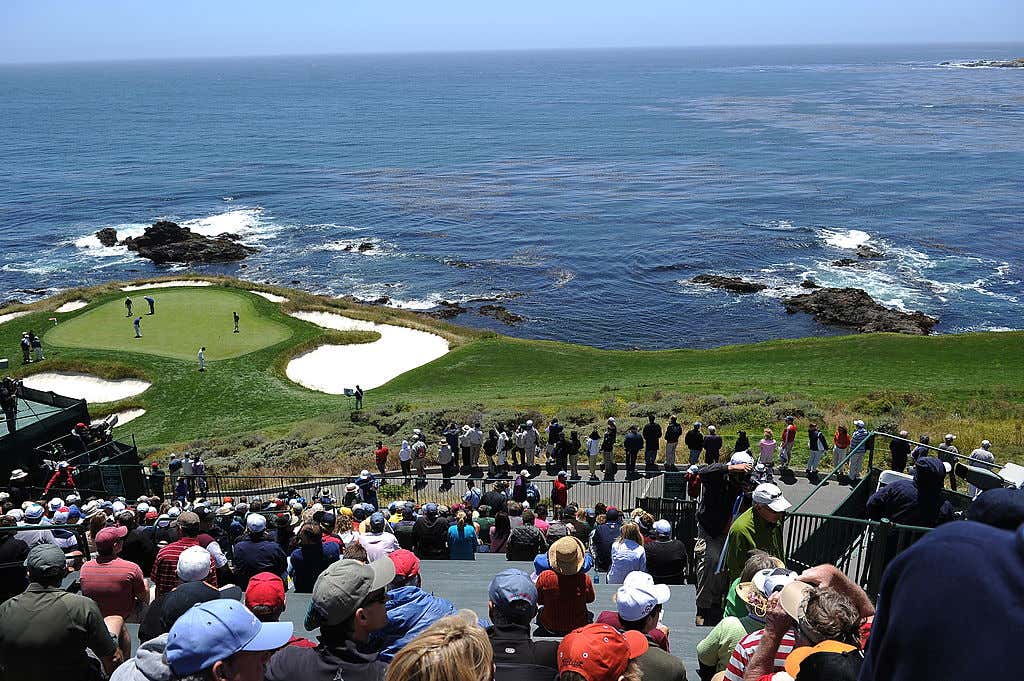 Above is the little 7th at Pebble. This 106-yarder, which was deemed unfit for championship play by then-renowned course architect William Herbert Fowler in 1920, now stands as one of the great par-3s on earth. It’s played as short as 92 yards, and Tiger’s said he’s hit everything from a wedge to a 4-iron here.

In the video game, we’ve all turned on gale force winds and hit a couple into the Pacific. Great hole.

Kudos to Faldo drunkenly convincing Nantz to Periscope because it’s oddly enjoyable to watch. Mostly because we see that on-air, Masters-commentating Jim Nantz is literally the only Jim Nantz that exists. He’s IDENTICAL 24/7/365. That’s Jim Nantz. That’s the only Jim Nantz. Fucking ISIS could break down his front door with machetes and he’d calmly be like, “Hello friends.”

Even taking it a step further, of course he cranks Masters theme music in his backyard while people hit shots at his replica green trying to earn a spot on his hole-in-one plaque. Be more Jim Nantz, Jim Nantz. You can’t.

And Sir Nick? Well you gotta love how little Sir Nick knows about anything.

Nantz: “Nope, no he’s not playing this week.”

Faldo: “I’m playing this week in the Pure Senior thing.”

Faldo and Nantz, what a gruesome twosome.