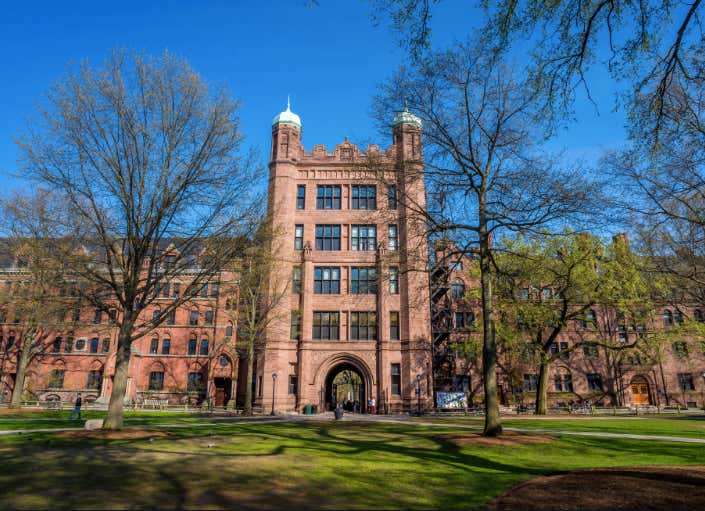 Source- Yale University has kicked off the new school year by officially scrapping the terms “freshman” and “upperclassman” and replacing them with the gender-neutral terms “first year” and “upper-level students.”

“It’s really for public, formal correspondence and formal publications … we’re not trying to tell people what language to use in their everyday casual conversations,” Dean Marvin Chun told the school newspaper. “We’re not trying to be language police.”

Chun applauded the “modern” terms, saying he hopes they will be used exclusively in all communications by next academic year.

Rumblings for more inclusivity began last year, and by spring administrators began using the new terms. Cornell University, Columbia University and Dartmouth College have all inched away from the old labels in official documents as well.

I love this so much. Not the actual changing of the names, just knowing how upset people are going to get. The thought of people going to battle with Yale over this is laugh-out-loud funny. I can’t wait for the first on-camera interview, “It’s about preserving what have!” “Political correctness is ruining our country.” It’s going to be great. For the record, I think it’s a stupid name change but you’re not going to see me protesting it. Why? For starters I’m a twenty-eight year old male and I don’t go to Yale. Second, you can still call it whatever you want. They’re not telling you what to say, they’re just changing the name in their pamphlets. It’s not a liberal conspiracy or an imposing of “LGBT values” whatever that means. It’s a bizarre over-extension of an olive branch. To whom? I’m not sure, but let’s leave it at that. It’s not worth getting your panties in a bunch.

I wonder who actually made the suggestion in the first place. Was someone offended? Hungover? I don’t get it. The terms “freshman” and “upperclassmen” have been around since the beginning of education. Are people actually offended by them? Even if they are, who gives a shit? I can understand changing outdated terms but this seems like overkill. Maybe they were going for a Euro-vibe. “First year” and “upper level” sound very Harry Potter. Actually scratch that, it has more of a Summer Heights High vibe. Regardless, if you care about this you’re a loser. There are bigger fish to fry.