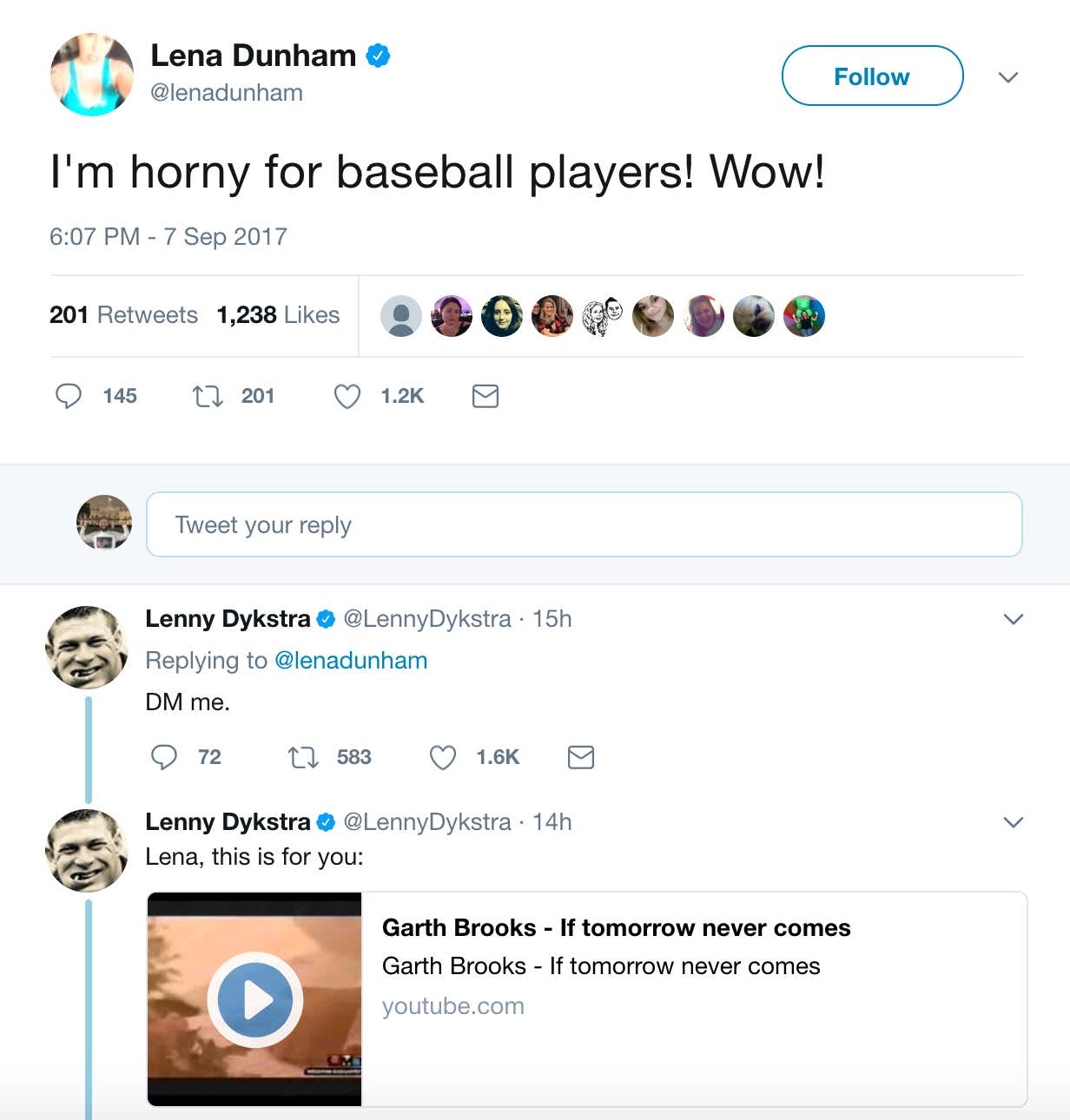 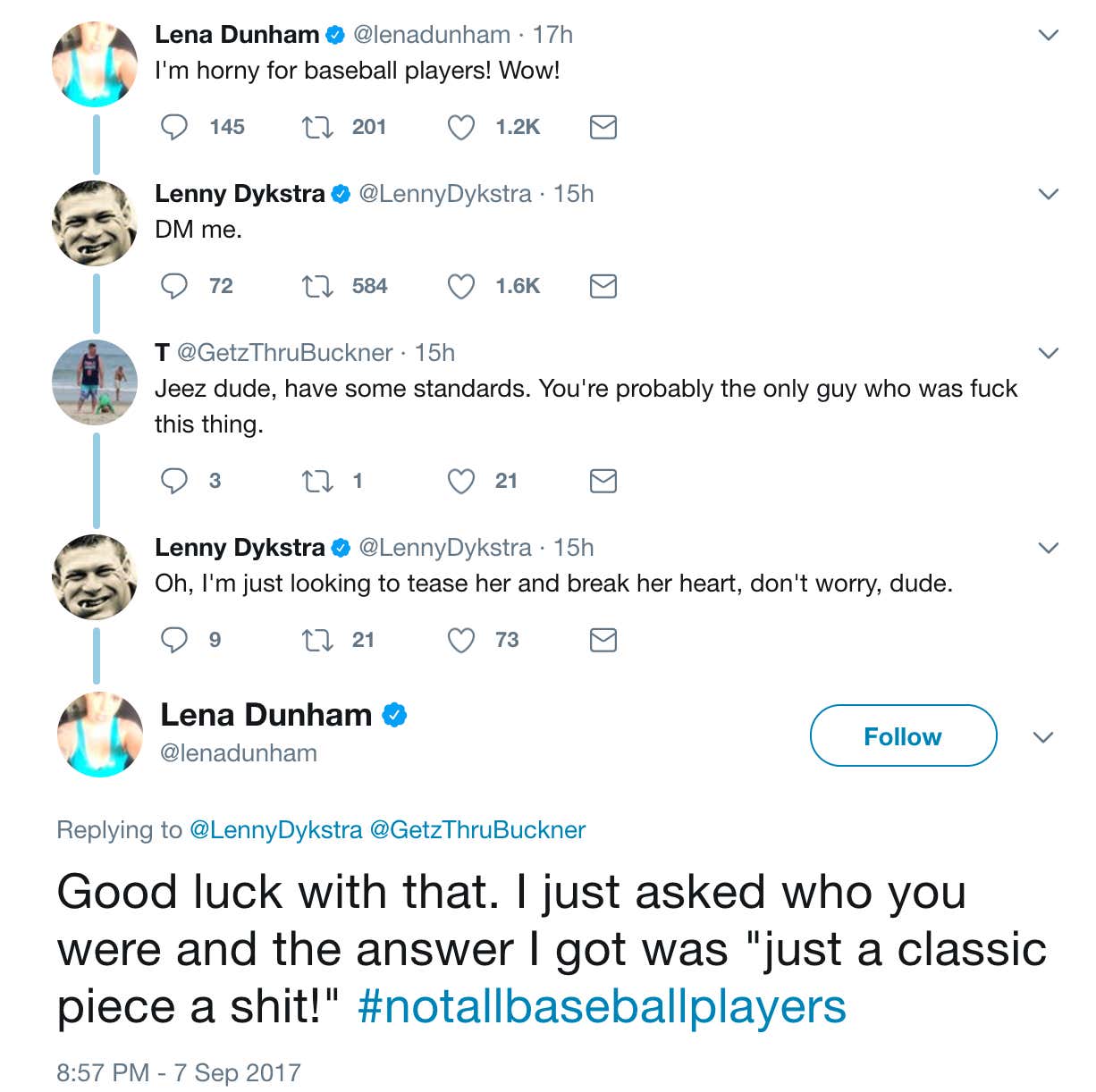 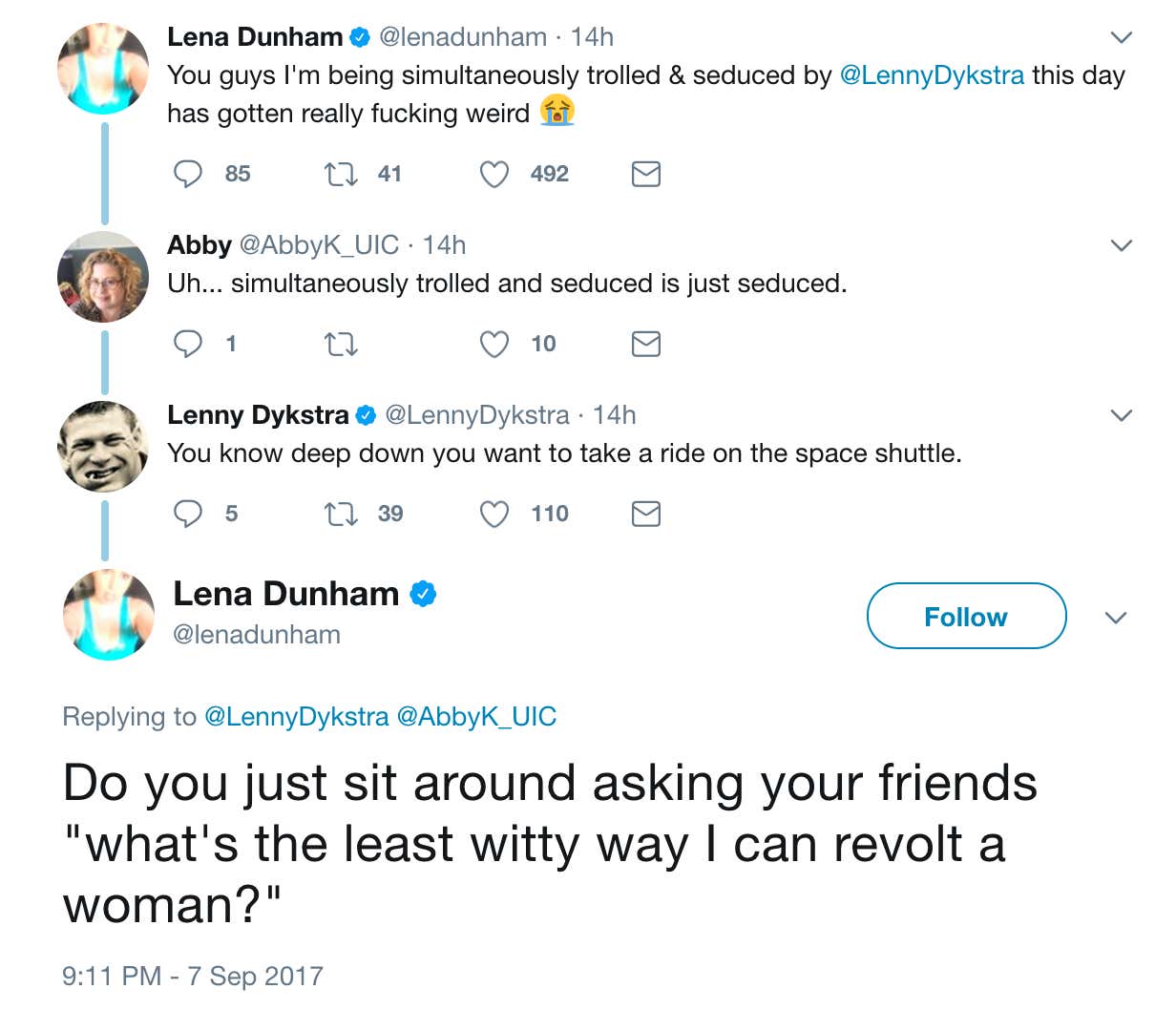 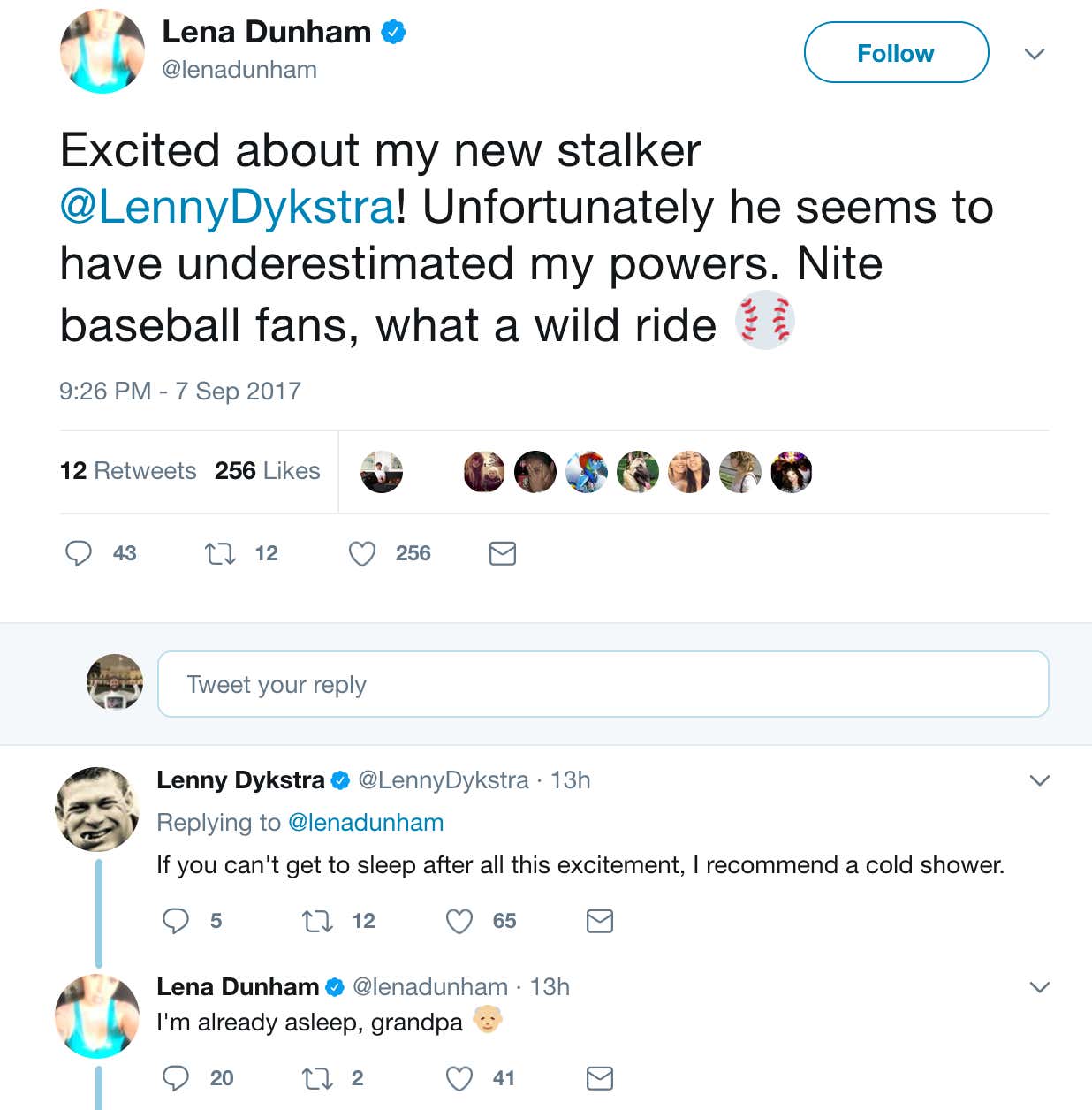 One day in the future, historians will write the book on the conundrum that is Twitter dot com. They will lay out how much of a financial disaster this app was despite being the most entertaining invention in modern history. And this exchange right here will be used as the case study and the example to show just exactly how confusing it was when Twitter failed and collapsed.

This is what twitter, the internet, sports, and really life is all about. Lenny Dykstra trying to fuck Lena Dunham over the internet. Sending her links to highlights of his 1986 World Series performance to get her juices flowing. Asking her if she wants a ride on his space shuttle. He even sprinkled in a little self awareness and knows he’s gotta lower his standards in 2017:

The whole exchange is spectacular. When I say these two individuals are polar opposites, I genuinely mean that in the most extreme sense of that term. They are diametrically opposed. Like light and dark. Oil and Water. Bag of Milk and Bag of Cocaine. You cannot find 2 more extreme people than the ultra PC Lena Dunham and the burnt out jock in Lenny Dykstra. The hardcore feminist Lena vs the chauvinist pig Lenny. And yet, they both have the common ground of being internet trolls thanks to the playground that is Twitter. Lena and Lenny. Lenny and Lena. Lena Dykstra. Lenny Dunham. Not so different after all. Opposites attract and it seems like horny ass Lena Dunham might be caught in Lenny’s web. Deep down in places she doesn’t talk about at parties, she wants to take a ride on Lenny Dykstra’s space shuttle. Get a taste of that jock dick she never got growing up. Right now they’re the kids at recess flirting with each other, calling each other names and kicking each other in the shins. Its tale as old as time. Its sort of like She’s All That or The DUFF or any of those movies. The loser chick is about to get a taste of the good life she always dreamed of…except in this case shes about 30 years too late and Len is a washed up, strung out ex convict who has lost his grasp on reality. The Human Varicose Vein – Lena – falling for the The Human Collapsed Vein – Lenny. Its borderline romantic.  Whatever though. Lena can still say she fucked a World Champion.