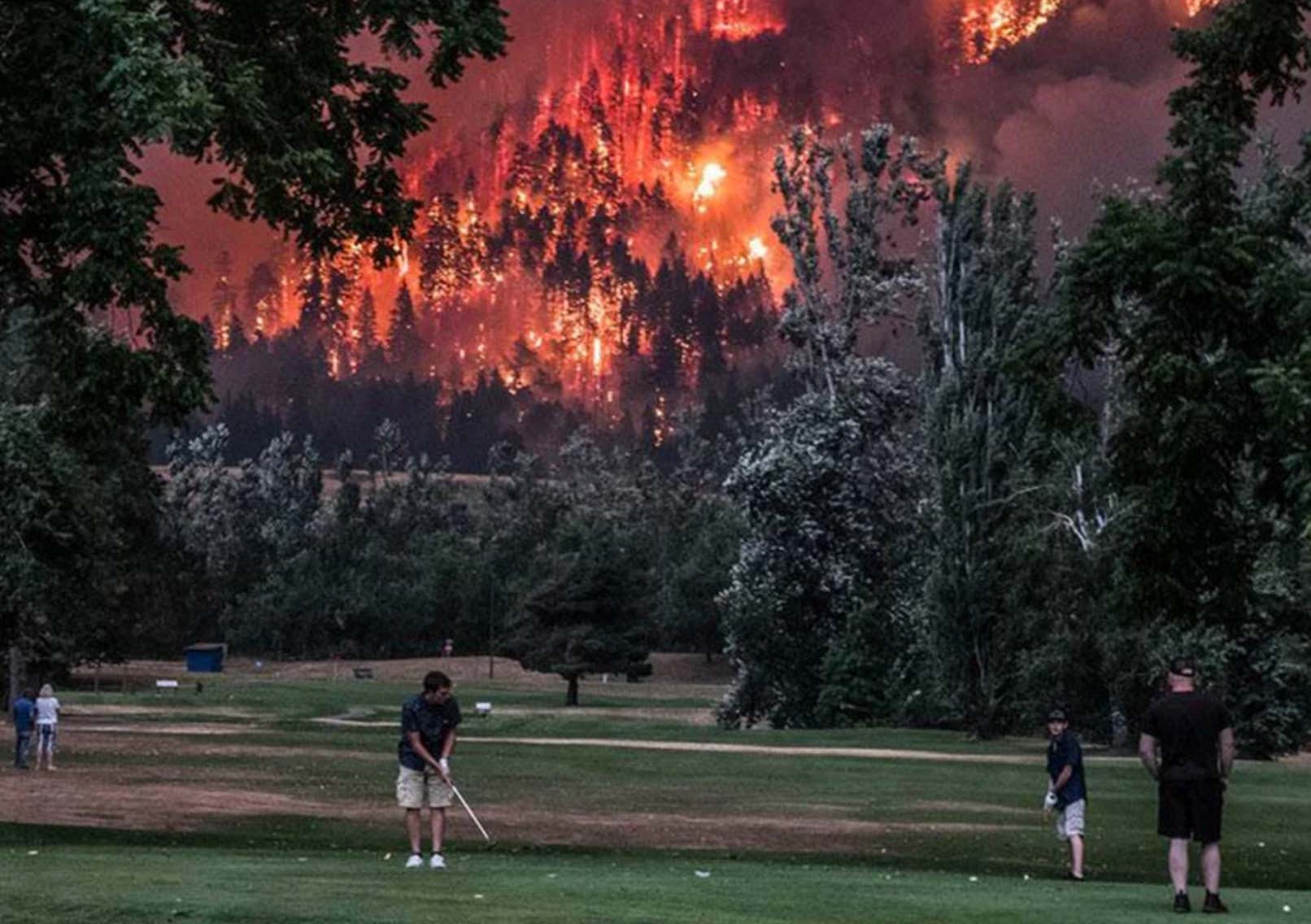 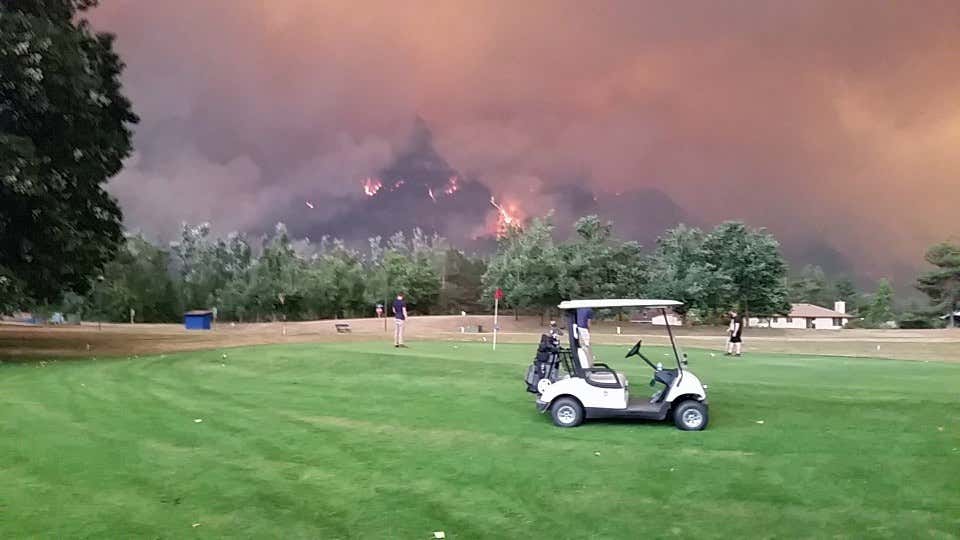 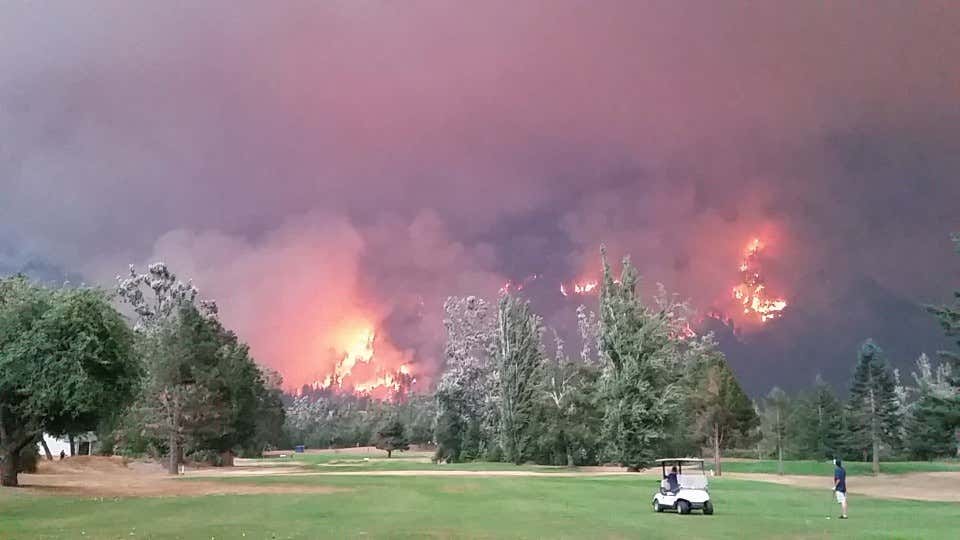 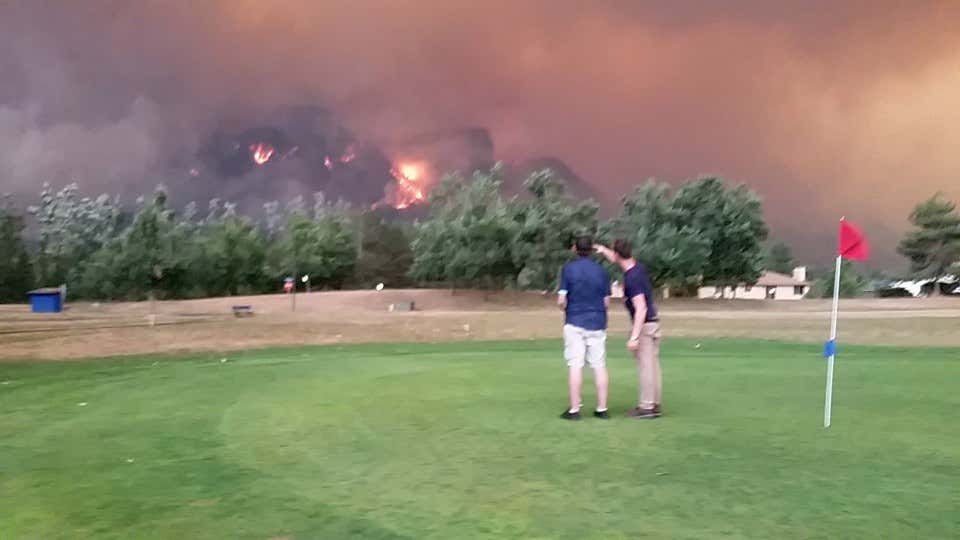 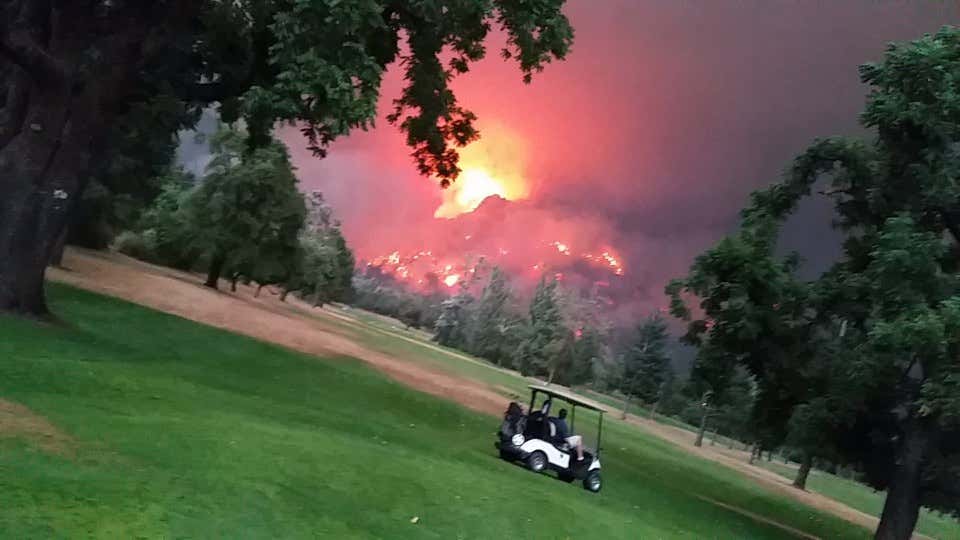 Source — Photos showing Washington golfers finishing up a round while a hillside behind them burns aren’t faked, according to the owners of a golf course where the pictures were taken and a golfer who was is pictured on the putting green.

“When we first started there was a fire maybe the size of a grocery store,” he said. “By the end of hole two, it was just crazy. The big one you’re seeing on the internet was on hole nine.”

Though the fire was across the river, Crawford said ash the size the soccer balls was falling around them. He and his friends would golf and then stare at the fire, and then golf some more.

So these pictures are everywhere right now. Front page of NY Post. People emailing them in left and right. DMs buzzing not with hot chicks but with these Washington dudes playing some golf with a big ass wildfire burning shit down in the background. The shots are stunning, there’s no doubt about that. They’re breathtaking (as is this fire. lol. oxygen joke.). They’re so good that these guys gotta reiterate that they’re not fake. When people are accusing your pics of being fake you’ve got yourself some sweet pics. That’s a fact. I video’d myself hitting a golf ball straight at the driving range one time and everybody was like “fake fake fake.” The Pizza Maker said it was photoshopped.

The pics are amazing, facts are facts, but I’m not gonna suck these guys’ dicks for playing golf here. The fire’s across the river. Ever heard of a fire lane? Can you have a better fire lane than a river? I don’t think so. Pretty cool pictures but I’ll be impressed with the courageousness when the greens and fairways are on fire, not some trees across a geographical feature flowing full of the go-to molecular substance for defeating fire.