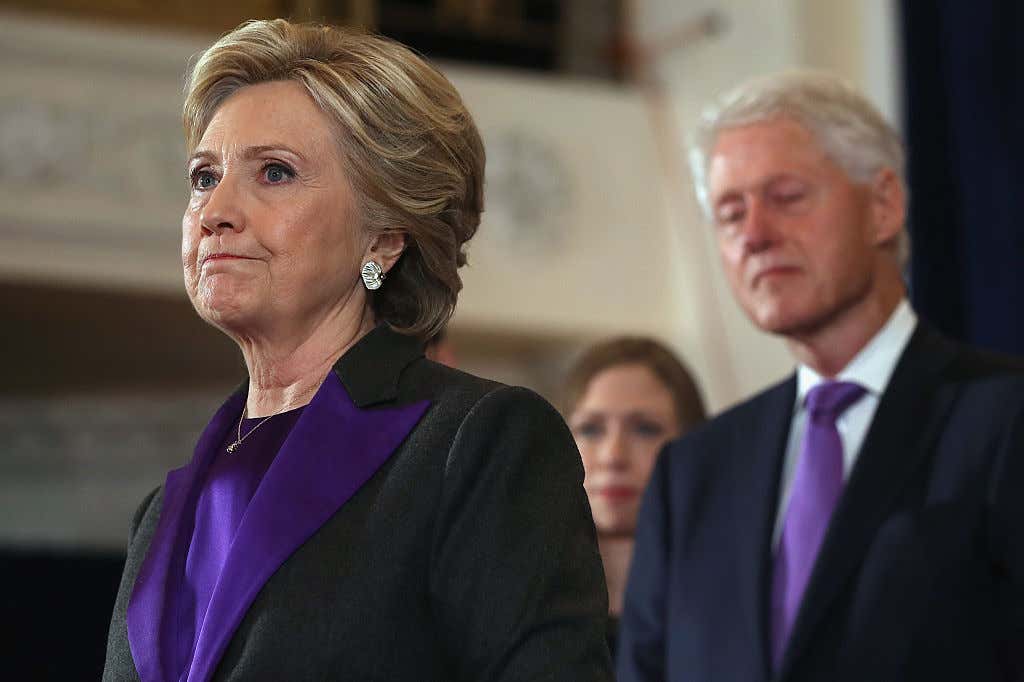 Regardless, these excerpts coming out are fascinating. We’ve relived the 2016 election countless times since its conclusion; Trump mentions it every other day. It feels tedious each time, but also unfailingly draws our eyeballs and fascination. It was an incomprehensibly unique and iconic political year that American history will never forget.

And hearing first-hand accounts of how things transpired from the woman who suffered probably the most disappointing and shocking defeat in American political history piques our interest. It just does. Does hearing “Hillary Clinton said…” make you say “oh god whatever not again”? Yep, it sure does, but then you click and read about it. Can’t help it.

Here’s how she describes the last day.

In vivid color, Clinton also recalls the whiplash of the last 24 hours of the campaign, from the euphoria of her last full day of campaigning to the pain and uncertainty on election night.

During their final event together, Clinton recalls Obama hugging her and whispering, “You’ve got this. I’m so proud of you.”

Her campaign, Clinton writes, was perilously vulnerable at the time, though, and Election Day was downhill after voting. She writes that as her husband was nervously “chomping on an unlit cigar,” she took a nap as the results were coming in. When she awoke, the “mood in the hotel had darkened considerably.”

Obama, hours after extolling her campaign, urged Clinton to concede to Trump on election night, not drawing out the 2016 campaign any longer than necessary. Clinton writes that her call with Trump was “without a doubt one of the strangest moments of my life.”

“I congratulated Trump and offered to do anything I could to make sure the transition was smooth,” she writes. “It was all perfectly nice and weirdly ordinary, like calling a neighbor to say you can’t make it to his barbecue. It was mercifully brief … I was numb. It was all so shocking.”

Second things second — OF COURSE Slick Willy was chomping on a cigar. <

Third things third — imagine having to call Donnie to concede? Yikes. Wouldn’t wish that on my worst enemy. I can just see him sitting in his white robe audibly evil laughing as she talks. Brutal.

There are some other interesting excerpts leaked to CNN, like her talking about the blatantly obvious fact that people don’t like her.

“What makes me such a lightning rod for fury? I’m really asking. I’m at a loss,” she asks her readers, before concluding: “I think it’s partly because I’m a woman.”

Gotta be tough to talk about the fact that people don’t like you. If you were hoping Hillary was gonna go away, you’re SOL.

“There were plenty of people hoping that I, too, would just disappear,” she writes. “But here I am.”

As a political junkie, can’t wait to read this thing next week. I’ll be doing a high school style book review blog on it after completion.

PS — Also enjoy her admitting that she ran into a guy playing a COMPLETELY different game.

“I think it’s fair to say that I didn’t realize how quickly the ground was shifting under all our feet,” she writes. “I was running a traditional presidential campaign with carefully thought-out policies and painstakingly built coalitions, while Trump was running a reality TV show that expertly and relentlessly stoked Americans’ anger and resentment.”