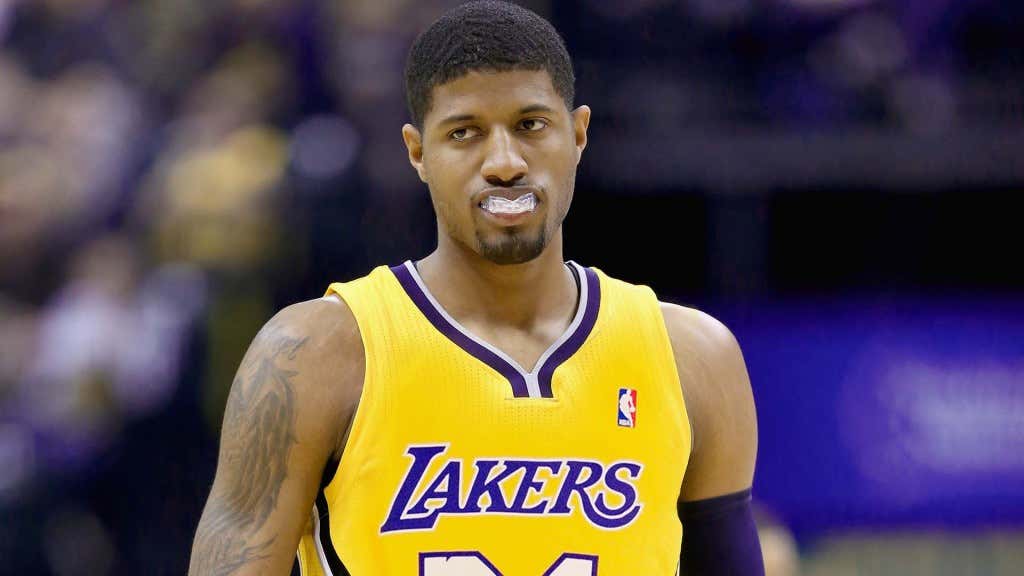 500 grand? That’s it? Where is David Stern when you need him! Anybody who doesn’t think Magic and PG13 planned this all out is not paying attention. The NBA had their opportunity to make these cheating bastards pay and they blew it. I know it’s essentially impossible to prove the “agreement” part of this tampering accusation, guys talk all the damn time, but I can’t help but think how much of this light punishment is due to the Lakers being a premiere franchise (even though they stink). What is $500K to them? Nothing that’s what. Where are the suspensions? Where is the creation of some new rule that if you are rumored to be tampering, that player can’t join the team the next year? I need answers and I need them now. Magic probably walked into that investigation, whipped out his electric smile, and everyone probably forgot why they were there in the first place. Fucking Magic man.

In all seriousness, this really isn’t that big of deal, and you are a fool if you don’t think every single NBA team tampers. I think IND was maybe just a little butt hurt over the whole George situation, and they were grasping at straws. This ruling is kind of funny though, basically saying “well yeah, you did tamper, but we didn’t find anything signed or emailed about an actual contract so you’re fine” What does the NBA think the Lakers and PG13 talked about? The weather in LA? Not about what the roster could look like, how the cap would shape out or anything like that? Be more naive. You can’t.

It truly is sad that a once proud franchise has had to resort to breaking NBA rules just to try and make their team not stink. Truly sad indeed.