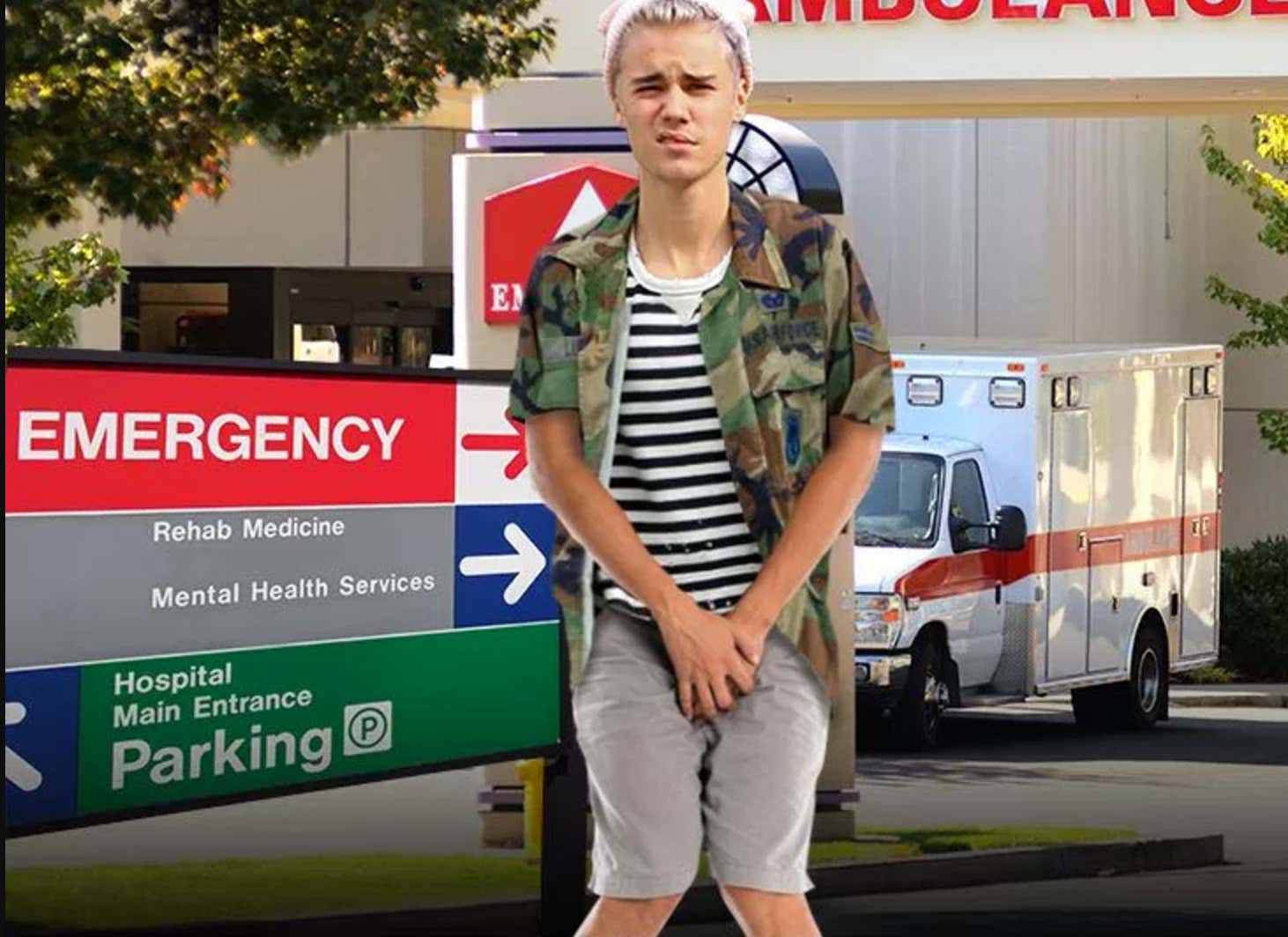 Back in May, Justin Bieber made an emergency visit to Northwell Health on Long Island to have his balls examined after he thought a soccer injury might have left one of his testicles twisted.

Fortunately, Bieber’s balls are just fine, but a staffer working at the hospital can’t say the same. A woman named Kelly Lombardo allegedly accessed Bieber’s medical files after hearing rumors he was admitted for an STD instead of a testicle injury and was subsequently fired.

This isnt about Justin Bieber. This speaks to an issue that’s larger than Justin Bieber’s testicles. This speaks to basic human curiosity involving medical conditions near, at, or around the groin regardless of sex or gender. If there is a celebrity who has something fucked up with their privates and I have access to their medical records, I will read those records ten times outta ten.

It could be a something weird with a tit too. Forgot to mention that.

It’s human nature. As long as the worker didn’t tweet or insta the records, what’s the problem? So Bieber’s nuts got a wee bit twisted during a game of footy. Happens to everyone, mate. Don’t try to get the lady sacked because of your sack. That’s very unfair.

I feel like if you are a person of note, you have to expect that people are reading information about your medical history. Hell, that’s why in hindsight I wish I would have live-streamed my vasectomy. There’s a good chance someone on the medical team was a stoolie. The footage will eventually get out anyway so I should have just streamed it. I’ve asked about the video in question and the doctor said that no one was filming during the procedure, so I don’t need to worry about it. The last thing I want is for people to see a video of my dick flying around like an earthworm covered in antibacterial soap. The soap was meant to clean it. For the last time, I wasn’t beating off during my vasectomy. What the fuck. That being said, I know what I need to do. I need to release a picture of the scar on my testicle. That’s the only way to get out in front of this one. Sucks but it’s true. Fuck.