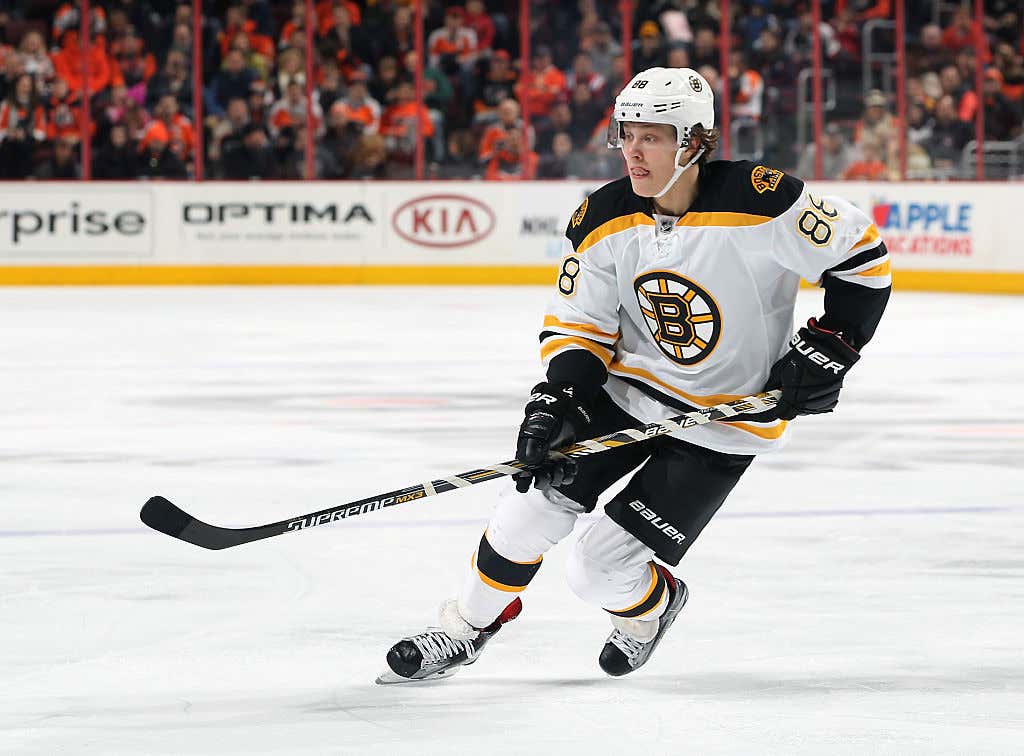 Well what do you know? The Boston Bruins are about to screw up yet another young superstar in the making just 3 years into his career. Where have we seen that one before?

By now I’m assuming that most of you know that the Bruins are fucking around and playing the David Pastrnak situation like idiots. A report came out last night from our good pal DJ Bean saying the B’s offered Pasta another contract after their original 6×6 offer from earlier in the summer. This time they bumped it up to a whopping 7 year, $6M AAV offer. You’ll never believe this but apparently that’s not going to get it done. David Pastrnak waited around this summer to see Leon Draisaitl pull in an 8 year, $8.5M AAV contract. And you idiots think you can just offer him $2.5M less on a long term deal and he’ll be happy with it? What in the fuck kind of idiots do you have running the show up there?

And I get it. I know that Chiarelli boned you guys by giving Draisaitl that much. The Oilers set the price range for Pasta about as high as it could possibly go. But they are both 21-year-old, 70-point scoring top line wingers in the NHL. The price has been set for that, it’s out of your hands, now give the man his money. Especially because right now, the Bruins have the cap space for it. Next year you get $4 million more after Chara retires. Bergergon is locked up through 2021-22. Marchand is locked up through 2024-25. Obviously you’re gonna have to pay up a little for guys like McAvoy and Carlo when their ELC’s run up in 2 years but it’s not like the Bruins are completely strapped for cash. You can throw $7-7.5M at Pastrnak and still have some wiggle room for the future. Especially considering the salary cap is going to go up at some point throughout those 6-7 years you sign him for.

It just doesn’t make sense to me. Is it because they don’t want a 21-year-old being the highest paid player on the team with a bunch of veterans like Bergy and Marchand and Krejci? Maybe. But tough fucking luck. That’s the way the league is now. You’ve got 20-year-old Connor McDavid as the highest paid player in the entire league. If you have young talent, you have to pay a premium for it. Maybe if you dumbasses didn’t throw $6 million at a post-prime David Backes, this really wouldn’t be an issue at all. But if you’re trying to tell me right now that a 21-year-old David Pastrnak is worth the same money as a 33-year-old David Backes, then no shit the kid isn’t going to be in a hurry to sign his next deal.

Like the headline says, I’m just an outsider here trying to figure out what the hell is taking so long. Because if I were the Bruins management, I’d start to worry that maybe another team with the cap space is going to come in and throw an offer sheet his way. I know offer sheets are rare but the longer these negotiations take, you never know.

P.S. – Sign and trade with the Flyers. We’ll gladly take him off your hands. You can have Andrew MacDonald, Dale Weise and a 2018 1st round pick.