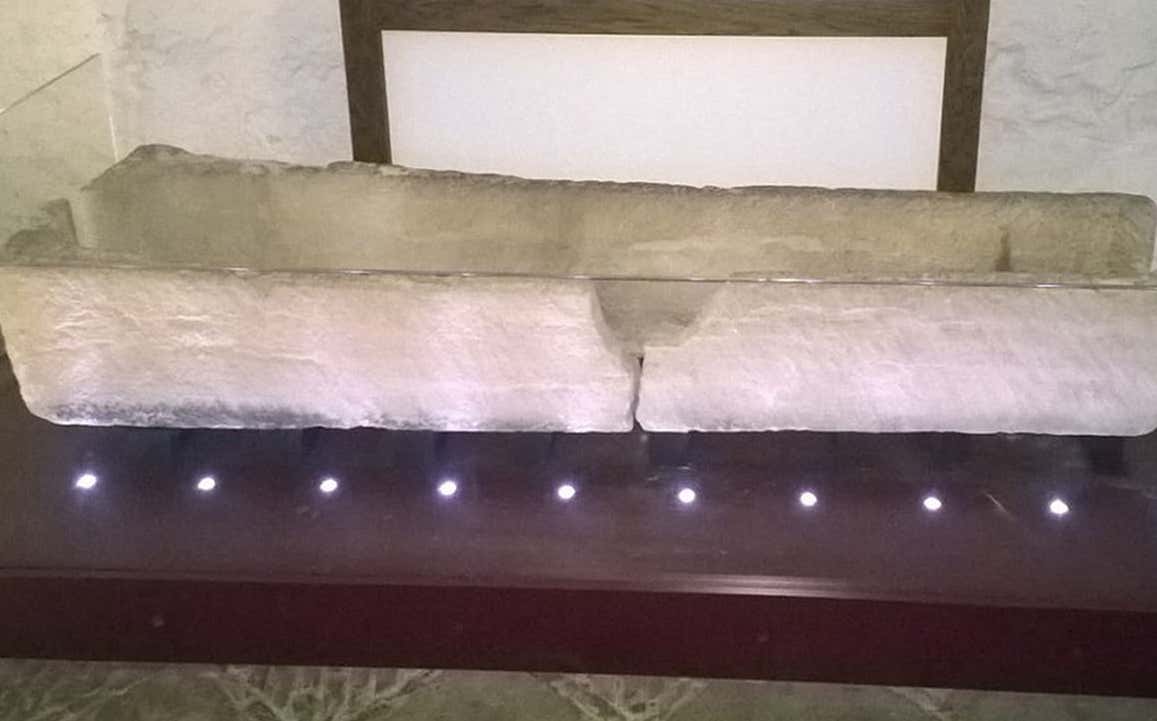 Yet, a family thought it was best to ignore this well-known museum rule and place their child inside an 800-year-old coffin for a photograph, damaging the coffin in the process.

Officials at the Prittlewell Priory Museum in Southend, England said that the coffin was knocked off its stand when the child was lifted over a museum barrier for the photo on Aug. 4, causing it to become cracked down the center, with a chunk taken out of the front.

“It was one of those isolated, terrible incidents. It’s a very important artifact and historically unique to us as we don’t have much archaeology from the priory.” museum conservator Claire Reed told the BBC.

The family ran off without saying anything to the museum but the incident was caught on CCTV.

Reed said “nothing like this has ever happened before” and that the staff was “shocked and upset” at the incident. The coffin is believed to be the last of its kind, according to the Guardian, and was found in 1921 along with the skeleton of a monk. The priory was founded in the 13th century. The damage is, thankfully, repairable. The museum is now working to fix the coffin and said it will have to keep the coffin enclosed in the future.

Do you blame them? It looks like a third grade paper mache project but I bet it’s worth like five-million bucks. I’d have booked it too. I also never would’ve put my child in a COFFIN for a photo opportunity. To be fair, maybe she was just trying to be a good parent. Make her kid happy. He’s probably in an ancient coffin phase and wanted a pic. Bitched at his mom until she complied. I was a huge King Tut guy in like fourth grade. I would’ve lost my shit if I saw KT artifacts IRL.

The museum should be protecting their stuff anyway or it’s going to keep happening. Remember the chubby kid who put his finger through a painting? It was worth $1.5 million and was protected by a movie theater stanchion. How about a wall, or some glass, or literally anything else at all. Your target audience is children. They’re drawn to things they aren’t supposed to touch.

They probably wouldn’t have even noticed if they didn’t run. Could’ve played it off as natural aging. “Um- yeah it’s cracked, it’s eight hundred years old.”  No way they catch the family now. If moms first instinct is to book it, she’s already in another country. Settling into her life on the run, just like Jason Bourne.