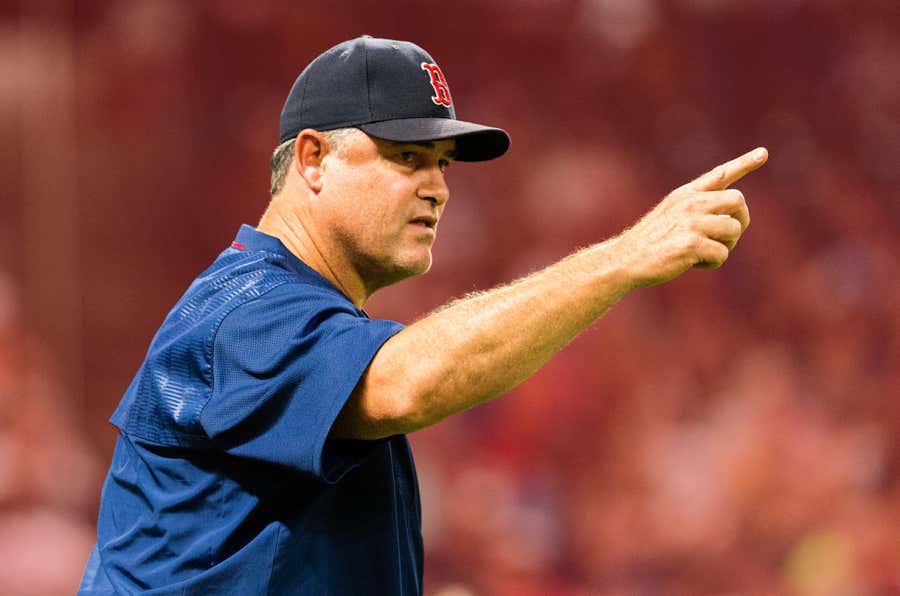 On Episode 118 of the Section 10 Podcast, we’re kind of all over the place but we’ve got nothing but nice things to say about John Farrell and his horrid management of his own bullpen. Before we get too deep into that, we talk about the Oldtime Baseball Game from this past Thursday that benefited the John Martin ALS Fund and how wild it was to watch Pedro Martinez pitch from field level. THEN we get into Farrell being a moron, how Matt Barnes is a guaranteed loss if he comes into a one-run game in the 8th inning on the road, how Addison Reed should’ve been available for this game, how PeteAbe AKA GBOB was embarrassingly defending Farrell after the game, and how the Indians, not the Astros, are the team to beat in the American League.

From there, we talk about how huge it will be if the Red Sox manage to get Carson Smith back before the end of the year and the overall state of the bullpen right now, how Tom Yawkey has been dead for 41 years but the Red Sox are just now making progress on renaming Yawkey Way, what the Red Sox should rename the street to if it’s not after David Ortiz, Jarrod Saltalamacchia’s NESN debut, how it’s two years later and we’re still talking about the broadcast sorely missing Don Orsillo, and we finish up by making fun of the umpires for wearing wristbands to protest players being mean to them.

Down in the DM — Mount Rushmore of Fenway activities. If you were in a Red Sox version of the Hunger Games who would be your partner, who would you be most afraid of, and who would be killed off first? Can Andrew Benintendi win AL Rookie of the Year? And we close with responses to worst or best dates at Fenway.