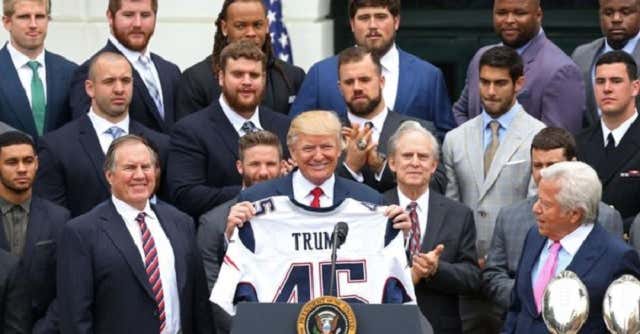 Patriots spokesman Stacey James told USA TODAY Sports that during the team’s championship visit, Trump mentioned to Kraft, a longtime friend, how honored he was that the Patriots were the first team to visit the White House during his presidency.

Although the team came bearing traditional gifts on that occasion — a jersey and a helmet — Kraft decided that another gesture was necessary since New England was the first pro team to visit under the Trump administration.

James said that of the five times the Patriots have visited the White House, this one included the best treatment — in Kraft’s eyes — by allowing the most time with the President and including the most impressive White House tour. …

James said the thought was always for the Super Bowl ring to be a part of Trump’s Presidential Library once his presidency is over.

Full disclosure: While this story is starting to gain traction nationally, it came across my radar yesterday. But I didn’t think much of it. A Patriots Redditor I know reached out to say Anthony Scaramucci told him Mr. Kraft gave The Donald his own ring. So being (humblebrag coming) Twitter buddies with The Mooch, I did my due diligence and followed up: 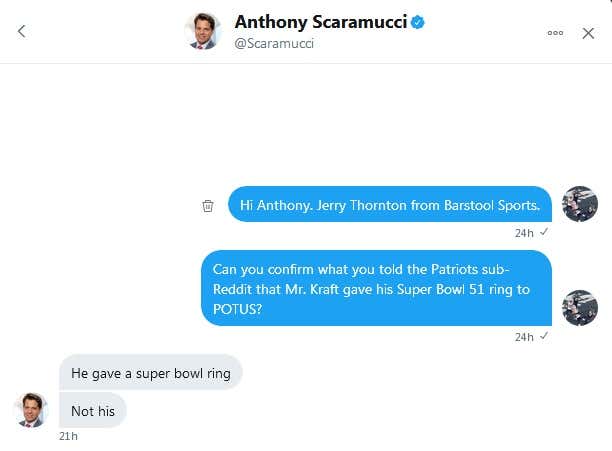 And there you go. A little miscommunication there. Innocent mistake. A non-story. If Mr. Kraft had given Trump the ring right off his finger, that blog would’ve written itself. How the President of the United States and the President of Russia were both in possession of rings won by the only man on the Earth more powerful than them. And those rings could have the power to join up and bring world peace. Followed by a dozen or so Lord of the Rings references. Maybe even The Green Lantern if I was feeling it. But that is not the case. The Super Bowl champs give the POTUS a souvenir. A bauble. A token exactly like the jersey every President has been getting for generations. Something to sit behind glass in the Donald J. Trump Presidential Library Resort & Casino someday. Nothing to see here.

In fact, the only reason I’m still blogging it is because it’s starting to get so much play. And because I’ve seen this before and I know where this is going. The storm is coming, Mr. Wayne. We wait for the inevitable faux outraged “The Patriots are the pro-Facist, Nazi-sympathizing enemies of the Antifa” backlash to that is sure to follow. Not because there’s anything inherently wrong in a team owner gifting a ring to a personal friend who checked in on him constantly before and after his wife’s death. But because it’s this President. And this team. Prepare yourself for the righteous indignation, the grandstanding press conference questions and the trumped up (intentional pun) “controversy,” because it is coming.

Really though, the controversy-within-the-non-controversy is: Why every White House Communications guy I make friends with lose his job? 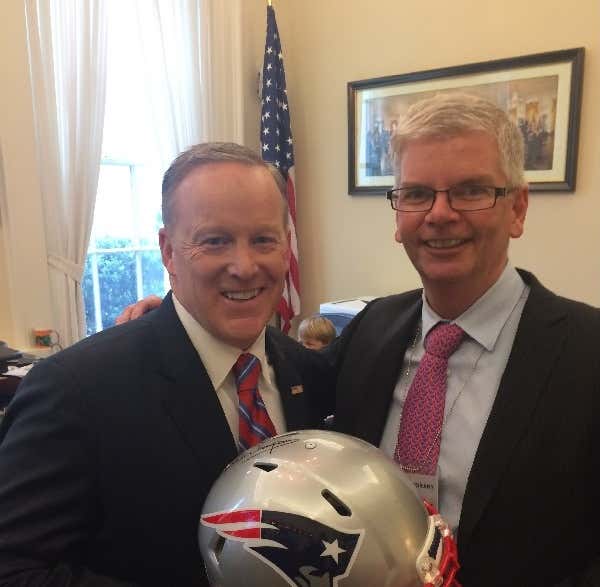