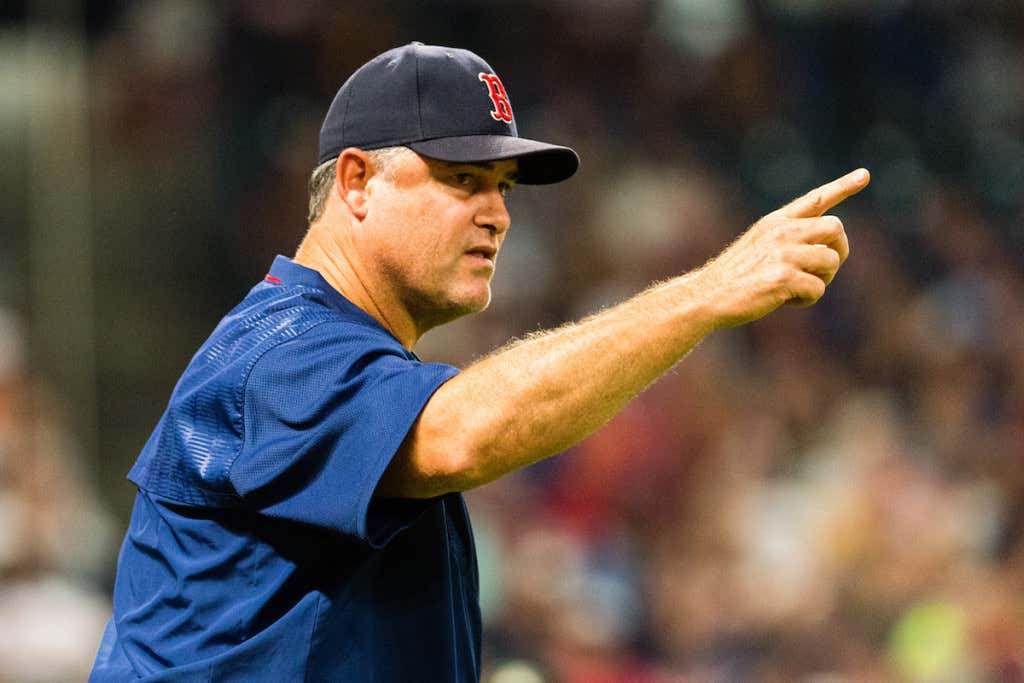 All due respect to the Houston Astros, but the Cleveland Indians are the team to beat in the American League. They were the team to beat when they showed up to spring training as the team that took the Chicago Cubs to extra innings in a seventh game during the World Series. You might recall that the Indians made it to Game 7 of the World Series without Michael Brantley, their best offensive performer from the year prior, and two of their top three starting pitchers in Danny Salazar and Carlos Carrasco.

Brantley has once again battled injuries in 2017, missing time with an ankle injury that has landed him on the disabled list twice already this year, as Salazar missed nearly two months with a shoulder injury, while Carrasco missed a turn in the rotation back in May with a pectoral injury. Despite all that, the Tribe still holds a five and a half game lead over the Minnesota Twins in the AL Central, and is now just a game and a half back of Boston for the second best record in the American League.

This season has been a series of tests for the Red Sox, and they’ve been checking a lot of boxes lately. Can they take over first place and stay there? Can the offense carry on without David Ortiz? Can the rotation survive without David Price? Can Drew Pomeranz prove that he was worth giving up a top pitching prospect for? Can Rick Porcello rebound after a terrible first half? Can Rafael Devers make an impact at the major league level? Can Andrew Benintendi live up to the hype? Is Hanley Ramirez ever going to play first base for this team? Is Jackie Bradley Jr. ever going to be a consistently good hitter in the majors? Can the Red Sox beat the Houston Astros? Can the Red Sox prove that they’re better than the New York Yankees? Can the Red Sox beat the Cleveland Indians?

We’ve got checkmarks next to all of those boxes, except for the last one. Have the Red Sox proven that they can at least hang with the Indians? Absolutely. But beating them and establishing that they’re the better team is an entirely different box to check, and that’s a checkmark that they’ve yet to earn. And the truth is, they may never do that. This Indians team is for fucking real, and the Red Sox learned that the hard way last October when they got dick smacked by them in a three-game sweep that nobody saw coming, players included. Write this down — the Red Sox’ biggest threat in the American League this year is not the Astros, and it is not the Yankees. It’s the Indians.

The Red Sox have played the Indians four times this year, and they’ve split them down the middle, but the first three games were at Fenway Park. In their first crack at the Tribe in Cleveland, the Red Sox let another game slip away that was theirs to win. Thanks to home runs from Andrew Benintendi and Hanley Ramirez in the first and fifth innings respectively, the Red Sox held a 4-3 lead in the bottom of the 8th inning. Red Sox manager John Farrell called upon Matt Barnes to get him three outs, and he, in turn, got his manager zero outs. That’s the fourth time this year that Barnes failed to record a single out in an appearance. He also now has nine appearances where he’s recorded one out or less.

Barnes walked the first batter he faced, gave up a base hit to Austin Jackson, and that was his night. Barnes now has an ERA of 6.57 and a 1.86 WHIP when he’s used in the 8th inning on the road. Next up to pour some more gas on the fire was Heath Hembree, who struck out the first batter that he faced before giving up the game-tying base hit to Edwin Encarnacion. Robby Scott came in and punched out the next two batters to prevent any more damage from being done, but it felt like it was only a matter of time at that point.

In the bottom of the ninth, Brandon Workman gave up a rope of a double to left to Brandon Guyer, before facing the .180-hitting catcher, Roberto Perez. Out of the 334 players in Major League Baseball with at least 170 plate appearances this year, Perez is 331st in batting average and 332nd in OPS (.544), so it would seem like an opportune time to drop down a bunt. Lo and behold, he drops one down, Brock Holt cuts in front of Workman, double pumps and fires one wide of Rafael Devers. I don’t know what the hell distracted Holt, but he looked either towards Workman on the mound or towards second base, neither of which should’ve mattered, and that was all it took to derail the play and the entire game.

I blame John Farrell for not putting Addison Reed in this game over Barnes in the 8th. I don’t care if he was “unavailable” on Monday night. He threw 12 pitches on Sunday. He could’ve given you an inning on Monday. He also used Craig Kimbrel in a 5-1 game on Sunday when he probably could’ve come in handy on Monday instead. I blame Barnes for not being good on the road. I blame Barnes for not being able to get any outs when he’s put in these high pressure spots. I blame Hembree for never being able to prevent inherited runners from scoring. I blame Workman for giving up a leadoff double to a .220 hitter. And I blame Holt for botching that play at third base.

And that’s about it. It sucked to watch this game fall apart for the Red Sox at the end, but at least we now have a split season series between these two teams with a walk-off victory for each side. It seems inevitable, at this point, that Boston and Cleveland are once again on a collision course with each other come October. As a Red Sox fan, that’s probably not the matchup you want. But as a baseball fan, it would appear that this has the makings of being a highly entertaining series.