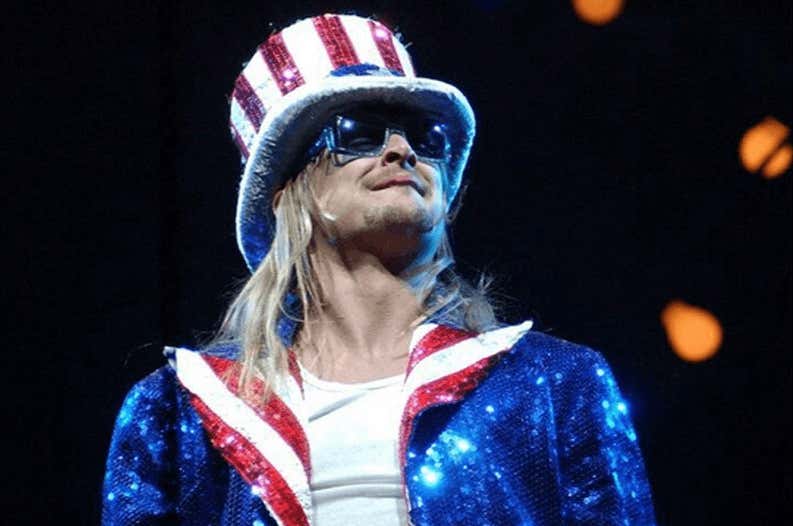 Source – Prior to performing the second song of his Iowa State Fair Grandstand set Sunday night, Kid Rock warned that he wanted to ease fans into his show…

Headlines have swirled around Rock for the last month amid speculations that the Detroit-area resident would be throwing his hat in the ring for a U.S. senate seat during the 2018 mid-term elections. A vocal supporter of Mitt Romney in 2012 and President Donald Trump during the 2016 election, Rock launched kidrockforsenate.com earlier this year but has yet to declare his candidacy. Aside from selling “Kid Rock for U.S. Senate” shirts at $25 apiece and running a brief photo of President Trump during an in-song photo collage, Rock kept politics out of his Iowa show. That was until the bridge of “Born Free,” when he decided to share his thoughts on the upcoming National Football League season.

At that moment, the singer delivered a short message for NFL quarterback Colin Kaepernick. The former San Francisco 49er gained attention in 2016 for protesting the National Anthem prior to games.

“Football’s about ready to start,” he said. “You know what? Fuck Colin Kaepernick.”

Woah, woah, woah. Wait a minute. Just waaiiiittt a fuckin’ minute right here. You mean to tell me that the guy whose favorite shirt is an American flag 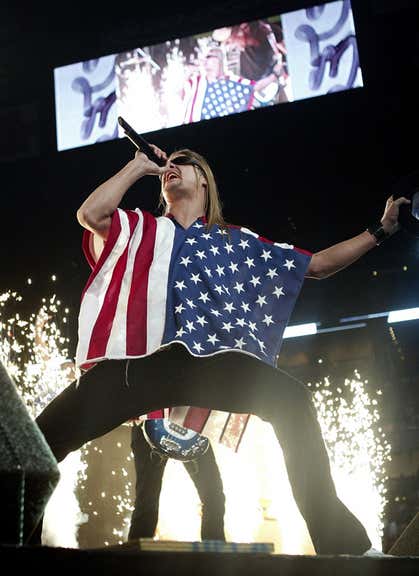 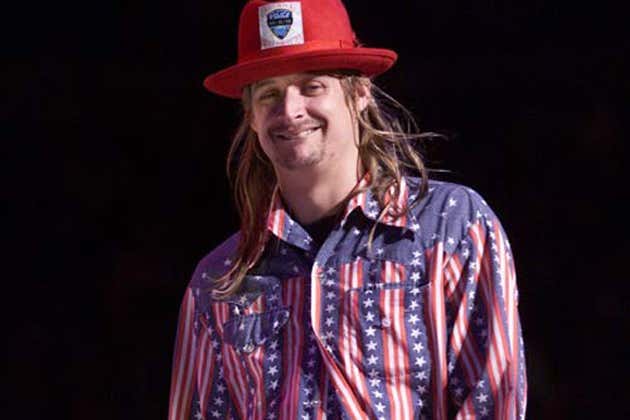 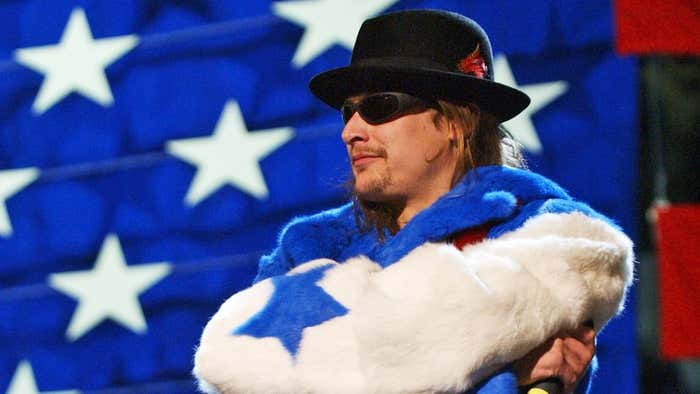 Doesn’t seem to be too fond of the guy who sparked the movement for football players all across the NFL to protest the National Anthem? That the man who penned a song titled “American Bad Ass” would get a crowd ready for football season by saying fuck Colin Kaepernick while knowing that Kaepernick isn’t even on an NFL roster at the moment? Well I’ll be. Color me shocked because I did not see that one coming.

What we saw right there was the start of the Kid Rock 2020 campaign. Everybody is talking about him potentially running for Senate in Michigan in 2018. Which I don’t think he’d have any problem winning. Literally all you have to do is play “Bawitdaba” at voting booths all across the state and he’ll win in a landslide. Simple as that. But Kid Rock isn’t somebody who is going to be content with just being a Senator. He knows how this shit works. You get voted to the Senate and you do absolutely nothing for a few years before you get replaced since partisan politics has rendered congress absolutely worthless. Kid Rock has his eyes set on the White House and this was the moment that historians will look back on as the moment that his campaign picked up steam. You think it’s any coincidence he screamed “Fuck Colin Kaepernick” to a crowd in Iowa? Think again, buster. Iowa is a swing state. And for some reason or another (no offense, Trent), it plays a pretty big role in our Presidential elections. Kid Rock just won Iowa and we’re still 3 years away from Election Day.