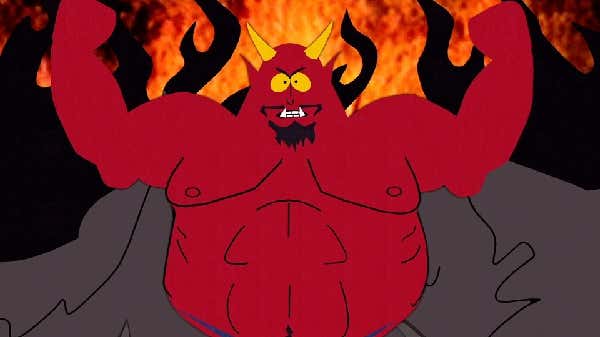 The Friendly Atheist – There are a lot of good websites and news outlets that will give you the proper scientific explanation for why the total solar eclipse is occurring. …

But if you’re conservative Christian activist Bryan Fischer, this has to be a sign of something. And that something must be Satan.

The path of this total eclipse of the sun is remarkable, in that it crosses over the entire continental United States, almost perfectly bisecting America from the Northwest to the Southeast. And in that path, the sun will be perfectly blotted out, by the ruler of the night, plunging all of America in its path into virtual total darkness.

This is a metaphor, or a sign, of the work of the Prince of Darkness in obscuring the light of God’s truth. Satan, and those who unwittingly serve as his accomplices by resisting the public acknowledgement of God and seeking to repress the expression of Christian faith in our land, are bringing on us a dark night of the national soul.

When you write for a living, you learn to appreciate the beauty of an artfully phrased metaphor. And it’s an even more useful skill to have when you’re a minister. Every week the pressure is on these guys to tie current events into some Biblical teaching or other. So mixing in a well-turned metaphor or simile can be is as important as some … thing that’s … super important. Or whatever.

But Bryan Fischer is not doing the Christian faith any favors one this one. I mean, he gave himself an out by saying he was using a metaphor and then went right back to calling the eclipse a sign of Beelzebub being up to his old tricks again. It’s not a good look in 2017 to make it out like Christians don’t understand how the solar system works, the sun goes around the Earth, God made the universe in six days 5,000 years ago  and Satan makes the sky go dark because one time a small group of guys with quill pens said so.

And you know you’re setting your cause back to the Dark Ages when you’re losing the argument to the Church of Satan.

Yes, let’s get the word out that Christians like yourself see Satan in nature and science. ???? https://t.co/yKfe71OkCy

So let this be a general rule to all you clergy who read Barstool (there’s got to be a few). If you’re making an argument that can be blasted out of the water by creepy loners who worship the Prince of Darkness, you’ll be wanting to hit “Select All” and “Delete.”