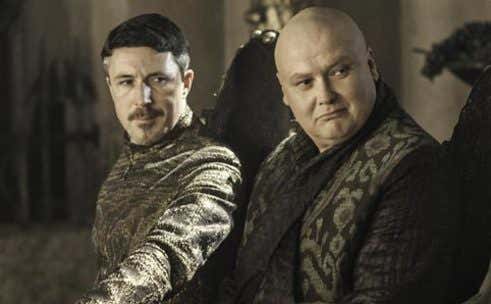 Mashable- The leaks just keep coming. The hackers responsible for the massive breach of HBO haven’t let up, and reached out to Mashable to share their latest exploits. And while the latest data dump doesn’t include any Game of Thrones spoilers, it definitely contains some information that the network wouldn’t want out in the open. Specifically, what appears to be the login credentials for almost every single HBO social media account. Passwords for everything from @HBO, @GameOfThrones, and @WestworldHBO to various Instagram and Giphy accounts were in a text document provided to us by the so-called “Mr. Smith group.” For legal reasons, we did not attempt to login into the accounts to verify the accuracy of the passwords, but we have no reason to doubt their authenticity given the information the group has shared with us previously.

Over email, the hackers claimed to “have access to many HBO Platforms already,” and issued a threat that is sure to get the attention of executives — that Game of Thrones Season 7, Episode 7 is about to get leaked. “Be ready for GOT S& E6 &E7 as soon as possible,” the group warned.

Look, I know I am on the record saying that I will watch any episode of Thrones as soon as it leaks. And I stand by that. If you put something in front of me that I like, I am going to consume it. I don’t care if it’s a full bag of chips that I shouldn’t eat or the season finale for my current favorite show that causes me to become drunk with spoiler power over everyone that didn’t watch it. Some people think the true fans are the ones that wait until Sunday at 9 to watch the new episode. I would argue the true fans are the ones that don’t let some faceless HBO suit tell them when they can watch Thrones. Who’s the bigger fan of The Big 3? The person that goes to the game to see it happen live or the person that watches it on tape delay the next day? But that’s neither here nor there.

The fact remains that the finale may leak soon and you know what? I have to appreciate these hackers. Game of Thrones is just as much about the chaos of leaks and spoilers right now as it is about dragons and zombies. The whole goddamn world is in a frenzy over it during the dog days of August. And anyone that has to push out content during this god forsaken month is appreciative. The moon passing in front of the sun is going to cover our asses for today. But once that’s over, it’s back to blogging about leg cramps or waiting for the NFL to suspend another player. So to the hackers that pulled this shit, I may not like what you are doing but I do in a sick way appreciate it. HBO changed the game with the Sunday night premium cable #supershow. Netflix took the crown for a minute with their binge model of TV. And then HBO answered back with a “Will it be leaked and are the spoilers you found out real?” brand of chaos that has everyone shook. And as we know, chaos is a ladder. Now we get to wait to see if those hackers actually have the nuts to release the finale before Sunday and I am here for it.

Also I thought these hackers were pretty badass for holding a powerhouse like HBO’s prized possession hostage and then I saw what they did on Giphy.

The hackers also appear to have defaced several HBO Giphy accounts. The group sent us a number of screenshots showing “HB-OLD is Dying….”

HB-OLD? That’s the best you twerps could come up with? Fuck outta my face with that lame dad joke shit. Stick to holding TV network hostage and leave the bad dad jokes to The Podfathers (available on iTunes, Stitcher, and PodcastOne).

And while we are shamefully promoting podcasts, Charlie Wisco and I talked all about last night’s wild episode. Check it out.