Ahhh somebody’s got Game Of Thrones fever. Classic! Here we have two opposing armies so consumed with Westeros they just started fighting each other. You can only take so much pent up world-dominating tension before you start throwing stones at your mortal enemies. Militaristic blue balls on a million. So the Chinamen and the Indians slap each other on a picturesque beach with the camera perched high on a steep cliff. Fighting with prehistoric means. Waves crashing. Fists flying. Stones hurling. Seen that scene before. If Drogon would’ve swooped in spitting fire I think you could’ve stamped some music on this and called it the season finale.

Special shoutout to this dude who comes outta the fucking clouds with a ninja kick.

And to this guy who just runs in and starts beating people with I think a flag? 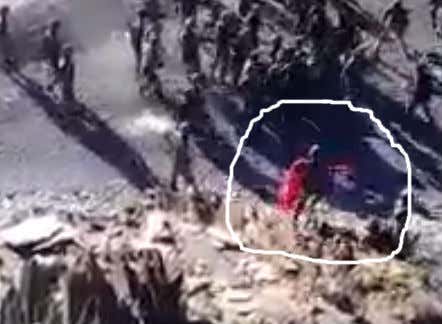 Obviously it’s China and India fighting each other with stones and flying ninja kicks in 2017. Obviously.