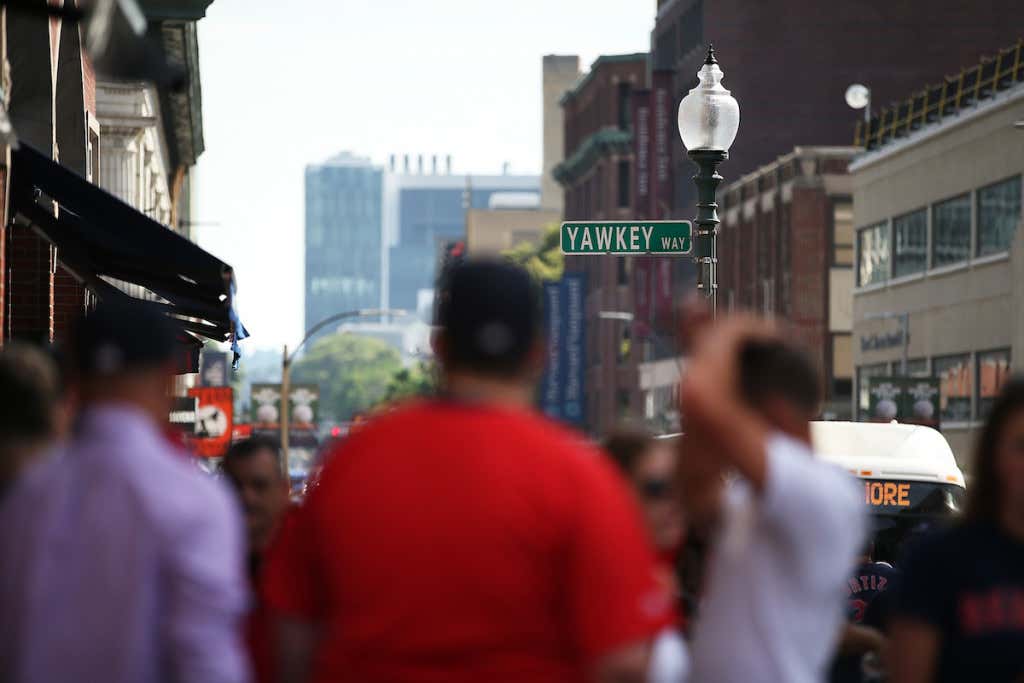 If you haven’t heard the news by now, the Red Sox think that racism is, in fact, bad. I’m not gonna get all political here, as that’s never been my personal M.O. or Barstool’s for that matter, but I think we can all recognize that we are living in a rather tense time outside of our daily distractions, such as sports. In a story published by Michael Silverman of the Boston Herald, which is odd since the Herald is John Henry’s direct competitor as an owner of the Boston Globe, the Red Sox owner expressed a strong interest in renaming Yawkey Way, the main street of business outside of Fenway Park, which was named after the former Red Sox owner with one hell of a racist past.

The team is not trying to erase its history, but as Henry said, the time is right for the change and the conversation about race that it will spark.

“I discussed this a number of times with the previous mayoral administration and they did not want to open what they saw as a can of worms,” said Henry in an email. “There are a number of buildings and institutions that bear the same name. The sale of the Red Sox by John Harrington helped to fund a number of very good works in the city done by the Yawkey Foundation (we had no control over where any monies were spent). The Yawkey Foundation has done a lot of great things over the years that have nothing to do with our history.”

If it were up to Henry, he would rename the street “David Ortiz Way” or “Big Papi Way.” But before a new name is considered, the name-change process needs to start with Henry and the one other Yawkey Way abutter petitioning the City of Boston for approval.

“The Red Sox don’t control the naming or renaming of streets,” Henry said. “But for me, personally, the street name has always been a consistent reminder that it is our job to ensure the Red Sox are not just multi-cultural, but stand for as many of the right things in our community as we can — particularly in our African-American community and in the Dominican community that has embraced us so fully. The Red Sox Foundation and other organizations the Sox created such as Home Base have accomplished a lot over the last 15 years, but I am still haunted by what went on here a long time before we arrived.”

Asked for comment, a spokesperson for Boston Mayor Marty Walsh said, “The mayor is supportive of this change.”

I’ve got a couple of thoughts here — first and foremost, it’s about damn time. When David Ortiz retired, I personally thought they rushed everything. Guy wasn’t even retired for a full year before they retired his jersey, named a bridge after him and renamed some side street after him. They could’ve spaced it all out, but they basically did it all in one swoop. They made this grand production out of naming a street after Ortiz, but in reality it’s just some side street that runs alongside a bar that goes to some sketchy back parking lot. Obviously it’s a nice gesture, but it was underwhelming to say the least when you’re talking about naming a street after the most important player in the history of a franchise that has been around since 1901.

If the plan all along was to name a street after Ortiz, they probably should’ve waited for the big one — Yawkey Way. It’s arguably the most famous street in the city of Boston, and the symbolism of what renaming the street after Ortiz would mean, and still will mean when it finally happens, will be a historic moment for the city. But the Red Sox couldn’t wait to shoot their Big Papi load, and they named some side street after him first. That should be Mark Bellhorn Drive, not Big Papi whatever the fuck they called it. I don’t even know the actual name of it off hand; that’s how insignificant of a street it was before they named it after Ortiz.

The Red Sox, as an organization, have come a long way from being the last team in the league to integrate. Shout out to Pumpsie Green. Prior to the 2016 season, I was having a conversation with team historian Gordon Edes about this particular topic, and we were going around the diamond, looking at a potential Opening Day lineup that could have featured David Price on the mound, Pablo Sandoval at third base, Xander Bogaerts at shortstop, Hanley Ramirez at first base, Jackie Bradley Jr. in centerfield, Mookie Betts in right, David Ortiz at DH, and possibly even Chris Young in left field, all players of ethnicity and a far cry from any Opening Day lineup that was ever constructed under Tom Yawkey’s watch.

While I obviously support the decision to rename Yawkey Way, I kind of did one of those head tilt, “hm” emoji faces when I read Henry’s comments about how it was out of their control. I’m not saying that I don’t believe him. But there is something that the Red Sox can control in terms of their attachment to Yawkey, yet it’s still there. Some of you might already know this, but I bet there’s a lot of you who haven’t even noticed it. 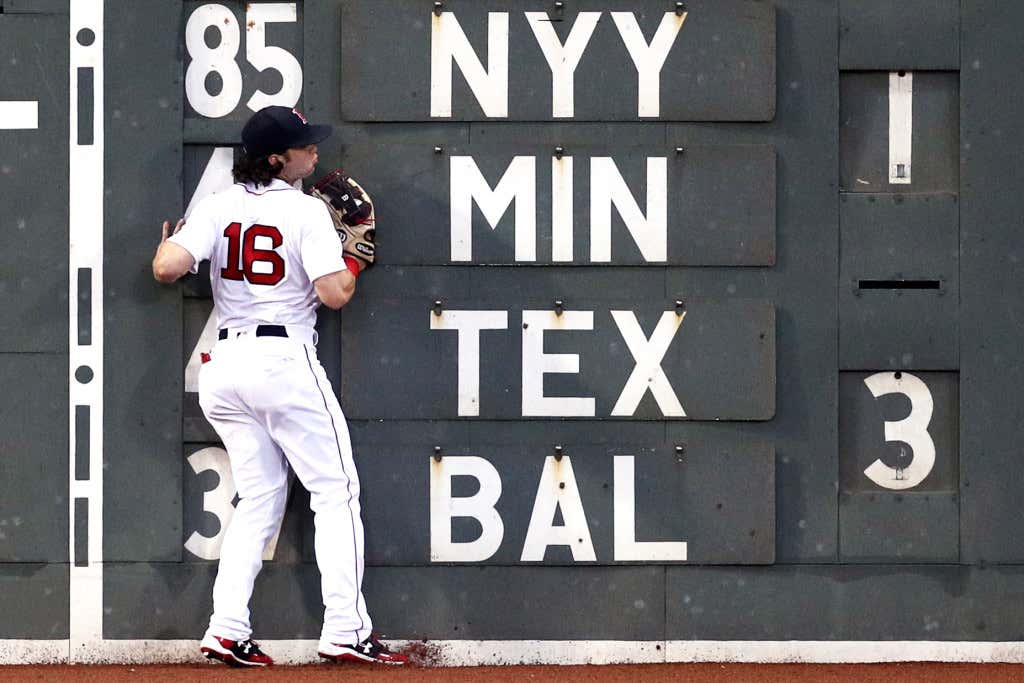 You see those symbols to the left of Andrew Benintendi? That’s morse code. What does it spell out? Tom and Jean Yawkey’s initials. How “haunted” can you be by the history of Yawkey’s racist past if his initials are still proudly displayed on the most recognizable feature in your own ballpark that you’ve been making alterations to since you got here in 2002? Again, I’m sure not a lot of people even knew that was there. And if they did happen to notice it, then I doubt many people even knew what it meant, but it’s there. And that’s what it means. If you’ve gotta wait on the city for the street, then at least start with what you can control.

As far as “opening a can of worms” goes if you rename Yawkey Way after David Ortiz — good. Who fucking cares? Oh no! We renamed a street that was originally named after a racist guy in favor of an iconic figure in the city of Boston who actually deserves it! This will surely cause a ripple effect to rename all streets and buildings that were originally named after racist people! What ever will we do! Rename the street. Honor a legend. One small step for man, one giant leap for David Ortiz.