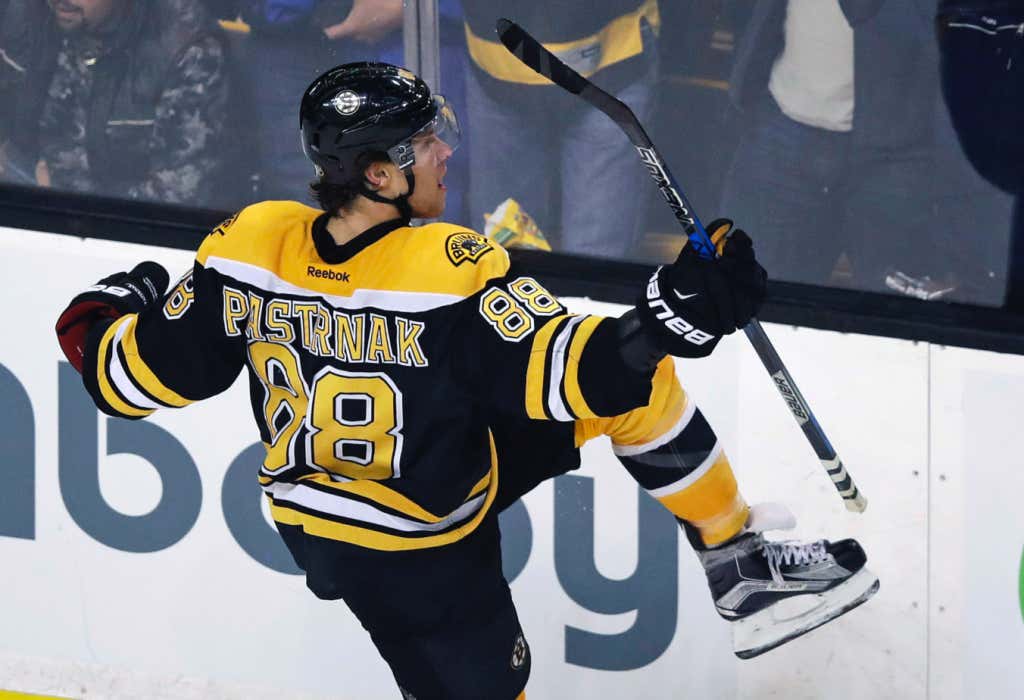 (Source) — In a curt email to the Boston Globe, Bruins general manager Don Sweeney has confirmed the obvious falsehood of a bogus rumor that suggested the Bruins would make David Pastrnak the next budding superstar traded out of town: “Not trading Pastrnak.” A restricted free agent, Pastrnak still remains without a new contract, but with Sweeney recently saying that they’re currently in a ‘holding pattern’ with their negotiations, ‘positives’ should come with the fact that Pastrnak is not the only star restricted free agent without a deal, and it doesn’t hurt that agent J.P. Barry maintains the belief that they continue to have a good dialogue with the Bruins.

I’m not a “take credit” guy. In fact, I’m quite the opposite. When you take credit for things it makes people think that you’re capable of doing things and then they expect you to do more things, it’s a real mess actually. So I typically just let this kind of stuff slide.

However, if we’re being honest with each other here then I have to take a bow and pat myself on the back for this one. People say violence isn’t the answer? Well yesterday I threatened to burn down TD Garden if the Bruins traded David Pastrnak and today the Bruins said they’re not trading him. Coincidence? I think not, my friends.

Sometimes you need to shake up the norm and every once in a while that means saying you will start a massive fire on Causeway Street. Before that threat the Bruins were notorious for trading away young stars. They were so into it that we often forget to bring up the fact that they did it with Blake Wheeler. The captain of a NHL team and an Olympian is an *afterthought* when we discuss talented hockey players that the Boston Bruins got rid of. We talk about Seguin and Kessell and Hamilton but we totally ignore a Wheeler. Luckily, it looks like we won’t have to add David Pastrnak to that list because that would’ve been my last straw. I would’ve been #done with the Boston Bruins.

You’re welcome for saving your fanhood with the threat of grand arson. (I don’t think that’s a real thing but  it sounds like grand larceny and I feel like burning down an arena deserves a bigger title than general arson).