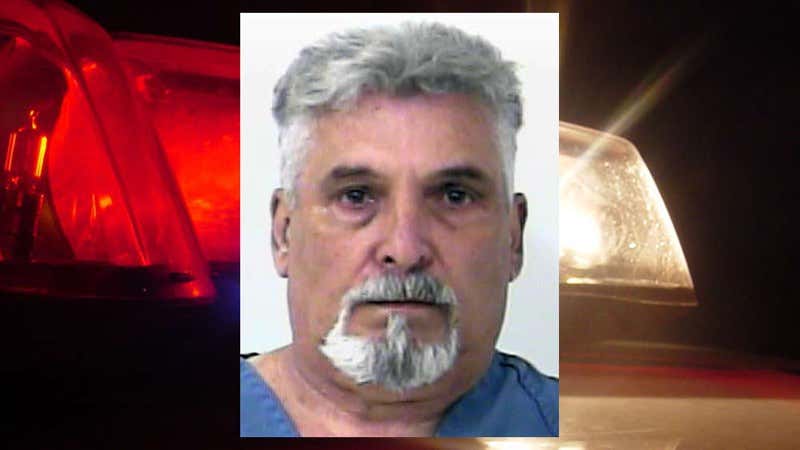 A Port St. Lucie parent was arrested Sunday after he pointed a loaded gun at a Grace Christian Academy self-defense instructor and told him “martial arts are crap”, city police said.

“Bang, you’re dead. No way you could have got me before I pulled it out,” George Meyer, 61, reportedly said.

Meyer, whose child is a student at the school, was attending an open house when he overheard the defense instructor telling someone that a gun is not always the best choice for self-defense since it can be easily taken away. Meyer then pulled out his semi-automatic handgun and pointed it at the instructor, telling him it was “locked and loaded,” according to a police report.

Witnesses said parents and children were between Meyer and the instructor when he pointed the loaded gun, according to the report.

Meyer told investigators that he was discussing martial arts with the instructor and that him pulling the gun was just a demonstration.

Classic case of the dad wanting to be a tough guy. Our manliness can be such a curse, fellas. You enroll your kid into some martial arts training to give him some self-defense but you still gotta let young Billy know that you remain the big swinging dick in town. So, what do you do? You size up the martial arts teacher. You think about giving him a round house kick to the face but you’re wearing your skinny jeans and you don’t wanna rip those things. Who knows when Old Navy will be having another sale where you can pick up a couple more pairs for a reasonable price. Those things are nice, but the cost of jeans have exploded in recent years so you can’t be haphazard with your favorite pairs. Yeah. The black ones. Sure, they are a little snug but the quality is crazy. After several washes, they are still true to size which is rare. You know that.

Anyway, clearly, the round house kick is out, so you do what any other good father would do; you pull a gun. You had to. Your son is starting to respect his sensei more than you. He’s even bowing to his sensei. He never bows to you. Not yet anyway.

After class is over and you’ve put some cold steel in the instructor’s face, you go home to clean your guns. Next thing you know, you are being arrested for being a good father? Uhhh it was just a demonstration. Yes, the weapon was locked and loaded but you have incredible trigger discipline so what’s the big deal? As you’re being placed in the back of the cop car, Billy comes to the porch. Your eyes meet. He bows to you. You’re his sensei. You have been all along. What a moment.