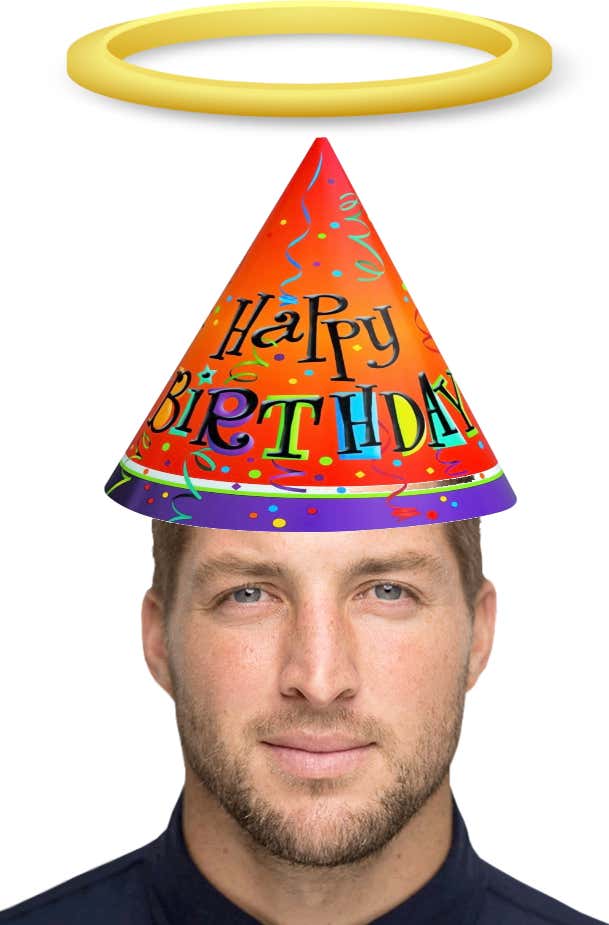 So today is Timothy Richard Tebow’s 30th birthday. I’ll admit that I never thought I would have cared about this so much as recently as a year ago. I liked Tim Tebow when he was a football player and was winning NFL games in some of the most ridiculous ways ever, but that was about it.

However, last September my New York Mets signed Tim Tebow to play baseball for them. All that he has done since then is slowly progress as a player, hit a bunch of YABOs, and start performing miracles. And while years of CCD (Central City Dump for the uninclined) taught me a lot about Jesus’ life, I must have been sick the day where it was discussed how Jesus turned his Miracle Meter to 100 and really started churning out miracles. I thought JC consistently pumped out miracles like Mike Trout produces MVP seasons. Nope. As Barstool’s resident Super Catholic KFC taught me, it turns out 30 was when Jesus really started cooking with the miracles. If they gave out WAR ratings for humans back in the day, 26-30 AD Jesus would have been up there with 2001-2004 Barry Bonds. Jesus turned water into wine while also turning water into a walkable floor. Blindos remembered how to see again. Dead men remembered how to breathe again. Everything started clicking once Jesus blew out the candles at his 30th birthday and the rest can be read about in the Bible.

Now it’s no secret that Tim Tebow is God’s favorite player. It’s the only reason I haven’t c-worded da saeson. KFC did that back in early May and in the end he will likely be 100000% right for it. But I remember all those crazy ass games with the Broncos during the Tebow Era. Marion Barber running out of bounds. The Broncos winning games despite Tebow passing for like -50 yards. And of course the playoff game against the Steelers. I don’t have much hope as a Mets fan. But based on what I have seen the last week, #TebowMiracleSZN may indeed be upon us.

We had video emerge of Tebow greeting an autistic fan followed by him crushing a three-run homer.

Then later that game, Tebow ate a fastball to the dome and shrugged it off like it was no big deal.

Oh yeah and look who is trending today out of NOWHERE.

And wouldn’t you look at who the Mets play on his 30th birthday. A franchise that clearly sold it’s soul to the devil almost a century ago. 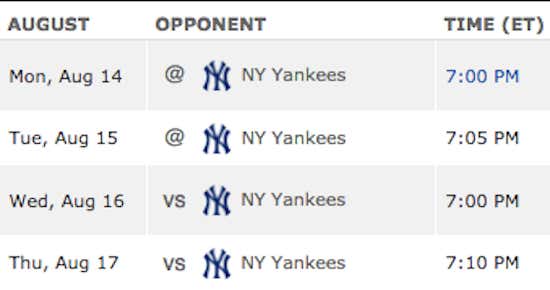 Could this all be a coincidence and some feel good stories all coming at once? Yes. But if Tim Tebow’s juju somehow fueled the Mets to make the playoffs and win the World Series in a season where almost everything has gone wrong, it would almost rival some of the miracles Jesus pulled out. Not quite the dying and coming back to life three days later part. But I’m sure there were minor miracles that would be almost seen as magic tricks today that were easier than inspiring a team 11 games back with 1.5 months remaining and ownership selling players every day to make the playoffs.

Ya Gotta Believe (in Tim Tebow)!