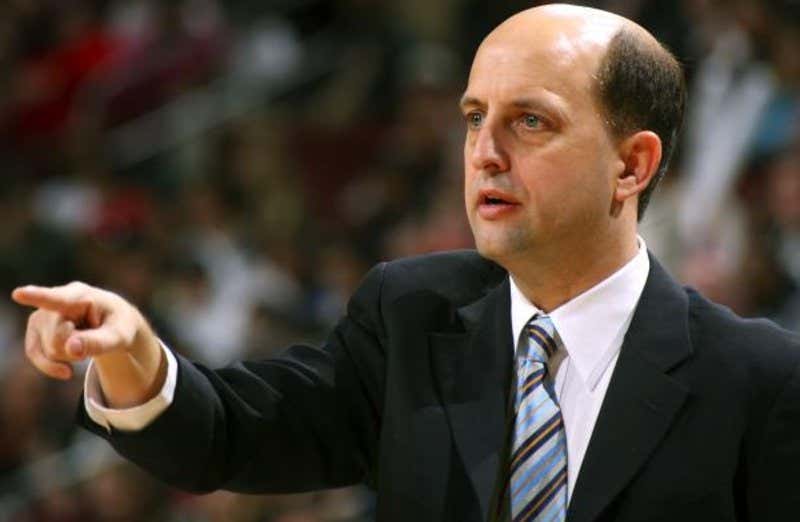 Like I’ve been saying, basketball is truly becoming a year-round thing, which is awesome. We’re now talking about the FIBA AmeriCup, which is something you’ve watched in the past without ever knowing it. The FIBA AmeriCup used to be played every two years as an entry way into the FIBA World Cup and Summer Olympics. Now, FIBA has moved it to four years and this will be the first time since 2007 since the US competed in it.

With training beginning in three days, USA Men’s Basketball announced the 16 guys heading to Houston for that. Here is the list, who will be coached by Jeff Van Gundy:

Something you may notice here. Not the typical list you’d see for a Team USA. That’s because of the change in philosophy for Team USA and this tournament. With FIBA AmeriCup, it’s just a 12-team tournament for bragging rights. If you make the 12-team field, you qualify for the 2019 Americas, which is how you qualify for the 2019 World Championships in China. I know, it can get confusing, but it’s just what FIBA decided to do in order to not compete with the FIFA World Cup. However, the big event is still the FIBA Americas, which will take place over the course of a few months. FIBA decided to get rid of the traditional summer events, so Team USA will have group stage games against Mexico and Puerto Rico in November and then a final group stage game against Cuba in next July. The second round, which is the top three teams from each group placed together (group A and C and group B and D) then begins in September and finishes in February. Top-6 automatically qualify for the FIBA World Cup with the best fourth seeded team qualifying as well to make seven from FIBA Americas to the FIBA World Cup. There are currently three top-10 teams in FIBA Americas with USA (No. 1), Argentina (No. 6) and Brazil (No. 7).

So while Team USA wants to win the FIBA AmeriCup it’s not a necessity for the long haul. That’s why you see a team like this. It’s giving guys who would never get the chance to play for Team USA that shot. Out of this group, 4 guys won’t make the trip to Uruguay, Argentina and Colombia where the FIBA AmeriCup is being held. My guess is you see guys like Marshall Plumlee and Darrun Hilliard on the roster, barring injury. The questions is what does Van Gundy and Mo McHone, an assistant coach who is experienced in the international game, want to do? They can keep stretch players like Derek Willis compared to Jameel Warney or they can load up on guards with guys like Billy Baron, Larry Drew II, Darius Morris and Kendall Marshall. We’ll know for sure before August 24 when they depart the USA.

The schedule for Team USA looks as follows:

Team USA must win Group C in order to make the semifinals.