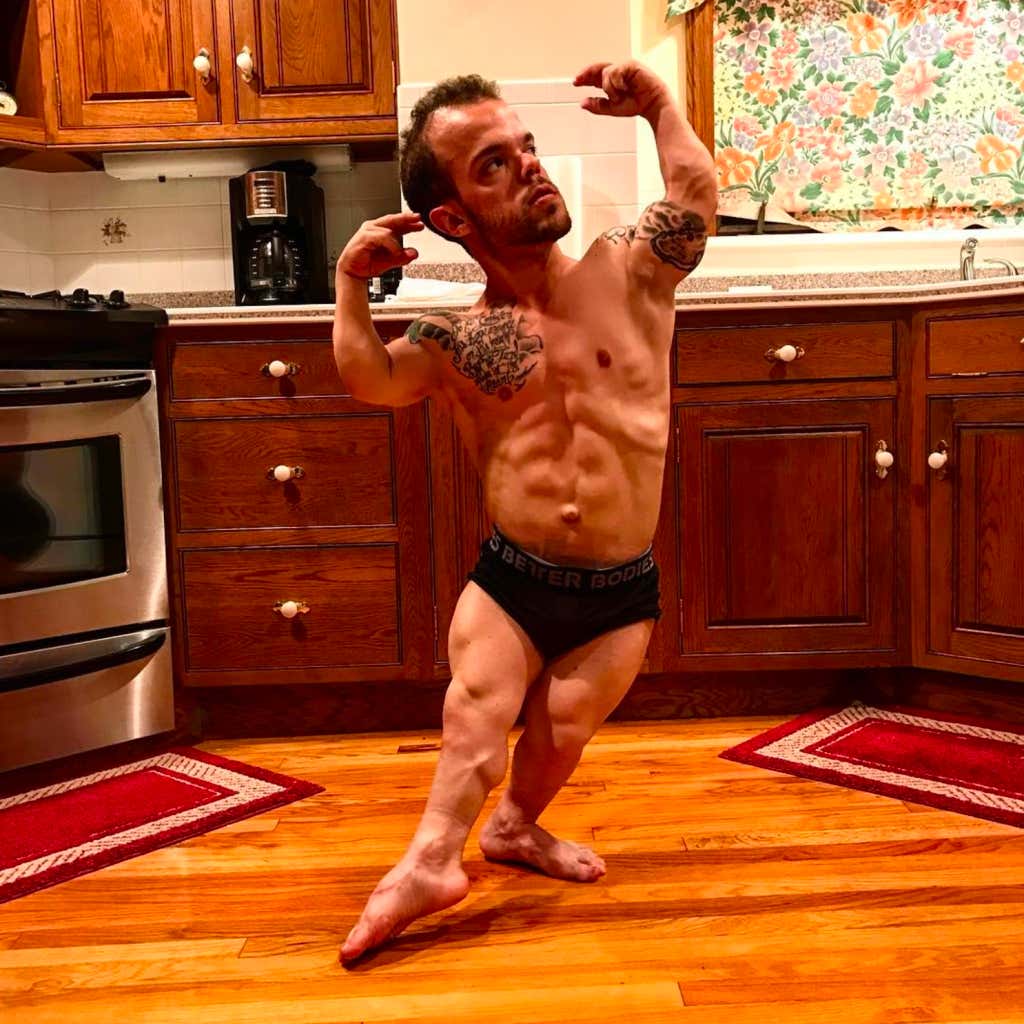 Maxim – He was born Vince Brasco, but people call him Mini Hulk, a fitting moniker for two obvious reasons.

Born with a form of dwarfism called acondroplasia, Brasco barely tops four feet, but that hasn’t stopped the 25-year-old Pennsylvanian from becoming a pro body builder with more muscle than most men twice his size.

Since it’s Monday morning, my brain is still fixated on Game Of Thrones. Now don’t get me wrong–I love Peter Dinklage. I think Tyrion Lannister is one of the best characters in television history. But at some point in the show, he has to die. There’s no chance he makes it out of the show alive. So what would be the best way for him to go? Well Mini Hulk over here needs a cameo. Cersei already has the mountain, the most jacked dude on the planet ever. So why not bring Mini Hulk on to the team as well and have him beat the shit out of Tyrion for a full 60 minutes one episode?

Aside from constructing the greatest battle scene in Thrones history, let’s talk about what a beast Mini Hulk is. 4’1″ and eats nothing but weights and protein shakes. 4’1″ and and dude is repping 265 on the incline like it’s his warm up. Imagine going to the same gym as Mini Hulk? You finally work up the energy to even drag your lazy ass to the gym in the first place. That’s half the battle. Then you’re there struggling to rep 135 so you decide to stop embarassing yourself and grab a couple of 25 lb dumbbells to curl instead. Then out of nowhere, here comes Mini Hulk walking in and starts throwing up weight you’re not even comfortable being a spotter for. I’d have to cancel my membership immediately. Did I think I’d wake up this morning and start my week off by being jealous of a little person’s body? No I did not. But here we are. Buddy is absolutely shredded. The kind of shredded where you take your shirt off in public any chance you get. Must be nice.

P.S. – If he doesn’t get on Game Of Thrones, then maybe Smitty could at least enlist him to fight Zah for him.