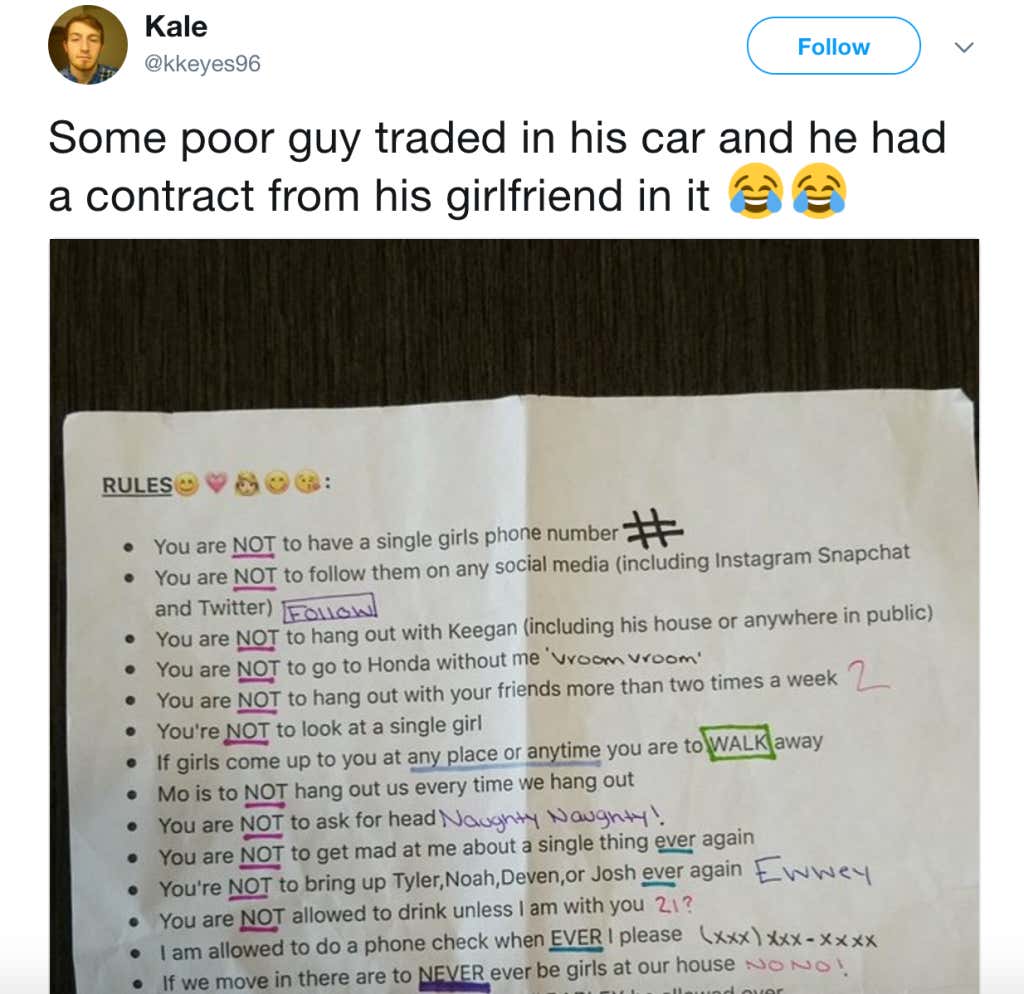 Between the time I started this blog and was wrapping up and about to hit publish on this blog, that dude deleted the tweet. It was up for about an hour, had 5k RTs, and is completely insane. But thanks to my magic, I was able to screenshot it and woahhhh boy, it is something else. 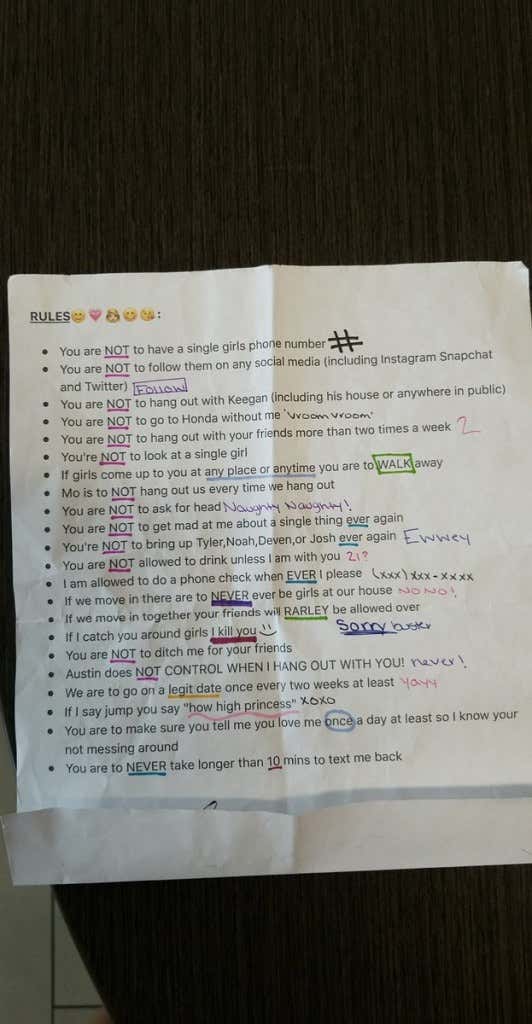 At first I thought it was some 13 year old who made this for her little 13 year old boyfriend. Like, they hold hands at recess and maybe go to the movies on Saturday afternoon. But then it became abundantly clear this was no joke- these are the rules and the contract of a legit MANIAC.

He can’t have any girls phone number in his phone. What about Sally Anne who he’s known since kindergarten? Nope!

Cannot hang out with Keegan AT ALL, who you have to assume is not KFC’s baby, but his best friend.

Can’t hang out with his friends pretty much in general, which sounds healthy.

And then it just gets sad. “You’re NOT to look at a single girl”. Like, come on. If a girl tries to talk to him he has to walk away. Again, this is just pure insanity.

And then, the crazy sets in:

“You are NOT to ask for head.”

Like, how terrible is this chick? How unfun can one person be? The only reason a guy would ask for head is because the girl isn’t a giver to begin with, which is problematic at best.

The lunacy continues, with her banning him from ever getting mad at her, not allowed to drink unless she’s there, able to check his phone whenever she wants, and it goes on and on and on.

Suffice to say, if you’re a chick and you have to make these many rules for your boyfriend, maybeeeee it’s just not meant to be. And if you’re a dude and your chick hands you a list like this, run for the hills. Change your number. Change the locks. Change your identity. This is psychotic behavior to the infinity degree. Hopefully this guy got the fuckkkkkk away from this maniac before she caught him accidentally looking at a girl and slit his throat.