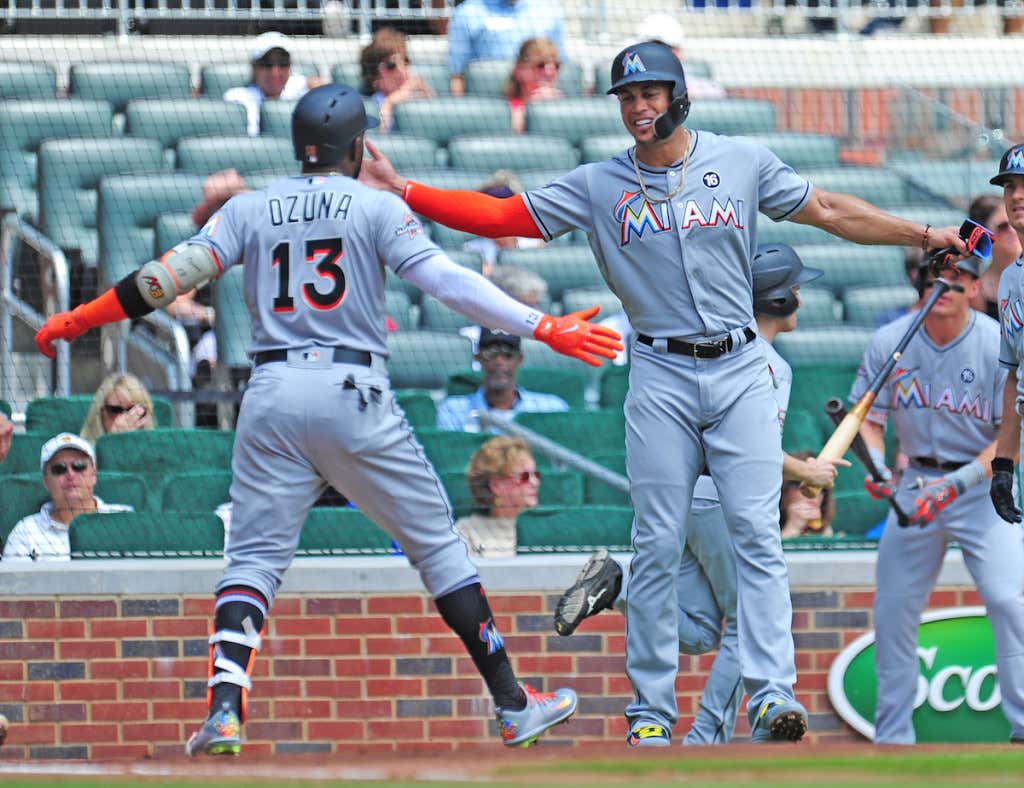 Bow down to Big Dick Stanton. It’s August 8, and BDS has already tied his career high in homers with 37, which is actually the third time that he’s reached this exact total over his eight-year major league career. Stanton hit 37 bombs in 2012, 37 in 2014, and here he is with 37 homers in 2017 with FIFTY-TWO GAMES still remaining on the Marlins’ schedule. I suppose we should also mention that his 37 home runs this year lead all of baseball. If you’re not a big math guy, BDS is on pace to hit 54 bombs this season. And honestly, I would not be surprised if he reached the 50-homer plateau, assuming he stays healthy, which has been a problem for him over his career.

If you look at what he’s done month by month, he’s been incredibly consistent. Stanton hit seven home runs in April, seven in May, seven in June, fourteen in July, and now he’s already hit four in August, so that means he’s on pace to hit 18 this month. Would probably bet against that, but he’s clearly not slowing down here in the second half. In fact, he’s third in the majors in OPS in the second half (1.178) behind Nolan Arenado (1.198) and Charlie Blackmon (1.185).

No knock on Arenado or Blackmon, but the Coors Field factor is real. When you sort the OPS leaders in the second half by road ballparks only, Arenado (1.111) is still holding strong at No. 15 because he’s legit as fuck, but Blackmon drops all the way down to 73rd (.846). Stanton actually moves up one spot with the second highest road OPS in the majors in the second half (1.359). Put that dude in any ballpark on planet earth and he’s gonna smash bombs.

Speaking of smashing bombs, not so surprisingly, Stanton also leads the National League in average exit velocity in the second half (95.8 MPH), fourth overall in the MLB, just edging out Aaron Judge (95.1 MPH).

I’m talking strictly market size. Even if the Marlins won a World Series with Stanton, it still wouldn’t mean one tenth of what it would mean if this guy found his way to a major baseball market. I don’t just want it; I need it.