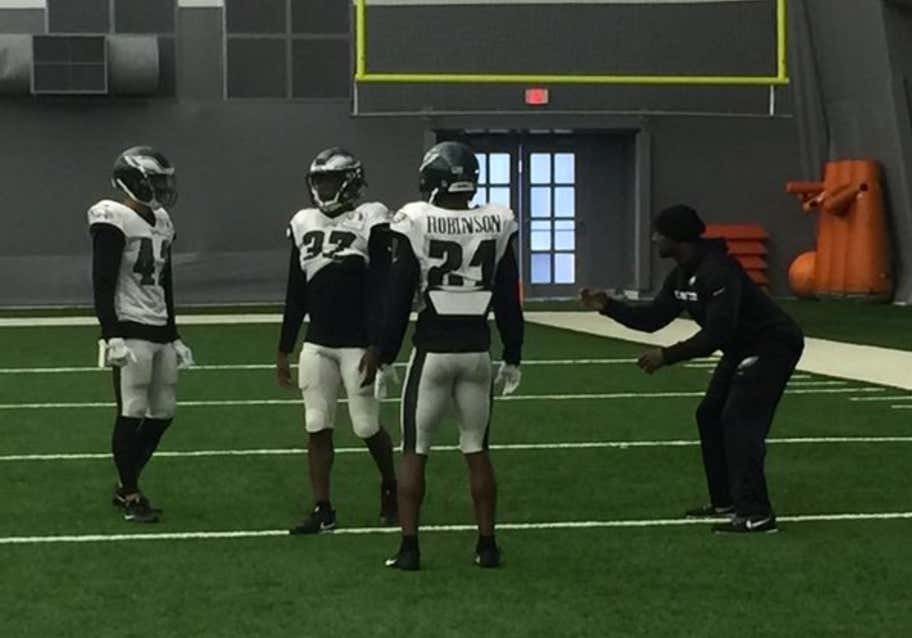 PV – Philadelphia Eagles legend Brian Dawkins’ official title is listed on the team’s website as “Executive / Football Operations.” Unofficially, he’s also helping coach the defensive backs and linebackers. “When we finish practice, he comes over and gives pointers on tackling drills, how to rush the passer, and playing with good leverage, things like that, that helped him out when he played,” said starting safety Rodney McLeod. “It’s a different situation when you have a Hall of Famer like Brian Dawkins out here, who’s labeled as a scout but has a lot of experience with the game, and is here to help guys out. Obviously, his job is in the scouting department, but now that we’re on the field, he helps where he thinks he needs to be.”

Love it. Anytime you can get Brian Dawkins helping out on the field, it’s beneficial for the squad. I don’t care if he’s bored and solely wants to babysit these kids, it’s a win for the Eagles. There’s NO grab ass going down when Weapon X is there to instruct. Just look this picture of Dawkins flexing his junk up and down the sidelines: 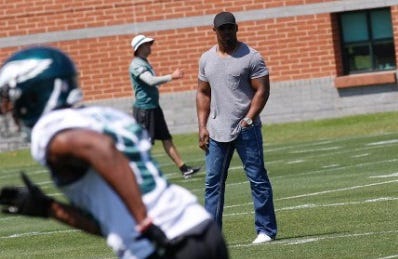 Mean muggin like a motherfucker. Forget about the front office position. Hell, forget about being a coach. Get that man some pads and let him go to work before he takes everyone’s block off simply with his presence on the sidelines. DOGGONIT: