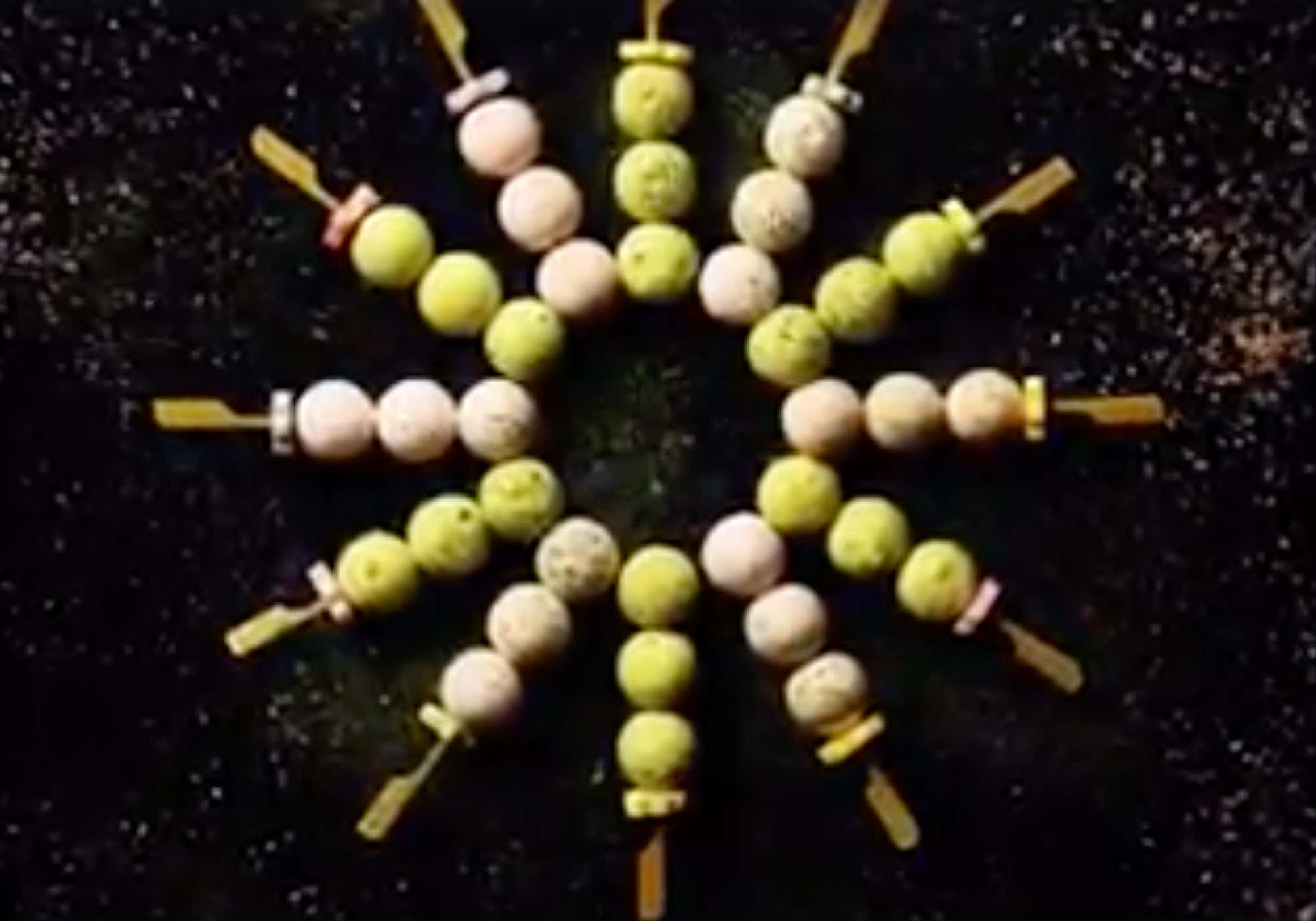 Quartz- In Japan’s humid summers, some popsicles are staying cool even in the heat. An accidental discovery at Kanazawa-based Biotherapy Development Research Center helped create popsicles that don’t melt, and they’re available for sale in parts of Japan. Kanazawa Ice—also known as “not melting popsicles”—first hit stores in the northwestern city Kanazawa in April, reported Japanese daily newspaper Asahi Shimbun, before rolling out in Osaka and Tokyo.  The secret ingredient that helps the popsicles keep their shape is polyphenol liquid extracted from strawberries. “Polyphenol liquid has properties to make it difficult for water and oil to separate so that a popsicle containing it will be able to retain the original shape of the cream for a longer time than usual and be hard to melt,” said Tomihisa Ota, the popsicle’s developer.

That’s gonna be a no from me dawg. Hard no. For a couple reasons. First of all I simply don’t trust it. I don’t trust non-melting ice cream the same way I don’t trust someone who hasn’t lived through at least 10 winters. It just makes me skeptical right off the bat. But mainly that I’m not in the market for my ice cream to change. Ice cream is just fine the way it is. Perfect, even. I eat it. Its cold. It’s delicious. You’d be hard pressed to find a person who is like, “You know what’s the one thing that pisses me off on a regular basis? Fucking ice cream.” I’m willing to speak for the general public and say ice cream is going great. People really need to be spending their time on problems that are more worthwhile. Also I’m just philosophically against it. Ice cream melts. That is a fact of life. I’d even argue the fact that ice cream melts makes it more enjoyable. It makes it a challenge. You don’t know pleasure without pain and you don’t know the deliciousness of ice cream without the risk of it making your fingers sticky.