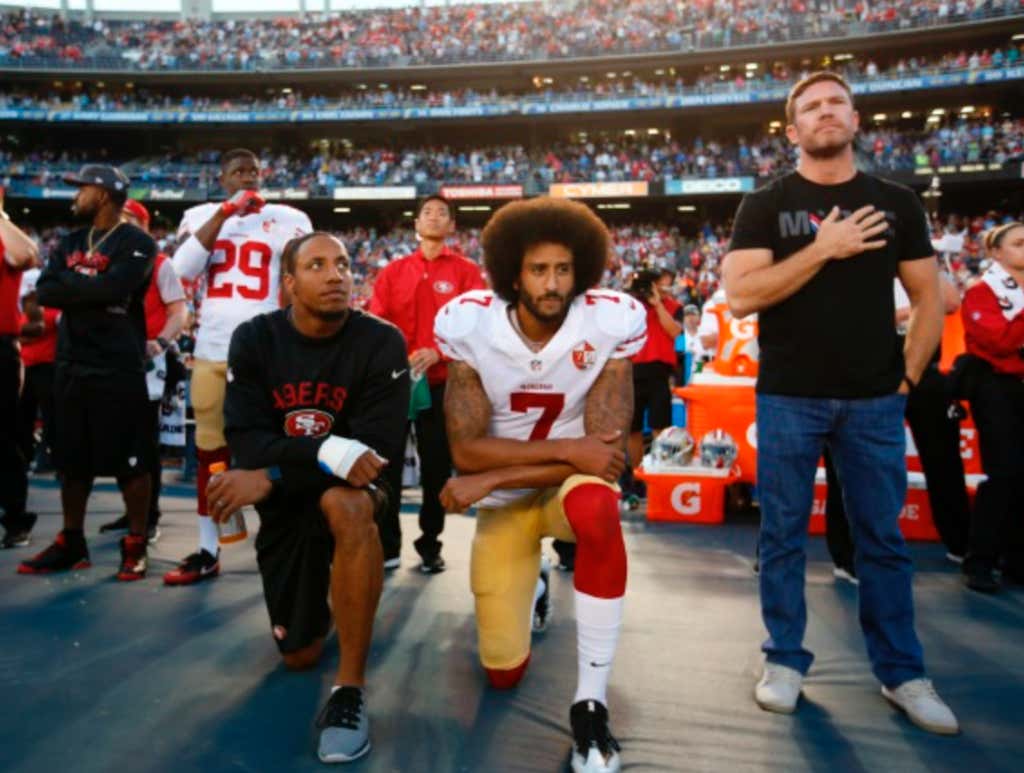 In that headline I’m talking about myself too. I’ve come around of late, as teams are bringing in guys like Sean Renfree and Thad Lewis, guys who haven’t started an NFL game since 2013 (Lewis) or never (Renfree), for workouts instead of a player who had a pretty solid season on a terrible 49ers team. I agreed that he probably wasn’t a starter and coaches didn’t want a backup quarterback who’s a distraction. And he is a distraction, whether or not you believe in his cause. Righteous things can be just as distracting as punching you girlfriend in a casino elevator, you may have heard of Tim Tebow.

But now? It’s pretty difficult to maintain the stance that Colin Kaepernick is not in the NFL because he’s not good at football rather than the league, which markets heavily to rootin’ tootin’ ‘Merica boys, would prefer to not be associated with him and his knee. When the two guys who judge football ability and the two guys who handle distractions with the media decide that he’s what’s best to help the team win football games, but the guy who answers to the rest of the owners is saying he doesn’t love the idea? Well, that’s pretty much case closed.

When the owner who had no problem with Terrell Suggs beating his girlfriend and dumping bleach all over her, in fact the problem was so small Biscotti later called Suggs a “leader,” and the owner who built a statue to Ray Lewis is saying that he’s not comfortable signing Colin Kaepernick then you have to look at it and think there’s perhaps something more going on. Again, I was a guy who didn’t easily believe all the “blackballed” conspiracy theories, but when you look at the fact that the football guys want him and the suits don’t then things start to become rather clear.

Aaron Murray. He works for CBS Sports. He doesn’t have any NFL stats. 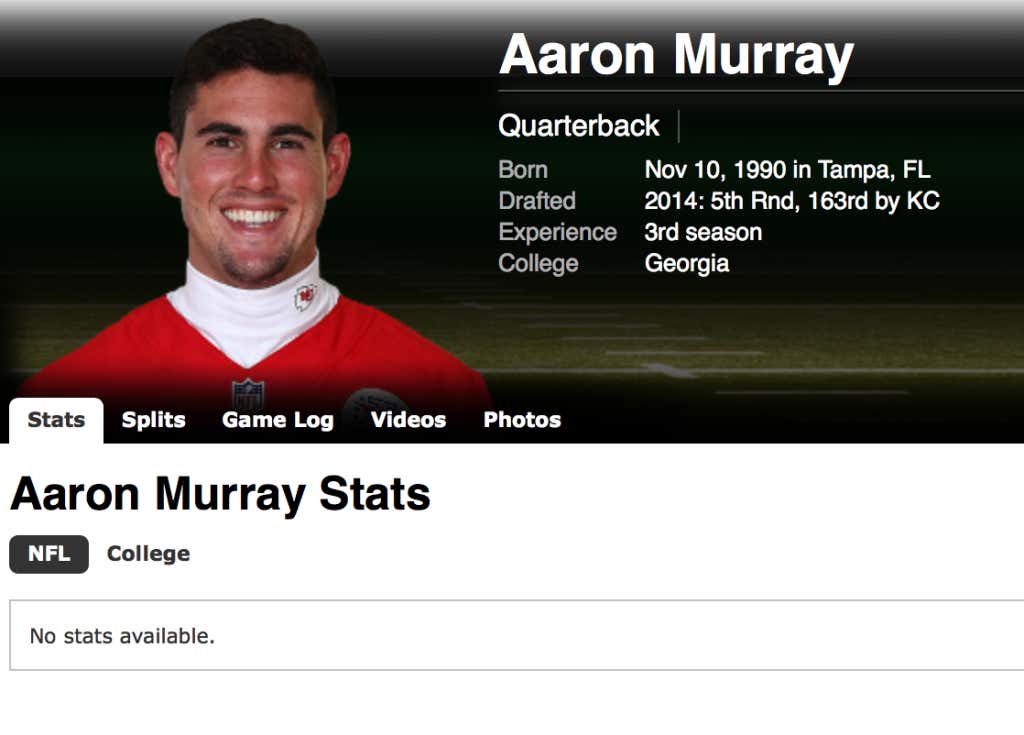 I’m sure the guys whose jobs are judged by winning football games are thrilled.

PS – I don’t even really understand why the league would want to keep Kaepernick out? That kinda made the blackball thing hard to believe too, because he makes a lot of money and appeals to a fucking lot of people. He’s still the 39th highest selling jersey and he’s not even on a team. I don’t know, I’m not good at “business,” so maybe advertisers don’t want to be associated with him but there’s not denying he still speaks to a very large audience who’s willing to buy NFL merchandise to show their support for him.