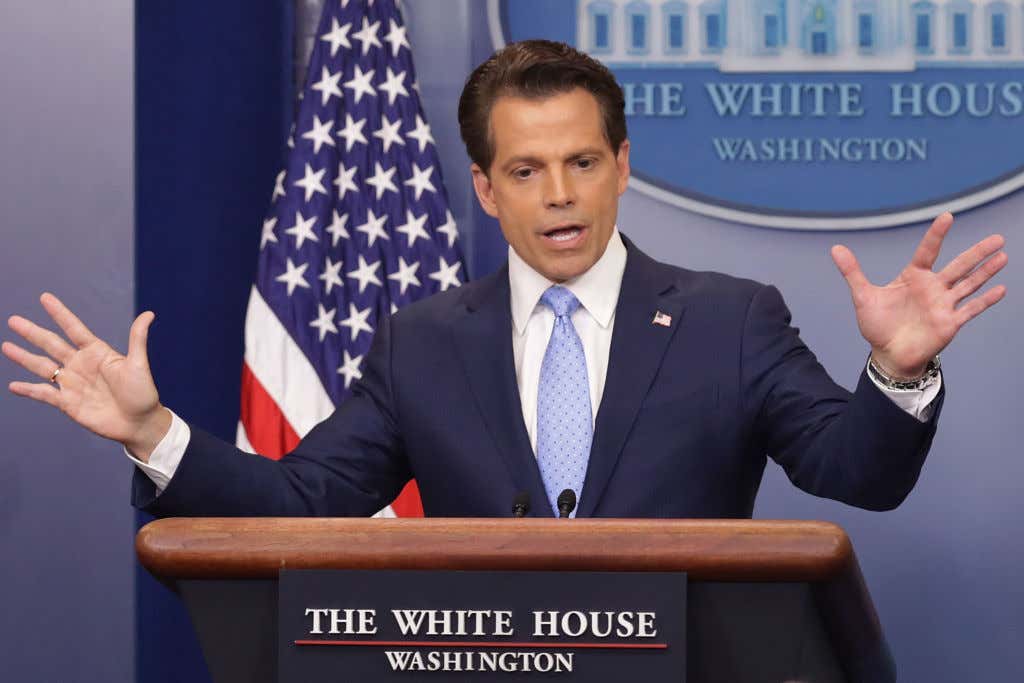 Source — As soon as Scaramucci returned from Wednesday night’s dinner, he called Lizza and gave his now-infamous interview, published Thursday, in which he suggested that former White House Chief of Staff Reince Priebus was a “paranoid schizophrenic” and that White House chief strategist Steve Bannon practiced auto-fellatio.

Scaramucci said he felt burned by the interview. “The Lizzas and Scaramuccis have been friends for over 50 years. My dad knew his dad from construction, and we were building a personal relationship. Most of what I said was humorous and joking. Legally, it may have been on the record, but the spirit of it was off. And he knew that.”

Still, Scaramucci told me, he has plans to take Lizza out for a beer.

Fuck this Lizza guy. Have you no honor? Your dads were friends bro. That’s a blood bond. No wonder Lizza here landed some dork nerd “journalist” gig while The Mooch is stuntin’ around kicking ass, taking names, accumulating millions of dollars, serving as White House spokesman for double-digit days, congratulating his estranged wife on the birth of their son, etc. etc.

“I’ve only known Anthony in his capacity as a Trump surrogate and then White House communications director. We are not and have never been ‘old family friends,’ though I think our fathers knew each other, so maybe that’s what he’s talking about.”

“I think our fathers knew each other” shut up nerd. You stabbed your dad’s boy’s son right in the back then turned right around and sold his watch and wallet. Disgraceful. I’d one million percent rather be The Mooch than be this Lizza twerp. No chance he can show his mug on Long Island ever again.

PS — In my heart of hearts, I’m a little torn on Lizza. On one hand, if he didn’t publish this interview we’d never have seen that incredible content. On the other hand, had he not published, perhaps The Mooch would still be gracing us as White House Comms Director today.

PPS — “On the record but off the record in spirit” is my new favorite policy.