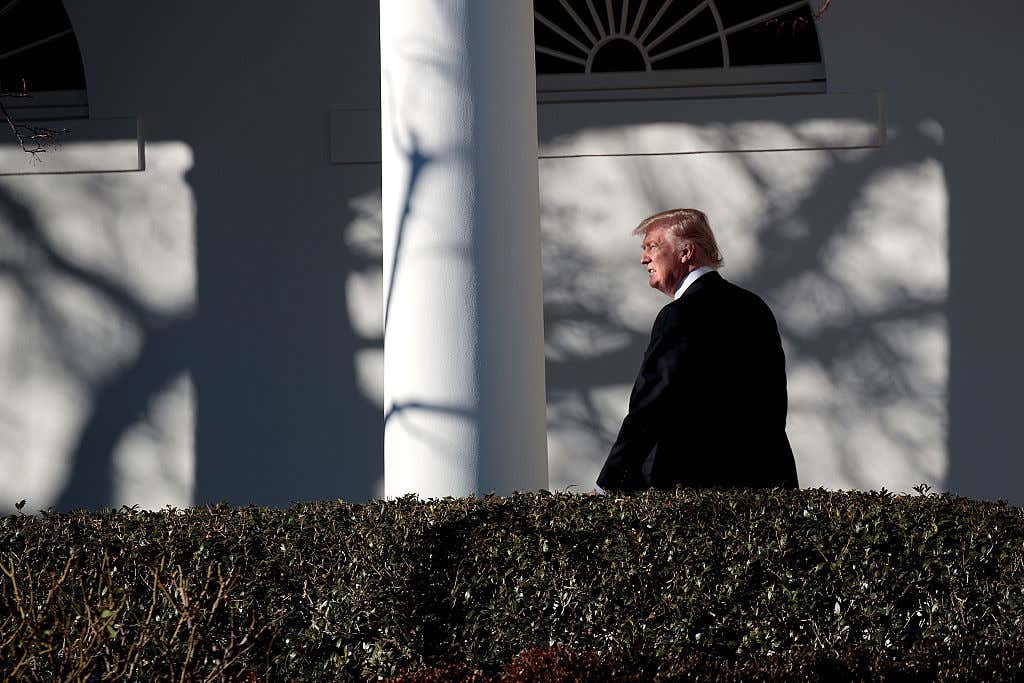 Source — President Donald Trump reportedly told a group of members at his Bedminster, New Jersey golf club that the reason he frequented the golf property so often was because “that White House is a real dump.”

The comment was reported Tuesday in a Golf.com profile on the president which will appear in Sports Illustrated this week.

“Chatting with some members before a recent round of golf, [Trump] explained his frequent appearances: ‘That White House is a real dump,'” Golf.com reported.

Of course the White House is a relative dump to Trump. Duh. Nice little rhyme there by the way to kick off the blog Riggsy. Thank you kindly. Look, you can’t go from a billionaire real estate mogul with hotels in every city and offices overlooking Central Park to government housing and expect an upgrade. No shot. Trump’s got servants at every one of his personal properties that’ve made it their lives’ work to please him and to do it with pure, unabated, unflinching loyalty. Now he’s picked up, moved into the White House, and acquired tens of thousands of underlings in and near the White House who essentially live-tweet every interaction he has. Who leak like a Dave Portnoy at a Bieber concert. And it’s all being done at a 216-year-old shack that’s been burnt to the ground only to be built and rebuilt over and over again, by slaves and the government no less. Not fancy!

I feel for Trump. The fake news media never wants to report on the sacrifices he’s making to lead his people. Guy could’ve just sailed off into the sunset at his many private ultra-luxurious properties combing the globe; instead, he spends only his weekends at aforementioned sprawling resorts, forced on weekdays to schlep his ass around the most iconic, powerful building in the history of the planet. A true man of the people.