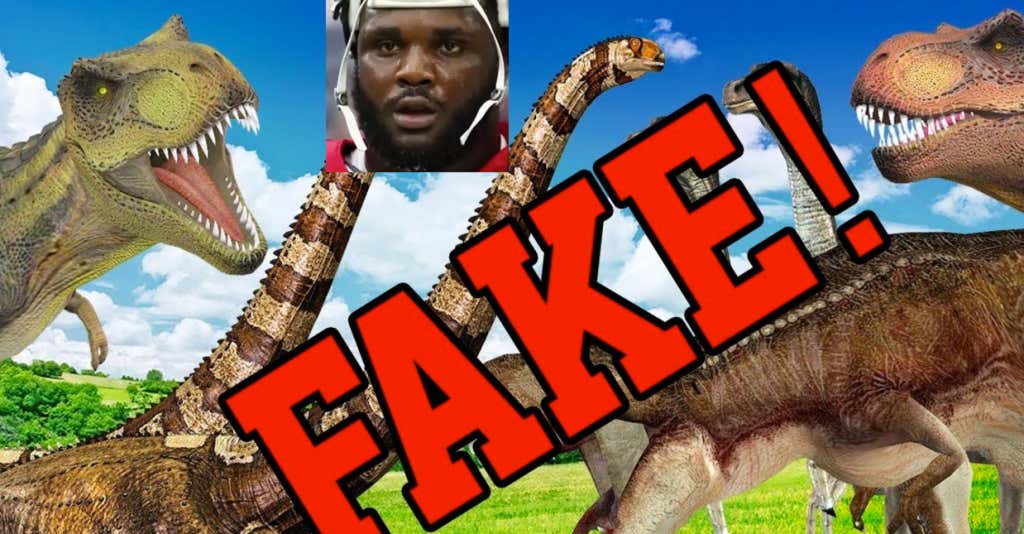 There goes that narc JJ Watt again, throwing his teammate DJ Reader under the bus for not believing in dinosaurs. Uhhh hey JJ, do you believe everything people tell you? Do you believe in the Tooth Fairy and Santa Clause too? What an idiot, that JJ Watt is. Just read DJ’s logic and you’ll start seeing the truth:

BINGO! How can you believe in something you’ve never seen? Pretty open and shut case.. 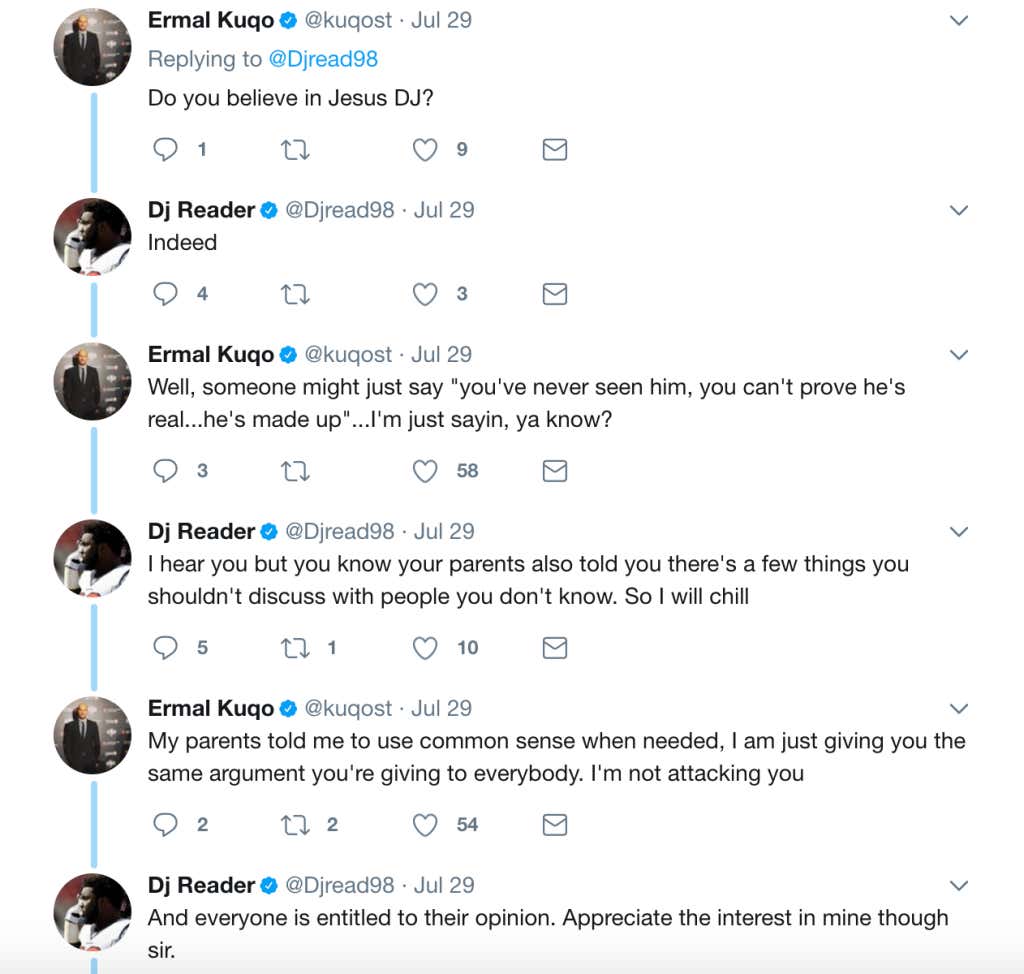 Oh…ummm…well…Jesus is different. His parents told him not to discuss Jesus with strangers, so your point remains invalid.

DJ has nerds coming out of the woodwork, pleading with him: 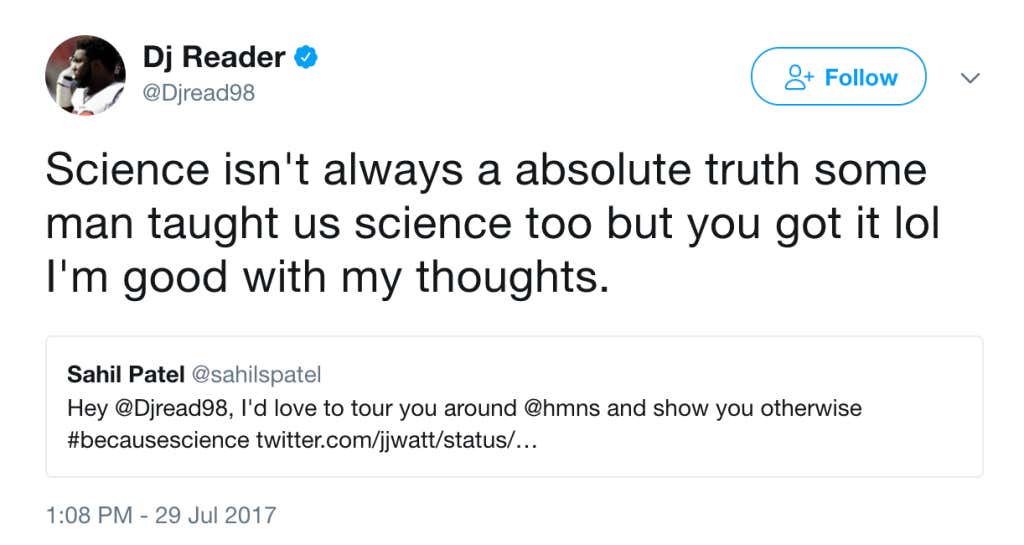 And king nerd himself was none too pleased: 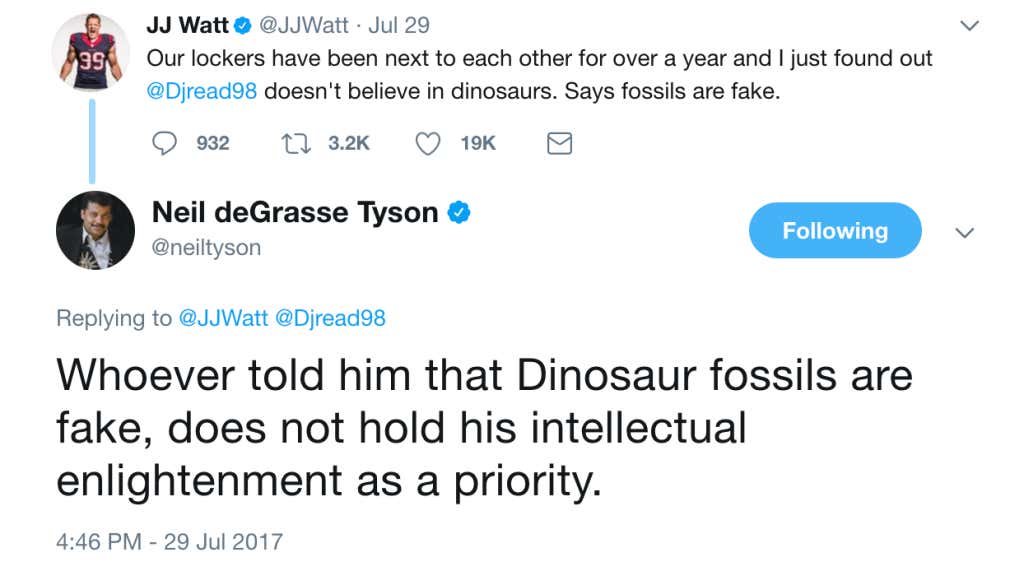 Okay, Neil deGrasse Tyson, if that’s even your real name. You mean to tell me some people out there don’t have a 6’3, 327 pound football player’s best intellectual enlightenment at heart? Damn. Now I’ve heard everything. And I’d like to point out DJ Reader is a professional football player, and Neil Tyson is only an astrophysicist. He can’t even get into Canton if he tried. Hack.

So Reader joins Williams Hayes as the NFL tries to debunk the myth that is dinos. No word on if DJ wants to fuck mermaids too, or if he’s all set with that.