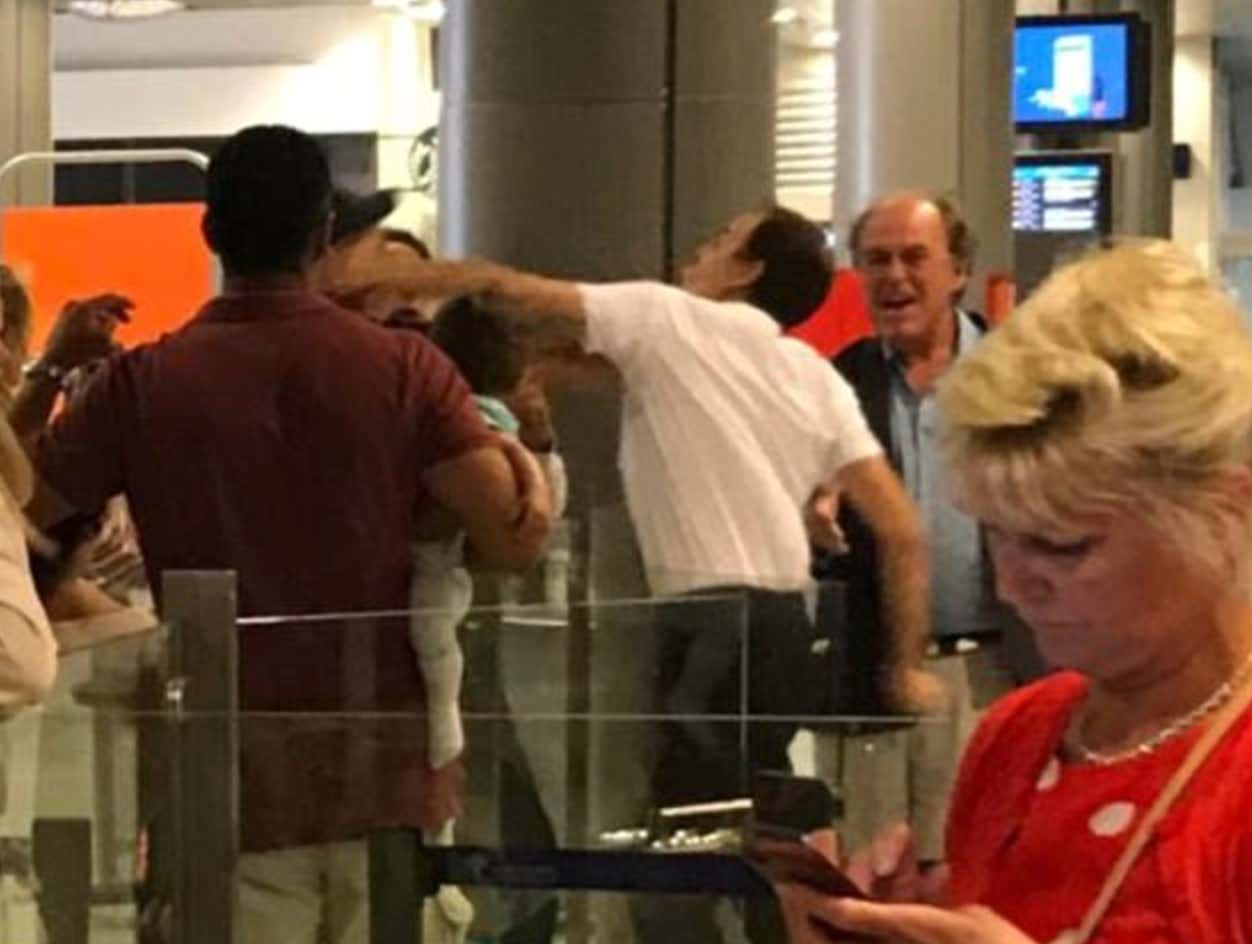 The Sun- SHOCKING footage of an airport bust up that saw a worker punch an easyJet passenger holding a baby has sparked a police probe. The investigation was launched after Sun Online exclusively revealed video of the brawl, which broke out during a 13-hour flight delay at Nice airport. The altercation broke out as families waited to board flight EZY2122 from Nice to London Luton on Saturday. French prosecutors are now investigating the incident and the British passenger – who has since returned to the UK – could be extradited back to France. Neither man has been named.

You know what? Good. I’m glad this happened. People holding babies shouldn’t be exempt from getting punched in the face. Yeah I said it. Dads should no longer be able to talk their shit without knowing a fist might come their way. Too long we’ve allowed them to stand on the sidelines talking mad shit with zero repercussions. Not to mention it basically turns into a hostage situation when a Dad is chirping somebody. They’re using their own flesh and blood as a human shield. That’s not right and shouldn’t be tolerated. And shout out to the guy who threw the punch. That takes balls. Big ol balls. He’s the Rosa Parks of punches. He finally took a stand  I’m sure he’s getting dragged through the mud for his actions but every revolutionary figure has faced intense backlash. Yes it was a bad scene but we are all better off. Dads holding babies are no longer off limits when it comes to physical altercations.