Pretty big day for the Cubs Sunday closing down the series against the Brewers, taking a 2.5 lead in the division, improving to 13-3 in the second half, and then acquiring the final pieces needed to make another run at the title.

Spoiler Alert: Theo did it again. 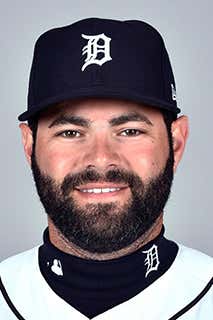 As I talked about last week on Red Line, I thought Theo would move for another veteran catcher – asking Willson to catch this team entirely into the playoffs is way too much and a horrible idea. Avila fills that need and more.

The most interesting thing I can tell you about this deal is that the Tigers’ GM is Al Avila, also known as Alex Avila’s father. Trading away your first born son is some Maury Povich shit. It also makes me think Big Al pulled favors in getting Alex to the Cubs. After all, Avila hits free agency this offseason and nothing says “I’m a valuable catcher” quite like winning a World Series championship. Must be nice.

I don’t expect them to split 50-50, but Avila should get a fair amount of playing time over the next two months. 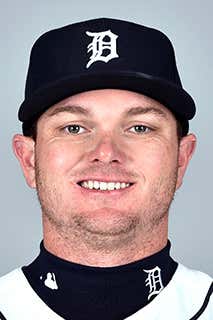 J Dubya throws easy gas. It’s borderline effortless. And most of the time (read: about 90%) he’s pumping heaters or cutters in the 94-97 range. We love having that in the bullpen, especially from the left side.

That’s 97 with a BP level effort, which allows him to command and control his fastball, which means consistent quality, which means it’s hard for hitters to square him up, which leads to recording outs at a high rate. Wilson is under control through 2018 and could be a candidate to replace Wade Davis next year as the closer. Regardless, he gives the club options for next year while filling an immediate void now.

Candy Man is a non issue for me. Rank him as high as you’d like on the prospect charts. The player I saw this year has a long ass swing and not enough feel for the strike zone. His approach reminded me of Adam Dunn minus the plus plus power. Spare me small sample size. If he hits in MLB, it’s going to be down the road and after substantial changes to his game.

Paredes is much less known and that’s unfortunate because he’s going to be a stud. 18 years old playing every day in South Bend as the shortstop with a .262/.343/.401 slash. He’ll get bigger and move off short at some point, but he can flat out hit for an 18 year old. His approach gets much better over time. In the long run though, there isn’t much point in holding Paredes because he’s a means to an end – build depth, move assets, win championships.