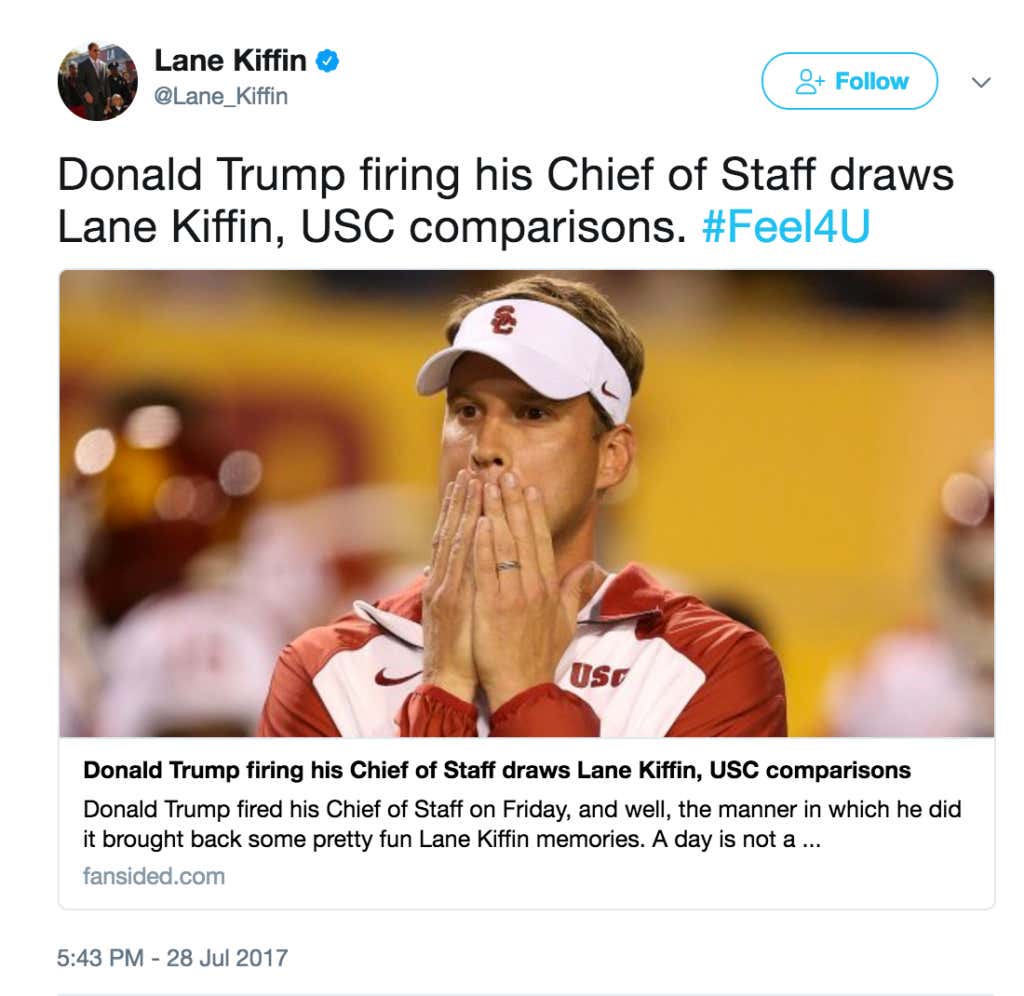 One of the big stories while I was away was Chief of Staff Reince Priebus “resigning” from his position in the White House, in what will go down as one of the funniest uses of “resigning” in politics history.  Can not put enough ” ” on the word resigning.  Obviously I don’t really care about the political ramifications of the move – what caught my eye was the details of the firing, and how it gave me a chance to revisit one of my top 5 favorite stories in my blog career.

Priebus was “dismissed” off Air Force One, loaded into a black truck, and taken away without being allowed on the plane.  Thank you for your service, enjoy the walk home. 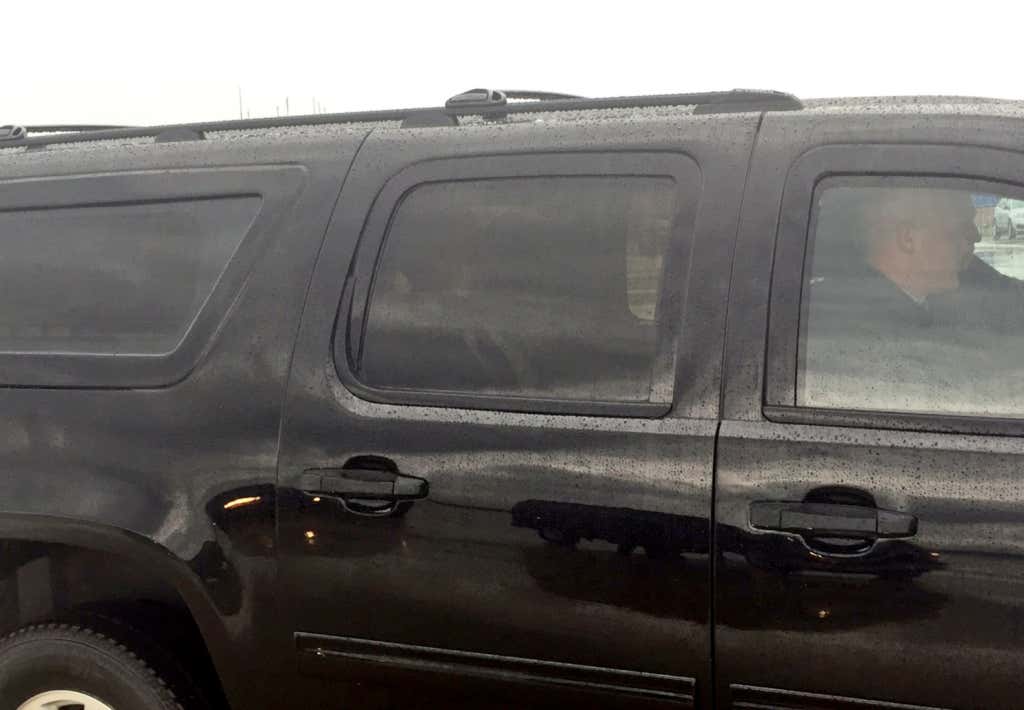 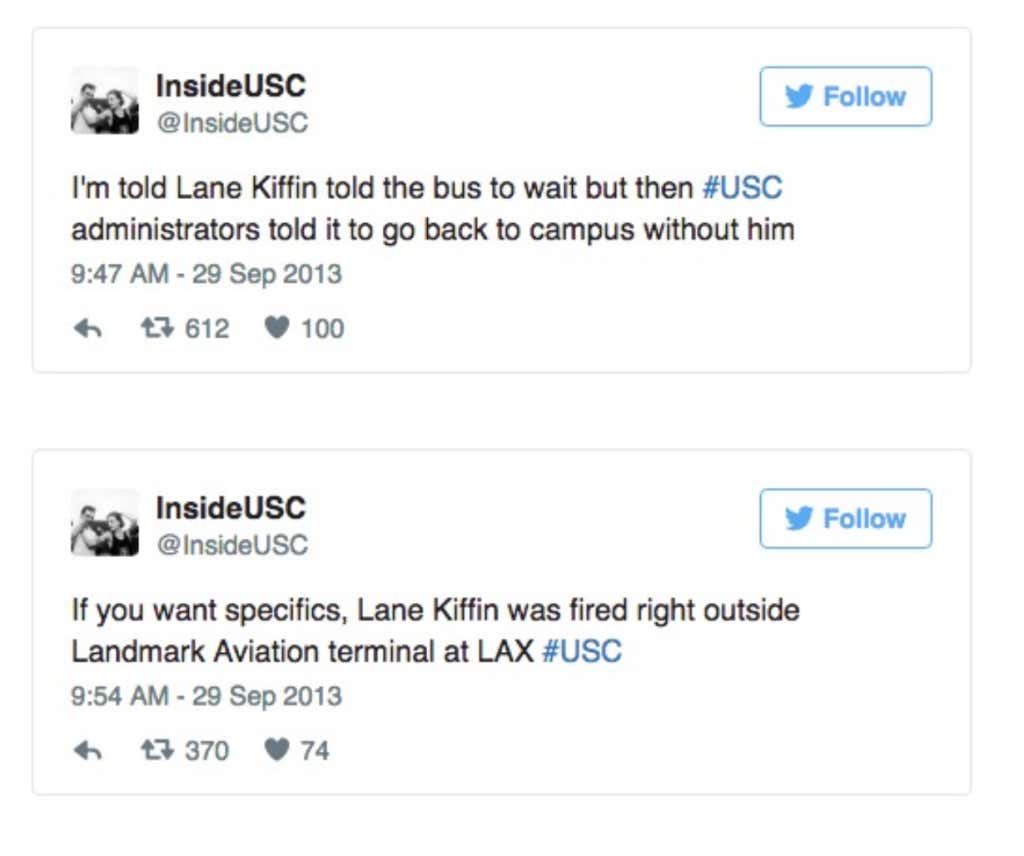 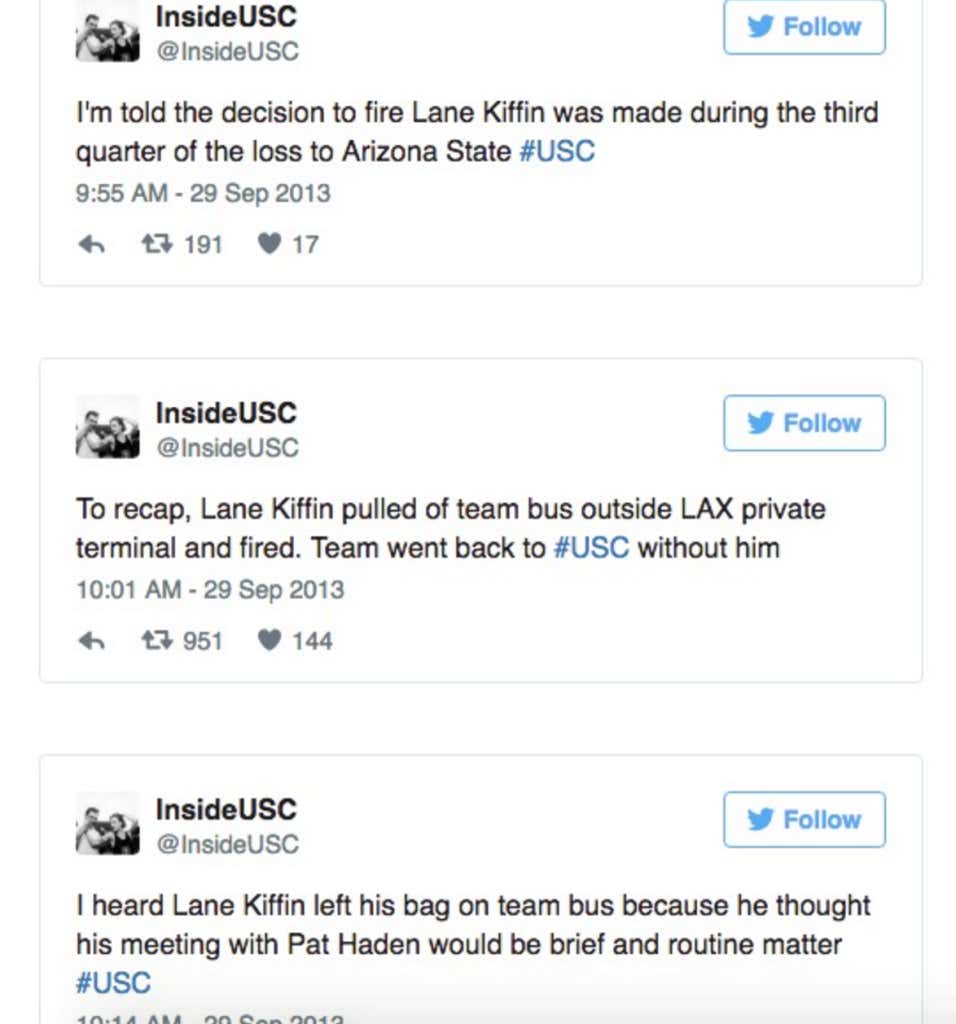 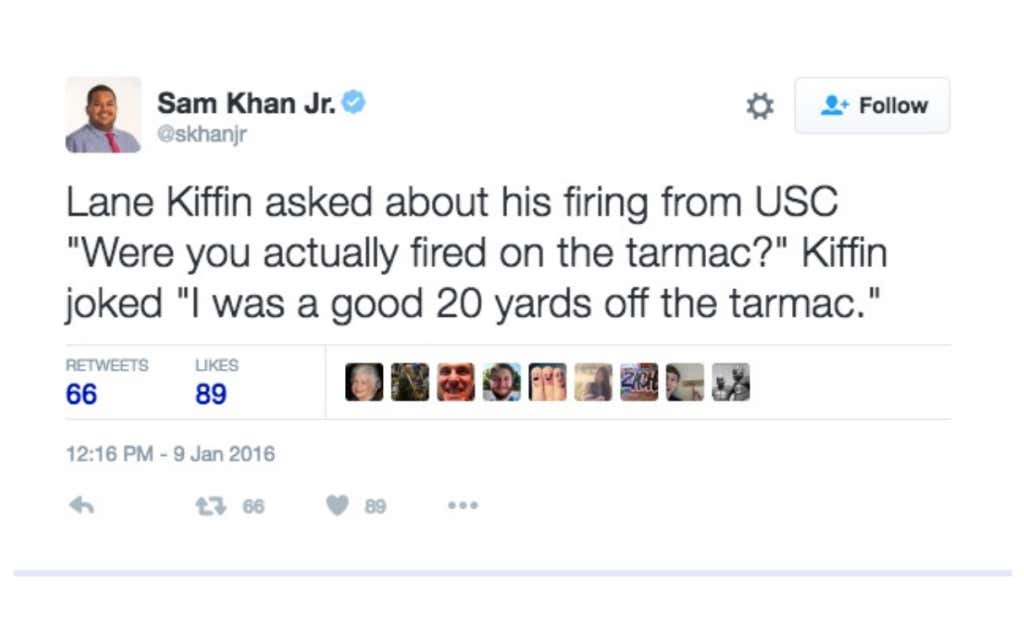 To date, the most savage sports firing these eyes have ever seen.  Letting the guy show up to the airport, look at the plane he’s supposed to board, then tell him see ya.  Here’s some money for the bus – ah shit I’m out of cash actually, you’ll find your way.  Blast him in the face with the jet engines as you fly away.  Poor Kiffin.  Poor Reince.

Just happy to see Lane landed on his feet and got over it enough to come around and joke about it.  #Feel4U.

Anybody draw a similar comparison when it happened?