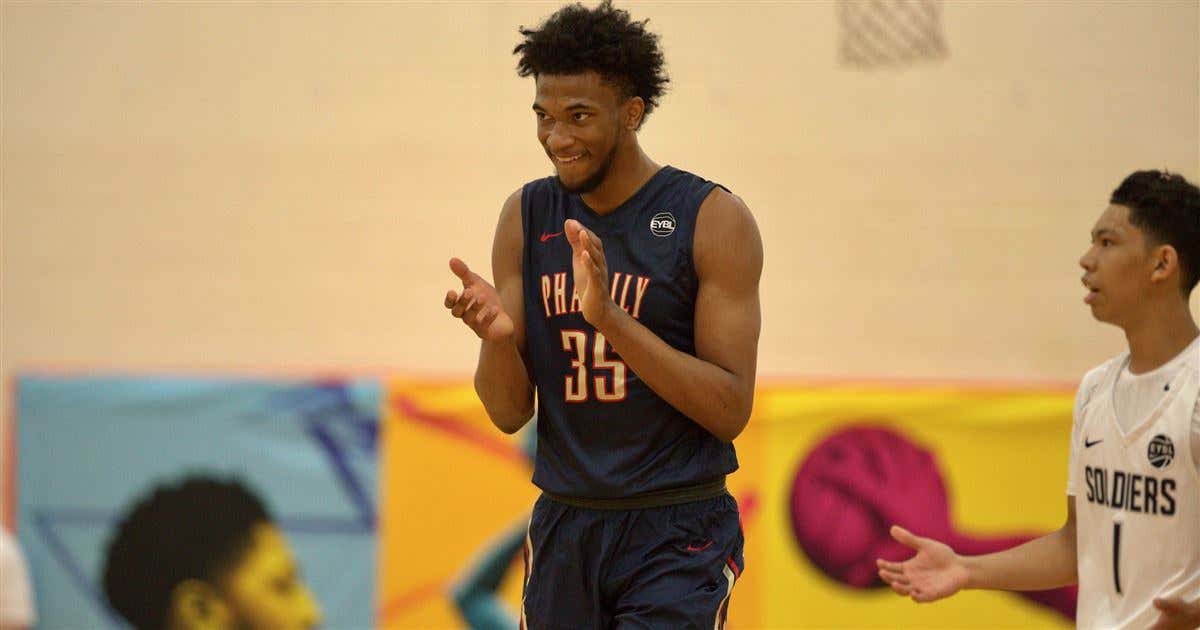 So here comes the news that everyone expected. Marvin Bagley, the best recruit in high school basketball and the best prospect whether it’s college or high school has filed the official paperwork to reclassify according to Evan Daniels of Scout.

Now as Daniels points out, this doesn’t guarantee that Bagley will reclassify. The process has just begun more than anything else – at least officially. Essentially the paperwork will start the process of the NCAA reviewing his academic eligibility and standing to make sure he can even play college basketball as of right now. Obviously, if he doesn’t get cleared we’ll see him in high school basketball for another year.

Bagley already started the recruiting process as he visited Duke last week, USC this past week and will be visiting Arizona and now UCLA. Bagley would like to still visit Kansas and Kentucky, but that will be schedule pending. Bagley has spent time in the Drew League this year – notoriously going 1v1 with DeMar DeRozan just before July 4th.

Bagley is a legit 6’11” that can step out and play on the perimeter. He can take his defender off the bounce or beat you in spot up shooting. It’s pretty impressive watching him play as he is polished at just about everything. His game is more fine-tuning at this point, as it’s more in the sense of improving more moves off the handle and being more consistent with his shot form. But he’s a strong rebounder, can finish in a variety of ways and can protect the rim while also switching out on the wing.

Whichever team he picks – my guess is he ends up at USC – will likely jump to No. 1 in preseason polls, especially if it’s Duke. For USC, he’d be the biggest recruit since OJ Mayo and can help a top-10 be a Final Four favorite. USC is going all out in this recruiting as it was reported that Andy Enfield offered Bagley’s two younger brothers – including one who is 7 years old – scholarships.