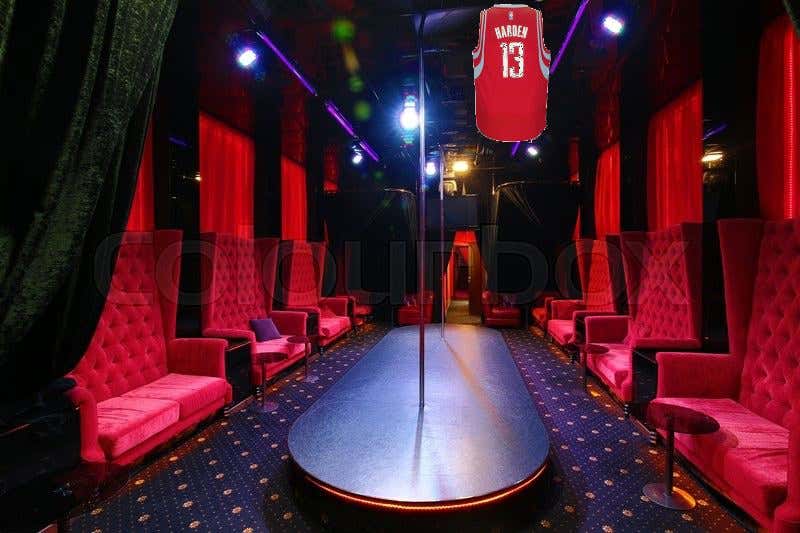 (Story starts at 20:51 because there is no way I’m ripping a video of this guy’s podcast on the off chance he stumbles upon this blog)

Has anyone in the NBA had a better year than James Harden? Sure Russell Westbrook won the MVP, Kevin Durant silenced a shitload of haters by getting a ring, and the Warriors redeemed blowing a 3-1 lead in The Finals last season. But in terms of a rise in Q rating or whatever you want to call it, Harden has had a hell of a 12 months. Yeah he absolutely no-showed in the Rockets elimination game against the Spurs, but the NBA Playoffs were so shitty, most people forgot about it by the 10 millionth comparison of MJ vs. LeBron or the 20 billionth hypothetical game between the 2017 Warriors and a team from the 80s or 90s. Even the Rockets fans were cheering their dicks off for Harden when he showed up to the club following that curb stomping by the Spurs.

You don’t see that type of love everyday from the fans after a loss. But even with all that popularity, it still takes a lot more generosity (read: crumpled up bills) to get your jersey retired at a strip club. I mean Houston has an NBA team, an NFL team, and a baseball team as well as what I imagine is a metric ton of oil tycoons like the one from The Simpsons

Yet Harden is the guy that has his jersey hanging from the rafters of a strip club like a Stark flag at Winterfell To go from not making an All-NBA Team and arguing with Dwight Howard about whose fault it was the Rockets flamed out yet again to getting your jersey retired in a smut palace is some negative to positive shit played out in real life. And something tells me this reaction to Nikki Minaj’s performance at the NBA Awards was as authentic as it gets.

Oh yeah and Harden signed a contract extension for like a trillion dollars. Can’t forget that. Big win for James and apparently the strip clubs of Houston, even though getting your jersey retired by a strip club probably doesn’t help Harden’s defense that he did not orchestrate the mugging of Moses Malone Jr. at a strip club. Based on this story alone, I imagine Harden carries even more weight at Houston strip clubs than Tony Soprano did at the Bada Bing.

P.S. I admit this is random, but for some reason I neeeeeeed to know exactly how much money and time Hakeem Olajuwon spent at Houston strip clubs. Like it’s all I can think about since I heard about this Harden story. Between college and the pros, Hakeem played in H-Town for 20 years. And as everyone that has ever turned on ESPN during free agency season knows, there is no state income in Texas. I need to know how many singles The Dream stuffed in strippers thongs during his two decades in Houston and I have no idea why.