So this picture went viral yesterday and I just wanted to shout out all my fellow New Yorkers for not giving an iota of attention to that attention-craving fuck. You have to be a special type of asshole to own a peacock let alone take one on the subway. The peacock is such an asshole of a bird that there is even a verb for peacock which basically means you are a showoff. Hardo city. And this peacock boy probably fits right into that definition as well. Nothing says “look at me and how ZANY I am” like going on a subway in the middle of the day like you are Ranger Rick. People should treat the subway the way parents want little kids to treat the stairs. Get on and off as quickly as possible and don’t pull any funny business along the way.

But the beauty (using that word VERY lightly) of the New York Subway is that 95% of the time, riders will ignore anything going on 6 inches from their face. It doesn’t matter if you bring some bougie fuccbird on the train with you or if (Spoiler) is popping (Spoiler’s Head) in (Name of show redacted for Spoiler purposes) and blood is splashing everywhere. It takes a hell of a lot to get New Yorkers to look up from their phones or break the 1,000 yard NYC Stare as music blares in their ears. The only way I would have been happy if any of these passengers gave Peacock Boy an ounce of attention is if they remixed the Harrison Ford scene from Air Force One and saying “Get off my train” before throwing this guy and his shitty bird from that locomotive of misery.

So go suck an egg Peacock Boy and bring that shit to Times Square where some tourists may give you the time of day and maybe even a few bucks to kickstart whatever craaaaaazy street performer or YouTube comedian career you want to launch. Nobody has time for your shit underground.

Also shout out to Matthew for refusing to rat on Peacock Boy, no matter how much of an asshole he was.

There is only one true snitch in the MTA’s pocket and he watches over us silently like the 2nd G in the name Gregg. 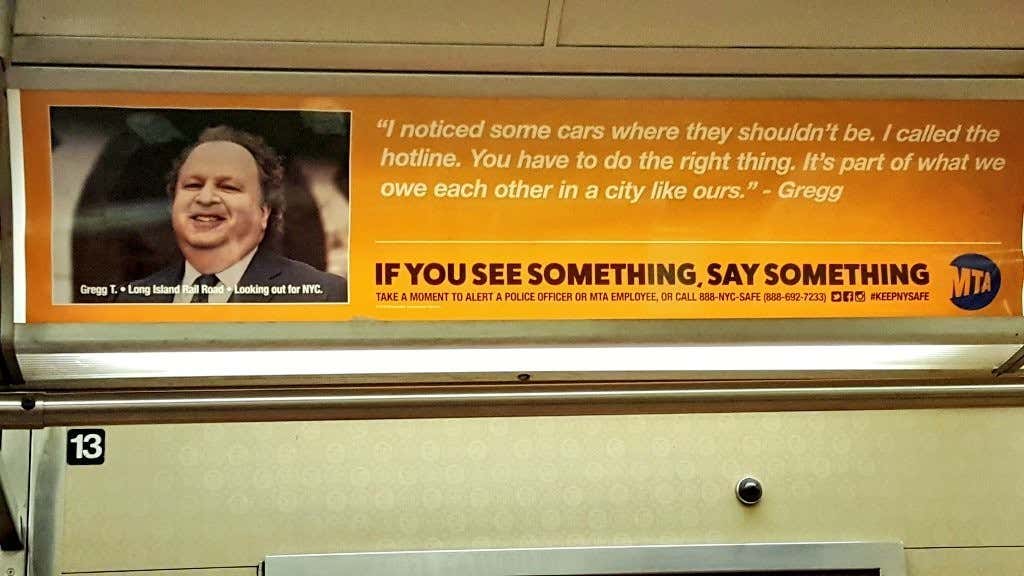