The games of the XXIII Olympiad begin with the Opening Ceremonies at the Memorial Coliseum in Los Angeles with Rafer Johnson lighting the Olympic Cauldron. There is a notable absence at the Los Angeles Games, as the Soviet Union and 13 other Eastern Bloc nations boycott the games. The boycott is a response the US led boycott of the 1980 games in Moscow. Despite their absence a record 140 nations participate over the next 16 days in what would be financially successful Summer Olympics of all-time.

Having hosted the Olympics previously in 1932 and being major sports metropolis, Los Angeles had several preexisting venues that enabled them to keep costs down in preparing for the games. In comparison Montreal in 1976 and Moscow in 1980 had lost money creating grand new venues. Montreal’s losses alone totaled over $1.5 Billion. Whatever venues needed to be created for Los Angeles were paid for by sponsors. Leading the blueprint for the plan was Peter Ueberroth, President of Los Angeles Olympic Organizing Committee as the 1984 Summer Games were the first that were privately financed, netting a profit of $250 Million.

Four years earlier the USA was absent when the Olympics began in Moscow, as 65 nations boycotted the games after the Soviet Union invaded Afghanistan a few months earlier. In response to the U.S. led boycott of the 1980 Moscow Games the Soviet Union led their own boycott in 1984. The 13 countries joining the Soviet Union on the sidelines were Afghanistan, Angola, Bulgaria, Cuba, Czechoslovakia, East Germany, Ethiopia, Hungary, Laos, Mongolia, North Korea, Poland and Vietnam.

Without their rivals for Russia, the United States dominated the Summer Games in Los Angeles, winning 174 medals (83 Gold, 61 Silver and 30 Bronze Medals). Among the American stars of the game were: Carl Lewis, who won four Gold Medals (100m, 200m, Long Jump and 4x100m Relay), equaling the record of Jessie Owens in 1936. Edwin Moses who won Gold in the 400m hurdle, eight years after winning in Montreal. Mary Lou Retton became first American to win the individual all-round Gold Medal in Gymnastics, while the U.S. Men won team gold. In Basketball future members of the Dream Team, Michael Jordan, Patrick Ewing and Chris Mullen on a team coached by Bobby Knight cruised to the Gold Medal. 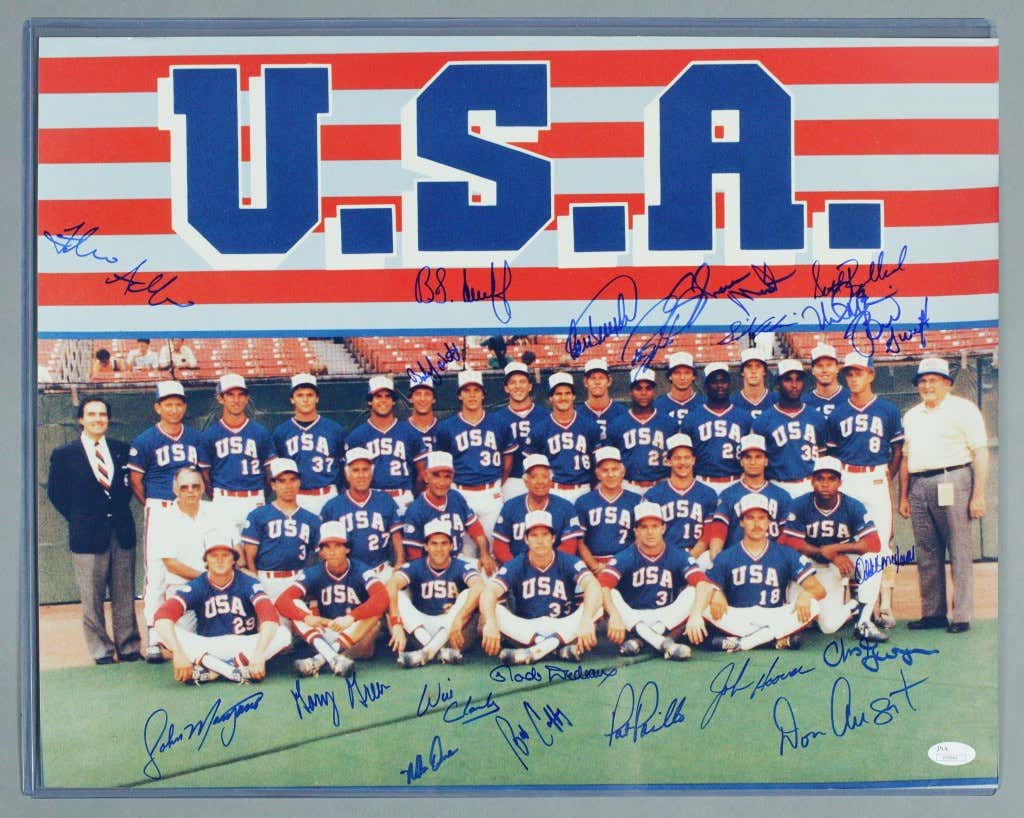 Baseball was a demonstration sport at the Los Angeles Olympics. An eight-team tournament was played at Dodger Stadium as Japan beat the USA in the final. Among the future All-Stars on Team USA’s roster were Will Clark, Mark McGwire, B.J. Surhoff, Bill Swift, Bobby Witt and Hall of Famer Barry Larkin. Following the games, Peter Ueberroth would become Commissioner of Major League Baseball on October 1st taking over for Bowie Kuhn who was not given another term by owners.

One company that did not fare well in Los Angeles, was McDonald’s. That year they ran a promotion giving away free food for every medal the United States won. If the United States won a Gold Medal in a given event on the ticket, customers won a Big Mac, Silver would bring Fries, with Bronze bringing a medium Soda. With the Soviet Boycott removing America’s biggest competition leading to a big overall medal haul, the promotion resulted in a near financial disaster for the home of the Big Mac, as they shelled out over $300 million in free food.