Look at Antonio Brown showing off that extension money right in everybody’s eyeballs. Cocky as FUCK. I don’t see any B’s on his clothes, but no matter what LaVar Ball says, Antonio Brown is a big fucking baller. One thing is to show up with some fancy car like Yo Cespedes did for like a week straight in 2016. It is quite another to show up with a chauffeur in a 1931 Rolls Royce. The only thing missing from Antonio’s entrance was a handkerchief wave out of the Willy Mays Hayes playbook.

Don’t get me wrong, I’m by no means a car guy. I don’t give a damn about model numbers or years. My eyes glaze over whenever car hardos start yapping about cars. And I take my car to the mechanic whenever it needs an oil change or a tune up because I don’t want to deal with anything car related. But showing up to training camp like one of those Grey Poupon assholes while riding in a car that literally has an old school chest for a trunk is BADASS. 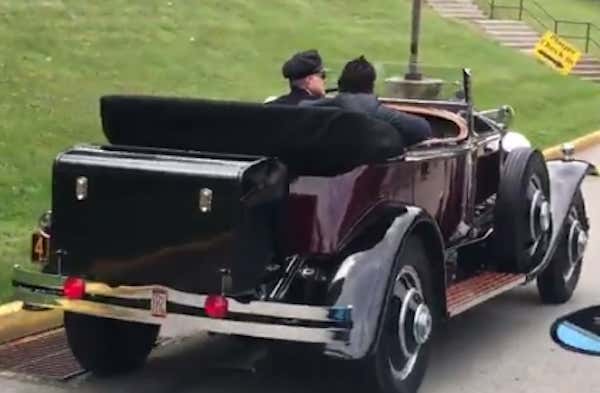 Oh that faint sound in the distance? That’s just Le’Veon Bell breaking everything within arm’s reach as he threatens to sit out until kickoff of Week 12 unless he gets an extension. The Steelers are going to be fun to watch this season with the QB that pondered retirement in the offseason, the star receiver that is auditioning for the next Broke 30 For 30, and the running back that is asking for RB1 + WR2 money.

This should be a fun season with absolutely nothing out of the ordinary going wrong.