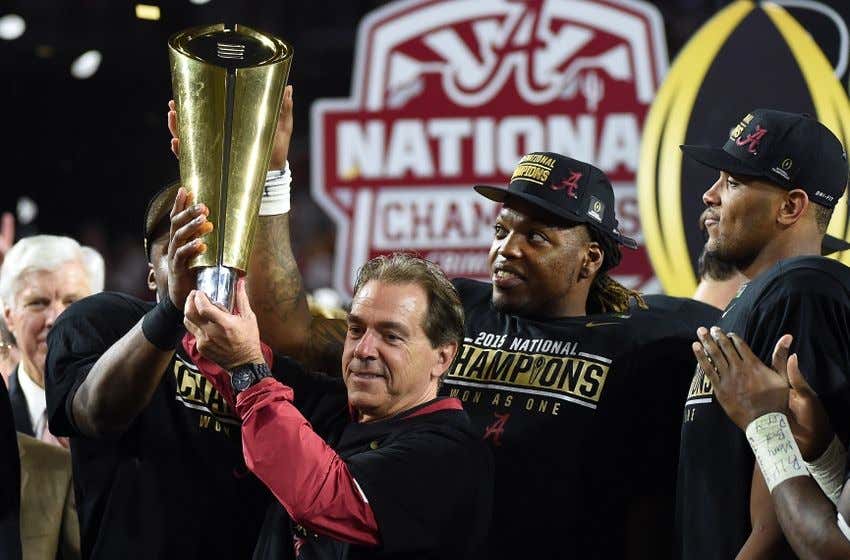 During an interview with ESPN’s Heather Dinich, Saban suggested a new way to run the CFB Playoff and bowl game system. He wants all Power 5 Conferences to play each other throughout the season.

Now, as much as I would love to see Alabama play Arizona, Michigan, Oregon State, etc., it is just not possible. Between money and all the factors that go into traveling halfway across the country, when you are a student with homework and classes, I just don’t see it happening. Who would want to watch a Kentucky vs. Maryland football matchup? SEC, ACC, B1G, Pac-12, and Big 12 matchups are what make the money for each conference, and unfortunately the only times conferences can really interplay in their seasons are the first games of the year. (FSU vs. Bama, A&M vs. UCLA, etc.)

Saban suggested expanding the system to the best 12 teams and do the bowl games from there. The belief is that the six win teams that are in bowl games are ruining the post season for college football. I mean who can forget about the Miami Beach Bowl where Tulsa beat Central Michigan 55-10. Obviously Saban never watched the, “Boca Raton Wet The Beak Ponzi Scheme Awareness Bowl Presented by Pardon My Take presented by Barstool Sports.”

The NCAA would never get rid of the bowl game system because, like the conference play that we all love so much, they make so much damn money off these games. At the end of the day, its all about the Benjamins.

I guess Saban is trying to switch up the rules and make college football more fun and competitive, because Saban is getting tired. Of what you might ask?