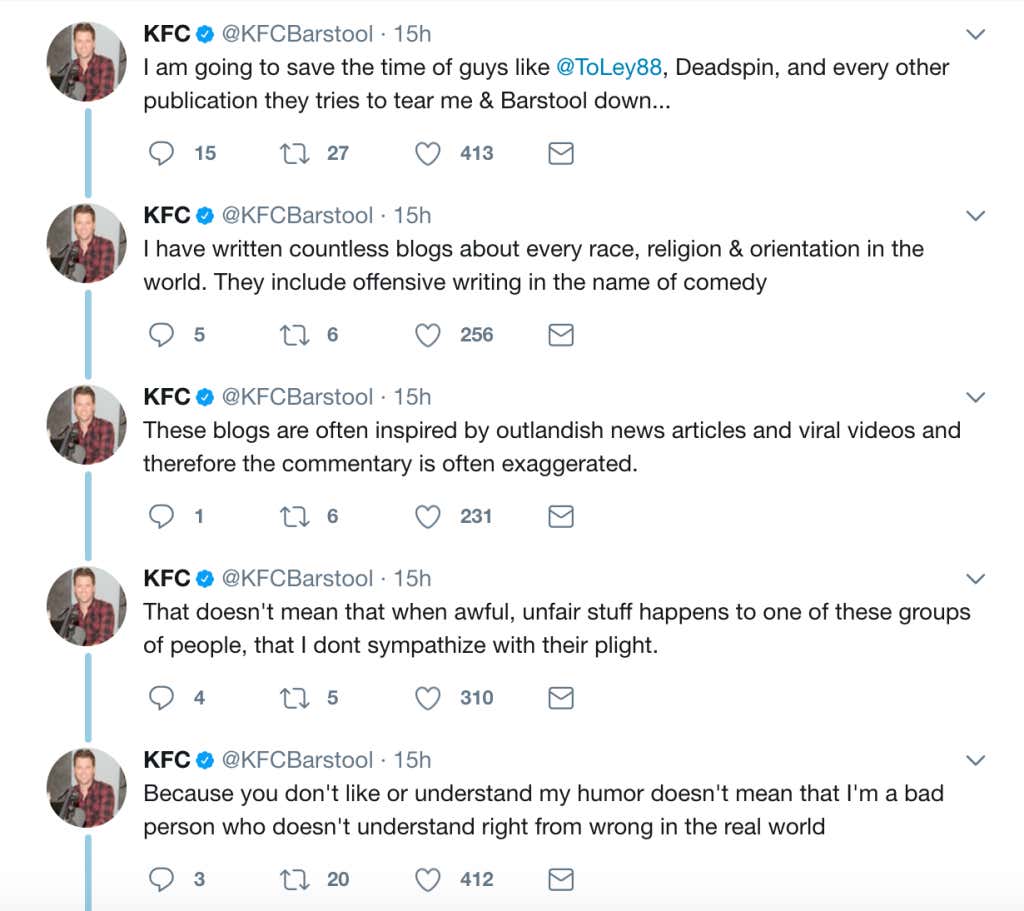 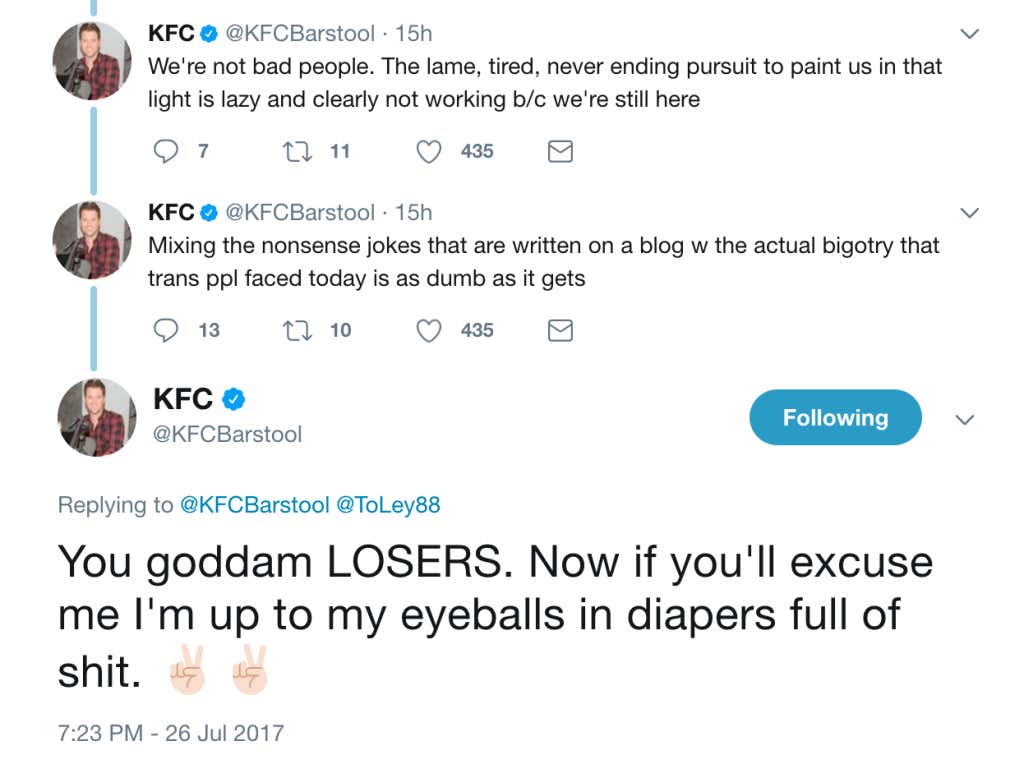 Very, very well said by Kevin Clancy of Barstool Sports last night. Back when Kevin and Barstool started out, everyone understood that this was a comedy website. People came here to get away from real life and read jokes. No matter how ridiculous the jokes, or over the top the take, it was understood by most that we are just here to make people laugh.

It’s been interesting to watch how things have progressed (or regressed) in the last couple of years. We get our site isn’t for everyone, and that’s sort of the entire point. Would you go to see a stand up comedian like Anthony Jeselnik and then complain that you were offended by the jokes? Of course not. So it’s baffling that people come here and then cry about what they see. Just because you don’t appreciate a type of humor does not mean it’s offensive. Chalk it up to different boats for different folks and move on with your life. But many people can’t seem to do that, it’s crazy.

Which brings us to last night. Kevin sent out a tweet supporting equal rights in the military. Pretty standard stuff:

Then this guy Tom Ley from Deadspin tweeted this:

I see what Tom Ley is doing. It’s cute. But are we that stupid at this point in the world that we can’t separate real life from comedy? Kevin can’t support transgender rights because he once made jokes about getting beat up by one in a blog? That’s insanity. Why can’t people see the difference? I like how this guy Chris summed it up:

Bingo. If you can’t see the difference between a comedian (yes I know that’s a weird word to use to call a blogger but it’s what works best because our jobs are to write shitty internet jokes) making jokes and their true feelings about a situation, you are too stupid for life.

So we’ll beat on, boats against the current, trying to entertain you savages who come here to get away from real life, to read jokes making fun of blindos or hondos or Darnell in high heels. And if stuff like that isn’t for you, you can always check out Deadspin, if Hulk Hogan hasn’t shut them completely down yet.