(Source)- A man who robbed a Fort Lauderdale bank then ran down a street naked throwing the cash in the air after a dye pack exploded on him told investigators he was trying to “begin his career as a comedian,” according to court documents released Wednesday. Alexander Hayden Sperber, 25, was arrested for Tuesday’s robbery of the Regions Bank at 100 Southeast 3rd Ave., according to an FBI criminal complaint.

That’s when Sperber removed his clothes and ran naked down Las Olas Boulevard, throwing the money into the air as he ran. Witnesses who captured the bizarre scene on camera said he was throwing out $100 and $50 bills. Authorities took Sperber into custody near 800 Northeast 4th Street. When he was questioned, Sperber told authorities he decided to rob the bank and run naked to “begin his career as a comedian,” the complaint said. Sperber was hospitalized and later booked into jail, where he was being held without bond Wednesday, records showed.

I’ll admit that when I first heard about a bank robber trying to use the “I was just trying become a comedian” excuse to the cops, I scratched my head. Since I am an 80s baby, I think about comedians as being people on stage or in sitcoms that tell jokes. I forgot that the comedian profession now includes people that act like dickheads in public while being filmed just to get a reaction. And I would say stripping naked and making it rain straight cash homie qualifies you as a dickhead. A Robin Hood, content producing dickhead. But a dickhead nonetheless.

Which is why the comedian excuse makes perfect sense. If an asshole that pranks people or drops a racial slur in someone’s face and runs away on his YouTube channel can be considered a comedian, so can a bank robber that tosses money around with his dick and balls hanging out. As long as you are getting those hahas in 2017, you are apparently a comedian. If Alex’s lawyers can get him off the hook with that logic, pleading “comedic license” could become a Get Out Of Jail Free card for criminals. Maybe even spruce up comedian with a term like “viral street performer” to make it even more modern. Next thing you know every criminal will be a comedian, just like every celebrity that tweeted something stupid was hacked or every Seahawk that got caught using Adderall had ADHD.

And if you don’t think that anything Alex Sperber did was actually comedy, take a look at his mugshot after those dye canisters blew up in his face and the cops got to him. 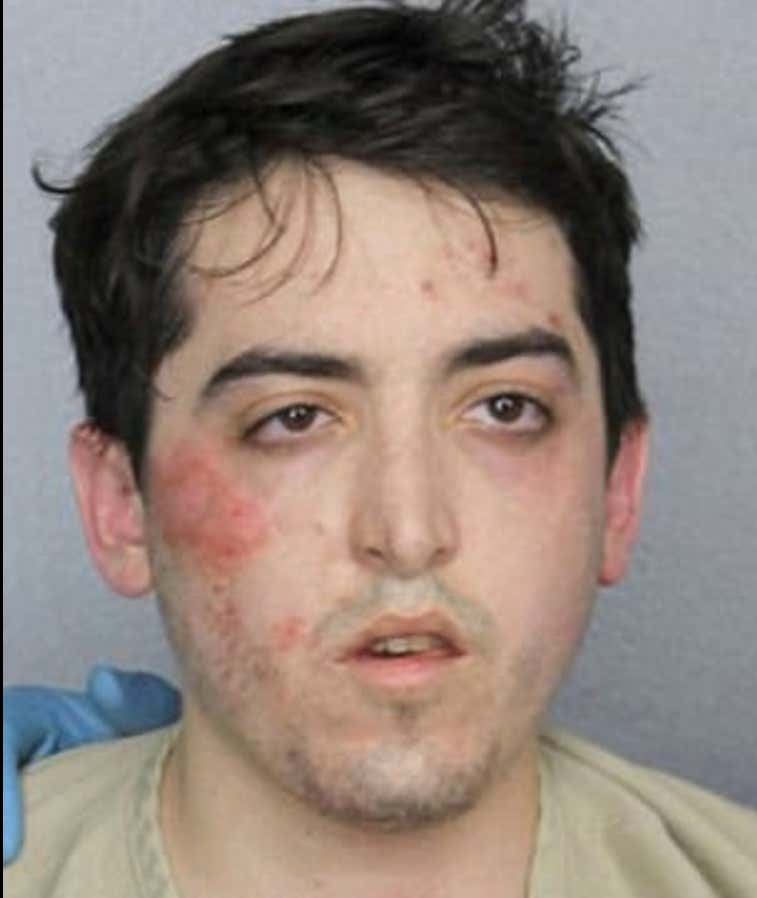 I like to think that I have a general idea of what is funny and that mugshot is flat out hilarious.