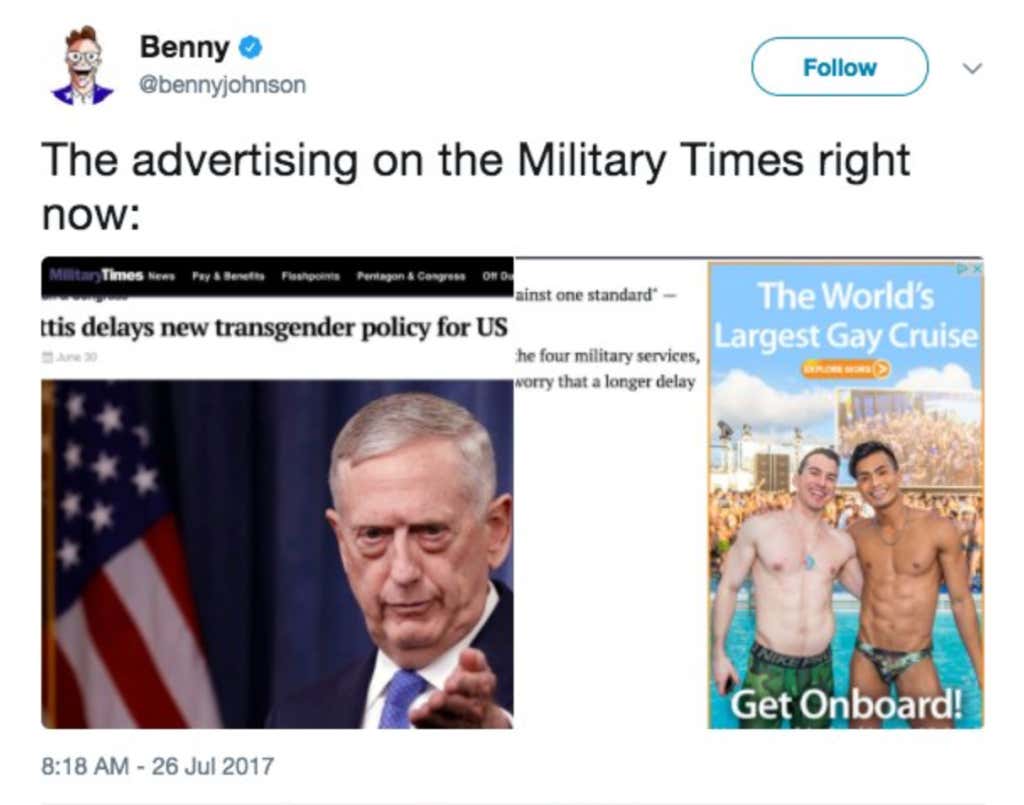 HELL YES! I fucking LOVE when this shit happens! For those of you who don’t really know how “the internet” works yet, a lot of blogs and whatnot have this thing called Google AdSense. They’re advertisements that are targeted specifically at you based on your search history and cookies on your computer. We get a lot of people who will screenshot them on Barstool and tweet them at us saying things like “Hey WTF is (insert masculinity threatening brand here) doing advertising on Barstool! You guys are sellouts!” from scared little men and it’s always a great treat to tell the world that, that advertisement shows up only for them because of things they’ve recently searched for.

Well, looks like our pal Benny Johnson has found himself in a similar precarious situation today. While he attempted to show that homosexuals are taking over our military and poisoning it from within, what he actually did was out himself as a guy who’s looking for a speedo-laden cruise to P-Town. It’s a tough look, especially for a guy who fancies himself a strong conservative. But this is how it always goes, isn’t it? The guy who gets on a soap box and shouts down gay marriage is the guy who’s gonna be toe tapping under stalls at a rest stop on the way home and the guy who thinks that no one except for GI Joe is qualified to serve is the same guy hoping to meet some seamen on the all-gay Harmony of the Seas Cruise to Atlantis in January 2018. Have fun, Benny!