Well, that’s a fucking bummer. How awesome is that roof thing? It’s amazing. Unfortunately it looks like they out-kicked their coverage so to speak, because that shit simply does not work. I love how they were like “you know how domed stadiums have been operating for years and years? Let’s complicate the hell out of it so it looks cool as shit from above”. And unfortunately, it didn’t work out. Frown.

ATLM - The roof at Mercedes-Benz Stadium will remain shut deep into the Atlanta Falcons football season this fall, as engineers work to “mechanize” its opening and closing, Steve Cannon said today. Cannon, who is CEO of AMB Group, the parent company of the Falcons, made the announcement at a board meeting of the Georgia World Congress Center Authority.

The roof already can open and close—in fact it was being closed today, albeit slowly—but engineers are still working on automating the process, so it can happen essentially at the push of the button and within 11 minutes. Currently, when the eight petals converge or retract, the process is conducted over a period of hours, as engineers calibrate the speed, take measurements, and ensure the seals are correct.

The rest of the stadium is amazing though. The 360 degree video board is incredible 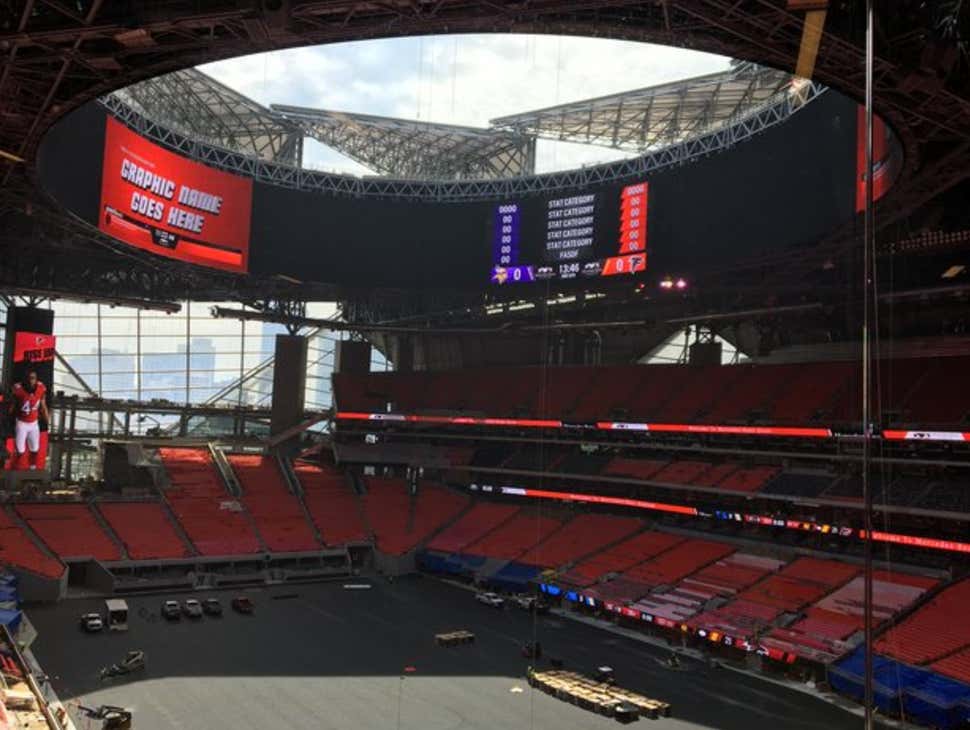 The outside looks great 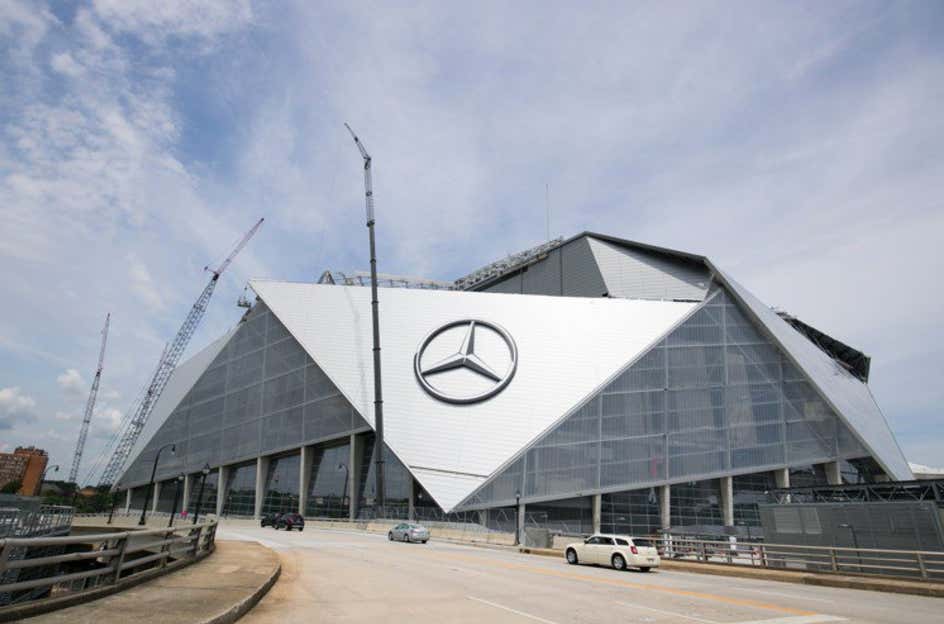 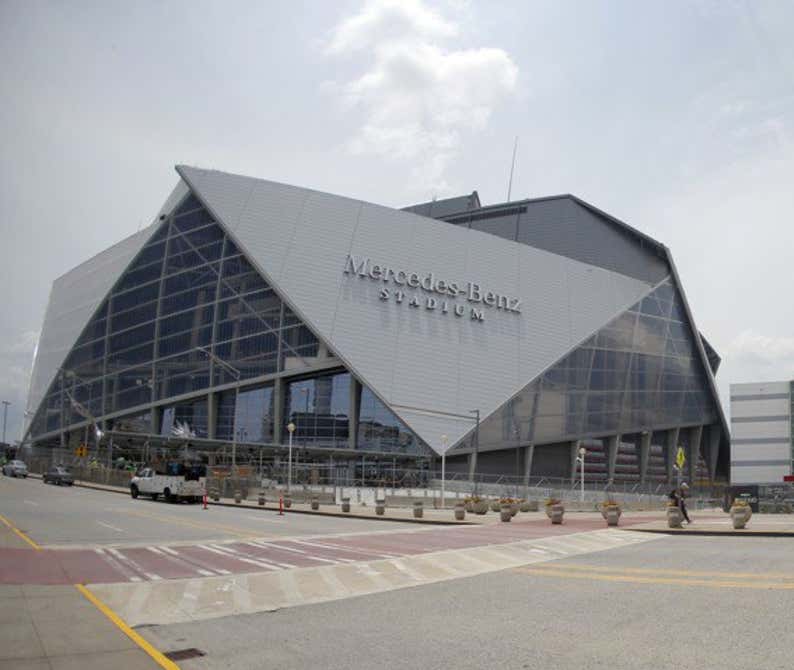 And the food is going to be super cheap:

The roof will stay closed, that whole 28-3 thing will hang over their heads forever, and Atlanta will continue to have the worst traffic imaginable, but hey, the rest of the stadium is pretty, pretty good.