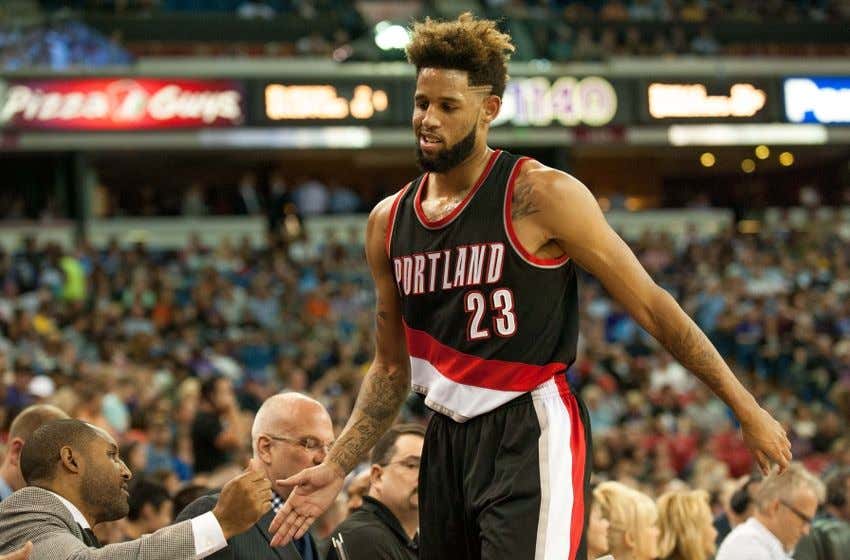 Alright, so on the surface this doesn’t seem like much. Trading a bad contract in Allen Crabbe to Brooklyn – who offered him said contract just a year ago – in exchange for Andrew Nicholson. Essentially a throw away as the Blazers are waiving and stretching him. So what does this mean? It’s step 1 in a bigger process.

The Nicholson stretch is a $2.8 million hit on the cap for the next seven years, but with Crabbe off the books it frees up a ton of space. Crabbe was due to make $19.3 million this year and $18.5 million the next two seasons after that. What this means is Portland can now take on another contract in say a Carmelo trade? Whether it’s Carmelo himself or if Melo gets traded to Houston and the Rockets send Ryan Anderson to Portland, this is now an option.

This also isn’t ideal news for the Celtics. The Nets keep getting a little bit better, while they will still suck, they might not be the clear cut favorite for the No. 1 seed over someone like the Hawks. The Nets can run out Jeremy Lin, D’Angelo Russell, DeMarre Carroll and Allen Crabbe now. Those are at least four legit rotational players in the NBA – which is more than you could say about the Nets before.

So this is just step 1 and 2 of the bigger process. Everyone be on their toes, because another trade is coming soon. Or I’m too woke and they decided to just drop their luxury tax bill from $48.3 million to $4.4 million, but it’s the NBA offseason and things like get nuts.